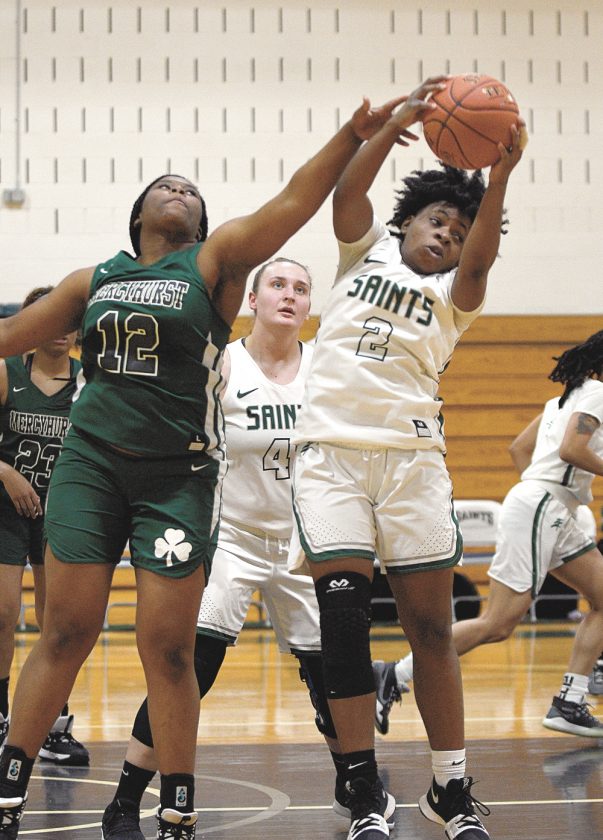 North Country Community College point guard Talesa Campbell hauls down a rebound after winning a battle with Mercyhurst North East's Ozjanique Tate during the first half of Friday's game. Pictured behind the play is North Country sophomore Kayla Carder, who tossed in a game-high 18 points to help the Saints improve to 12-0. (Enterprise photo — Lou Reuter)

But it didn’t take North Country long to get rolling, and once the Saints kicked it in gear, Mercyhurst didn’t stand a chance against the unbeaten, second-ranked NJCAA Division III team in the nation.

With all-American Kayla Carder draining a game-high 18 points, and three more teammates scoring in double figures, NCCC cruised to a 79-35 victory at the Sparks Athletic Complex.

The mascots for both teams were the Saints, and after they got going, the host Saints were never threatened. They led the visitors 46-16 at halftime, and then came out with a 10-point run after intermission while wearing down a Mercyhurst opponent that had just one substitute on the bench.

“The first five minutes we really struggled tonight. We only scored four points,” Dumont said. “Our last game was Dec. 12, so I think it took getting the rust off a little bit and getting the jitters out. Once we did that, we shared the ball, got out and ran and it was good for us.” 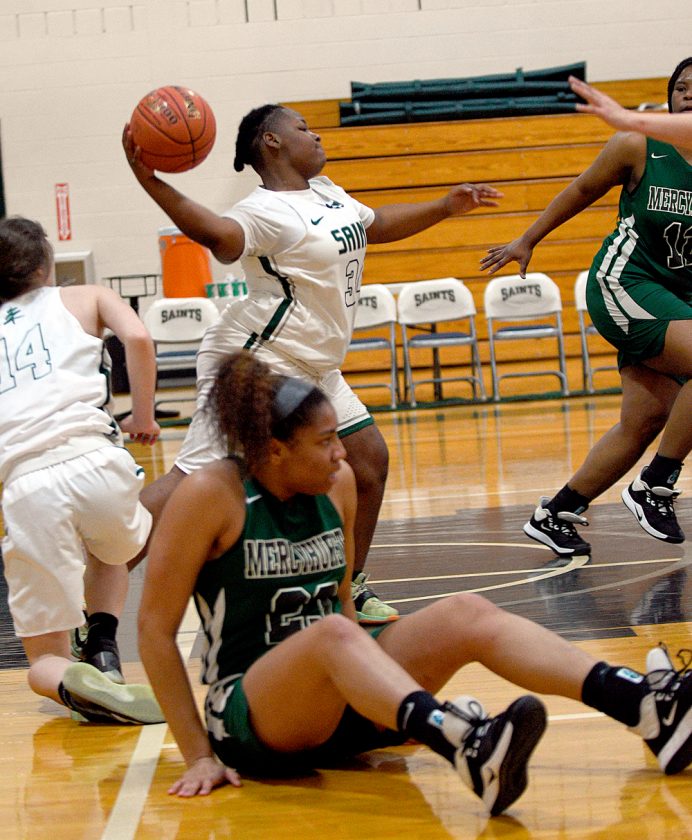 After scooping up a loose ball in a tumble of players, North Country’s Taylor Duffy fires the ball the length of the court to assist on a fast-break basket during the second half of Friday’s game. (Enterprise photo — Lou Reuter)

Mercyhurst North East, which dropped to 4-9, was led by Essence Sims, who dropped in 11 points.

Dumont said he’s pleased to see his team continue to play hard in all phases of the game so far.

“We defend really, really well. That’s what we pride ourselves on; defensive rebounding, and we try to get out and run as much as we possibly can,” Dumont said. “I thought that our defense and getting out in transition really wore them down. They only had six kids and I thought they got really tired. We pressured and pressured and pressured. Keeping the pressure on 94 feet in every game, that’s what we do.”

North Country improved to 12-0 and will be at home again Sunday to face UConn Avery Point with the opening tip-off scheduled for noon. 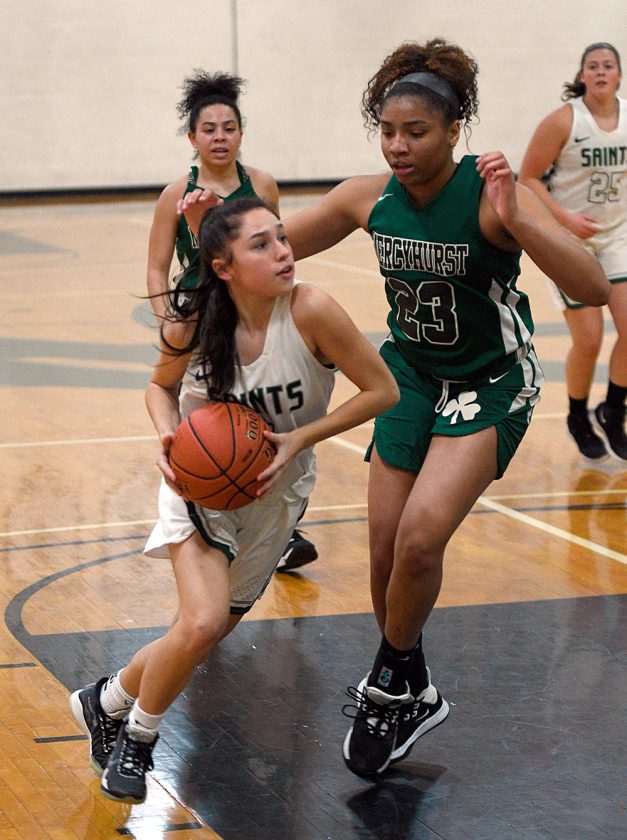