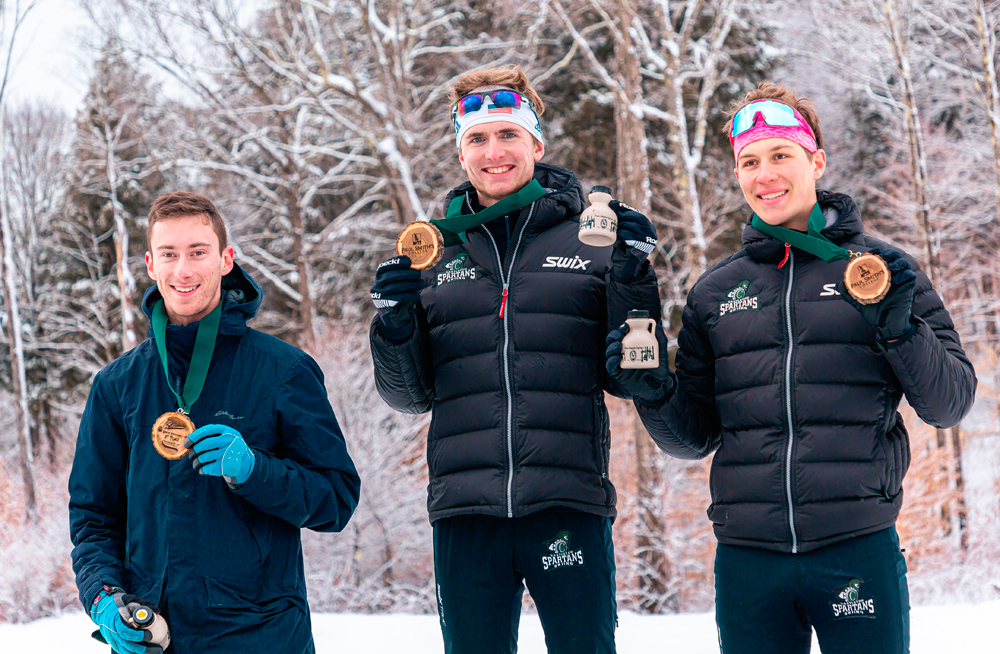 “For a first-time event, the turnout was terrific,” PSC President Cathy Dove said. “There’s no doubt we have a venue that will appeal to student/athletes who seek a world class education with a matching Nordic training site. PSC is now positioned to be a top site in the country.”

Earlier this winter, USA Nordic, the national governing body for the sport in the United States, declared PSC its eastern collegiate education and training site.

Castleton University’s Megan Greene won both the pursuit and sprint races each day in her first visit to the PSC campus.

“The course was so great to enjoy that it never really felt like I was torturing myself racing. It was awesome,” Greene said.

Her teammate John Paluszek captured the opening day sprints and immediately said the new trail network at the VIC is his second favorite course in the country behind only the 2002 Olympic site at Soldier Hollow, created for the Salt Lake City Winter Games in Utah. These were high honors for a course that did not exist on Labor Day.

“I am ecstatic with the events and the feedback I received from my fellow coaches and the athletes,” PSC head Nordic ski coach Matt Dougherty said. “I think we’ve now planted the seed to host many more competitions. They definitely want to come back and we certainly want them to return.”

The Paul Smith’s men’s team finished sixth in the sprint.

The brand-new Nordic Center on the PSC campus, with 6.2 miles of new competitive trails built to International Ski Federation (FIS) specifications this past fall, adds to the existing 25 kilometers at the Visitor Interpretive Center for recreational skiing.