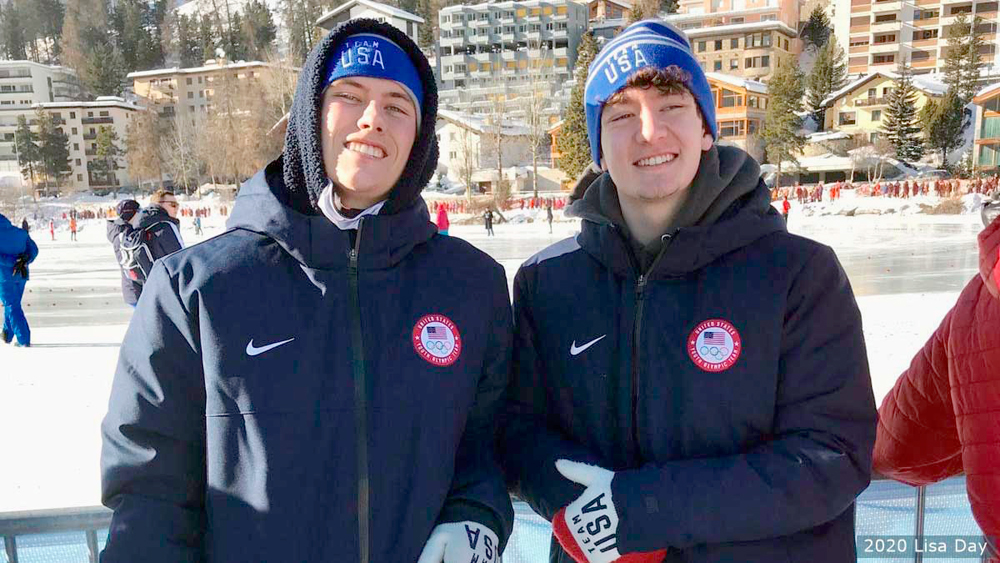 The luge doubles team of Sam Day and Sam Eckert has only been sliding together for two months.

In those two months, the duo has developed complete trust in each other. Which is good, because in order for the two to slide in synch at speeds of 120 to 125 kilometers per hour — which equates to roughly 75 miles per hour — without brakes, it’s vital for the partnership to be rooted in trust.

But their foundation of trust has been a long-standing element of their friendship-turned-partnership, as if awaiting this moment of competing on one of the largest stages of their careers at the Winter Youth Olympic Games.

While Eckert, of Wilmington, has previously been a singles luge athlete and Day competed in singles and doubles, the two only recently were paired up. But the recent pairing could withstand the test of trust, thanks to their friendship and being teammates for five years.

“It’s pretty important,” Eckert explained on the importance of having faith in each other. “We’ve had that experience together and we’ve been roommates since the start, so we have that background going into doubles, which is big.”

One of the biggest advantages is being able to openly communicate — and critique — each other.

“We can tell each other anything and be pretty straight-forward,” Eckert said. “If there are improvements that need to be made, we will just tell each other, and it will be done. It’s pretty awesome.”

While their partnership within the last two months has been smooth sailing for the pair, not everything has gone as they would have pictured since arriving in St. Moritz, Switzerland, in the lead up to their men’s doubles race on Friday.

During a practice run this week, Day sustained a small injury that briefly landed him in a local hospital.

“My foot got caught behind the sled and I dragged,” said Day, who lives in Wantagh. “It went right through my bootie. I looked down and there was blood everywhere. I went to the medics and they sent me to the hospital to make sure it wasn’t bone. But thank God it wasn’t bone.”

The injury, which is fairly common in luge, will not sideline Day, who focused on keeping his injury clean this week. For Day, this has been just a small bump in the road.

“You just have to deal with it,” Day said.

The two dealt with the injury this week while practicing on the track of St. Moritz, which was the host of the 1928 and 1948 Winter Olympic Games.

But bumps and bruises aside, the two will rely on what they know best to slide them down the track on Friday: trust.