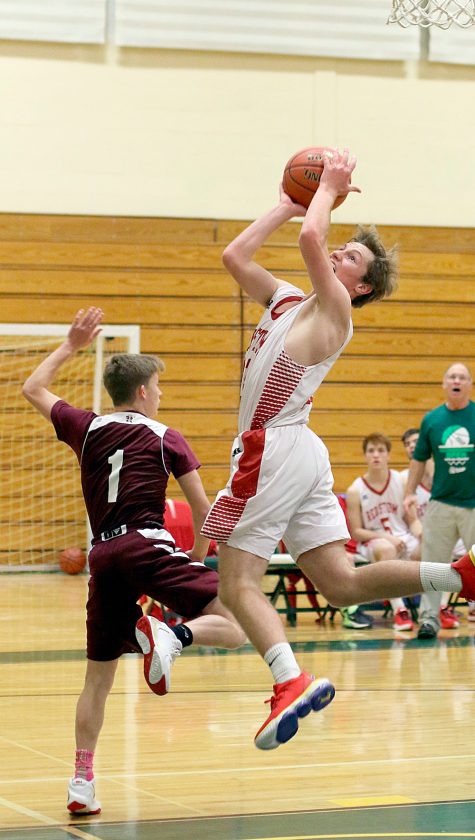 PAUL SMITHS — The Old Forge boys basketball team put together strong second and third quarters Saturday to take control of what became a 51-44 victory over Saranac Lake in the championship game of the Adirondack Open tournament at the Saunders Athletic Center.

Tupper Lake took third place in the tournament after beating Lake Placid 50-48 in the consolation game.

Old Forge rallied in the second quarter with 17 points, then put up another 17 in the third to take a 39-31 advantage into the fourth quarter. Roger McGrady scored 16 points and Jimmy Connell hit for 13 to lead Old Forge offensively.

The Tupper Lake-Lake Placid game was a back-and-forth affair. The Blue Bombers went into the locker room at halftime with a 28-21 advantage, but Tupper battled back in the third and eventually worked its way into the lead in the fourth quarter.