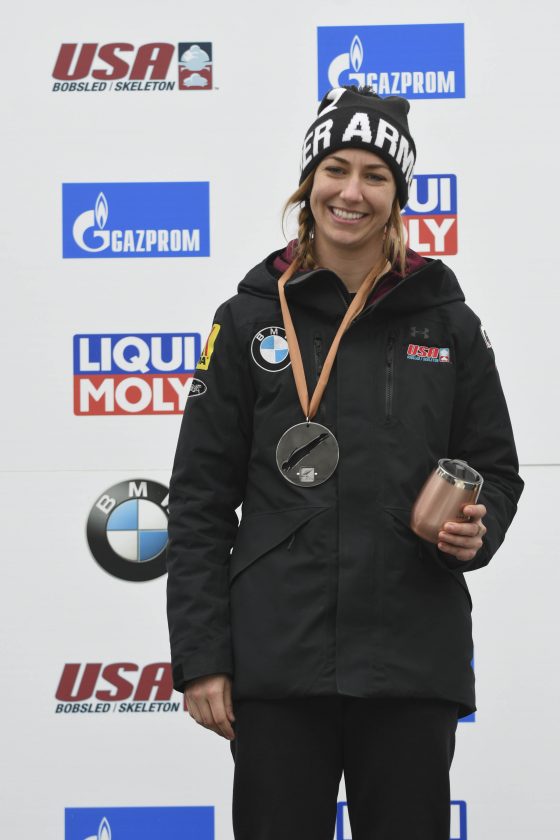 LAKE PLACID — Russian sliders swept the top spots on the podium in Lake Placid Friday, as Alexander Tretiakov and Elena Nikitina won the men’s and women’s skeleton races on the first day of this week’s World Cup action at Mount Van Hoevenberg.

The skeleton races kicked off three days of racing at the mile-long run, with the competition continuing Saturday and Sunday with bobsledding.

Nikitina won the women’s title by more than a second with a winning two-heat time of 1 minute, 49.93 seconds. Germany’s Jacqueline Loelling was runner-up in 1:51.05, and Austria’s Janine Flock took the bronze with a 1:51.11 combined time.

Nikitina won here on the same run in February when the World Cup stopped in Lake Placid a season ago.

Friday marked the second straight week of World Cup racing at Mount Van Hoevenberg, and in one-upping her performance from a week ago, Kendall Wesenberg posted a fifth-place finish in Friday’s women’s skeleton. 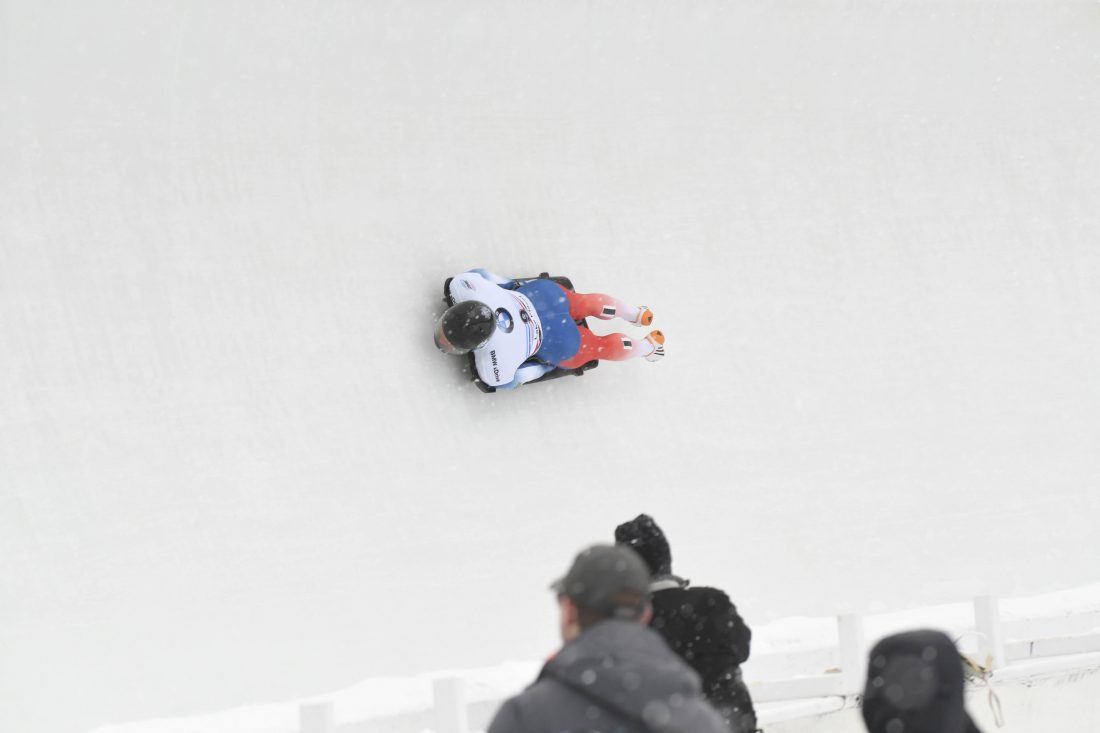 Wesenberg placed sixth on the same track in the World Cup season-opener.

“A podium finish is great. If you had told me a few weeks ago I’d finish in the top six, I would say cool, I can take that,” Wesenberg said. “I can take fifth place, but the perfectionist in me wants a little more there. I was aiming for the medals for sure.”

Wesenberg began her first run with a start time of 5.52 seconds and crossed the finish line with the fourth fastest time of 55.42 seconds. On the second run, Wesenberg clocked a start of 5.54 seconds for a downtime of 55.80 seconds, which dropped the 2018 Olympian into fifth with a combined time of 1:51.22.

Wesenberg was still on crutches in April from hip surgery, and is continuing to gain back speed and strength.

“I’m looking forward to getting some down time over the break, let the body feel good,” she said. 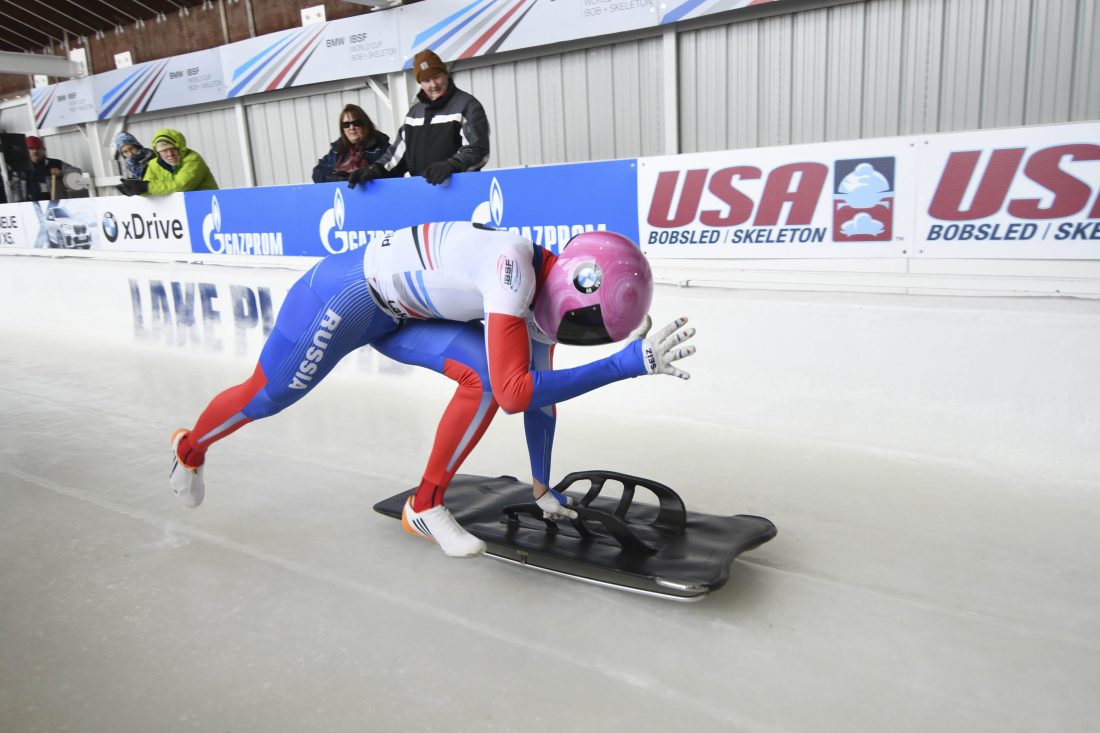 Former American University field hockey players Savannah Graybill, of Denver, Pennsylvania, and Megan Henry, of Roxbury, Connecticut, finished 12th and 13th, respectively. Graybill clocked start times of 5.56 and 5.53 seconds for runs of 55.88 and 56.27 seconds to finish 12th in 1:52.15. Her sled came out of the groove in the second heat. Graybill said her heart sank, but she was able to recover on the run.

“Today was really positive,” Graybill said. “I really needed to take a step back this week and relax, and I felt really solid about that today. I had a little difficulty at the top in the second run, but I’m proud of myself for coming back.”

In the men’s race, Tretiakov, nicknamed the “Russian Rocket,” was victorious in 1:46.55.

Tretiakov took the bronze a week ago in the World Cup’s opening race in Lake Placied. He won here in World Cup racing last season in February.

“I thought my runs were pretty good, but I’m obviously missing something,” Florian said. “We’re going to figure it out and see what we can get going for the second half. I think it’s a mixture of everything. My push is lagging and that doesn’t help either, but I’m coming off a back injury and can’t expect it to be perfect right away.”

Ivanov had a personal best by almost half a second in today’s first heat with a downtime of 53.45 seconds.

“It was a massive personal best,” Ivanov said. “I was pretty stoked.”

Ivanov pushed off the bock in 4.97 seconds, identical to his first heat push time, for a second heat of 54.44 seconds. Ivanov dropped back five spots into 15th with a combined time of 1:47.89.

“My second run felt good and my push felt solid, so I did everything I had to do,” Ivanov said. “Sometimes you can do all of that and not get the downtime you want. I need to make some adjustments going into next race, but I’m hopeful.”

USA Skeleton head coach Tuffy Latour said that Blaser made improvements from last week, but World Cup jitters still played a role in his performance. In his second-career World Cup start, Blaser pushed a start time of 4.91 for a run of 53.91 seconds. He barely missed the top-20 cuttoff for the second heat and finished 22nd.

NBC Sports and the Olympic Channel will have broadcast and digital streaming coverage of the event.