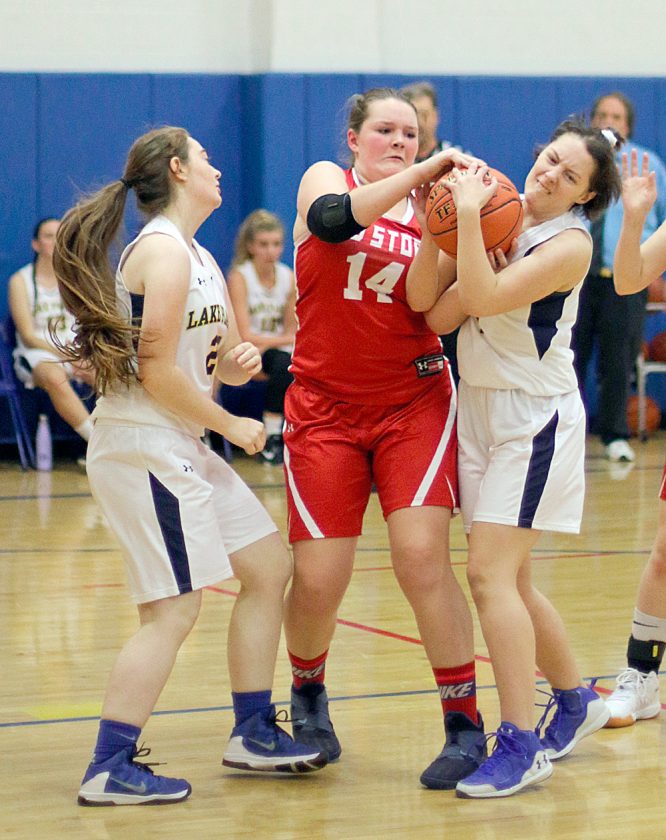 LAKE PLACID — The Saranac Lake girls basketball team scored 10 points in the third quarter Thursday night on the way to a 35-22 victory over Lake Placid.

Nora Glover and Serena Stevens each scored four points in the quarter as the Red Storm were able to build a 26-14 lead going into the fourth.

“I thought we shared the basketball well tonight, with all but two of our players getting baskets,” Saranac Lake coach Chad LaDue said. “It was a good team win, and we need to keep getting better as we start league play (Friday) vs. Northern Adirondack at home.”

Kelsey Leeret led Saranac Lake in scoring with 10 points, six of which came on 3-pointers. Mecalyn Sousa made one 3-pointer and scored seven points, Stevens finished with six points and Alex LaDue hit for four.

Saranac Lake improved to 2-0 with the victory.

Grace Crawford connected for nine points to pace the Blue Bombers, while teammates Izzy Armstrong and Deidre Kellerman each had four points.

Lake Placid is 0-2 to start the season.

Haley Murnane made five 3-pointers and racked up 21 points to pace Seton Catholic. 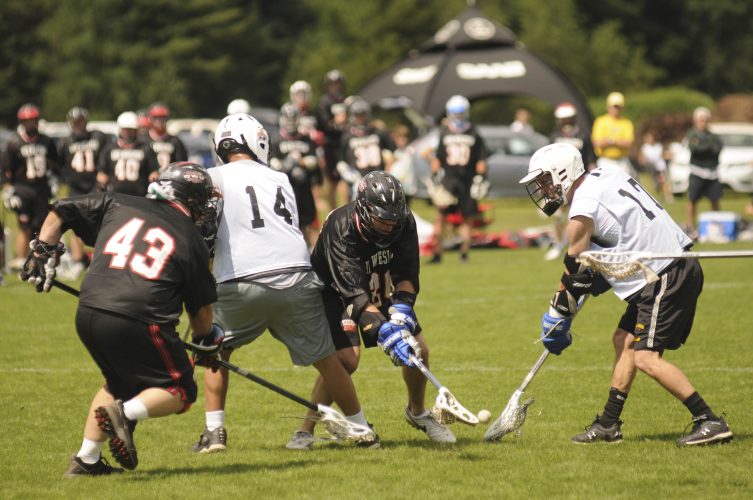