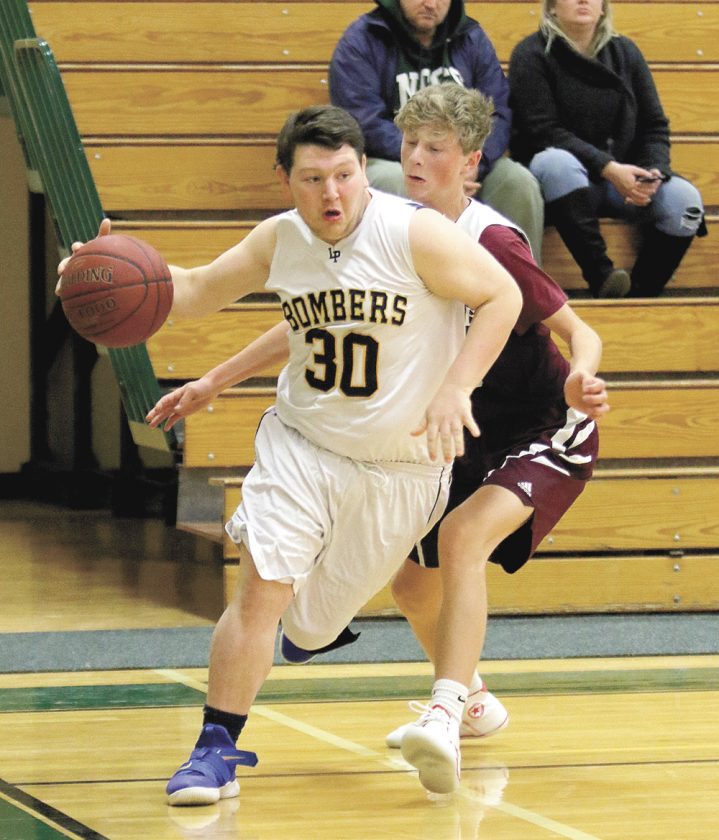 Old Forge opened its game against Lake Placid with a 13-0 run and went into the second quarter with a 20-4 advantage. The Blue Bombers battled back, but never got closer than the 15-point final margin.

Roman McGrady and Jimmy Connell each poured in 17 points for Old Forge.

Landen Faubert scored 18 points, including five 3-pointers, and Nate McCarthy hit for 15 points to lead Saranac Lake offensively. The Red Storm took a 29-15 advantage into the locker room at halftime.

TUPPER LAKE — The Tupper Lake girls basketball team fell behind early and never recovered Friday on the way to a 46-19 loss to St. Regis Falls.

St. Regis Falls raced out to a 16-0 lead after the first quarter and never trailed the rest of the game.

SLP got on the board first when Darianna Patterson scored at 5:18 of the second period. Plattsburgh scored the equalizer at 12:42 of the third period.

TICONDEROGA — Alyssa Summo scored 21 points to lead the Keene girls basketball team to a 41-33 victory over Ticonderoga on Thursday night.

Haylie Buyssee chipped in eight points for the Beavers.

The Ticonderoga boys basketball team had three players in double-digits Thursday in a 56-25 victory over Keene.