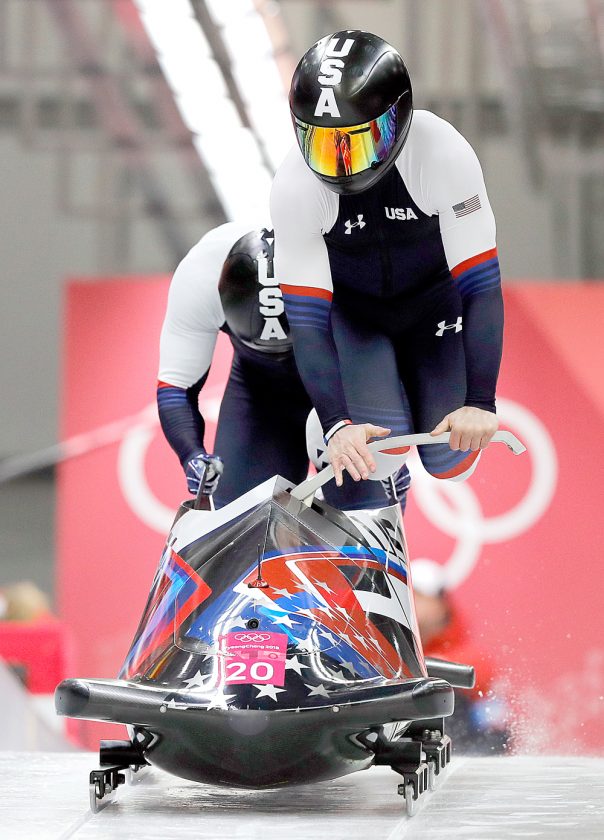 The World Cup — with competition slated for Saturday and Sunday — will be the first of the season. It was originally scheduled for last weekend in Park City, Utah, but due to refrigeration issues at the sliding track there, the Utah Olympic Legacy Foundation and IBSF worked with ORDA and USA Bobsled & Skeleton to move it to Lake Placid.

“We could not do what we do without strategic partners, and none of these partnerships is more important to us than the ones that exist with our track operators at the Utah Olympic Legacy Foundation and the Olympic Regional Development Agency,” USA Bobsled/Skeleton Chairman Emeritus and Interim CEO John Rosen said in a press release.

The U.S. women’s skeleton team will be represented by Savannah Graybill of Denver, Pennsylvania, Megan Henry of Roxbury, Connecticut, and Kendall Wesenberg of Modesto, California.

The U.S. men’s skeleton team will be represented by Andrew Blaser of Meridian, Idaho, Austin Florian of Southington, Connecticut and Alex Ivanov of Carlisle, Massachusetts.

Henry, Blaser, and Ivanov will make their World Cup debuts this weekend, according to USABS. Henry may not have World Cup experience, but she did earn a spot onto the 2015 and 2019 World Championship teams.

This is Florian’s second season, and he is eager to improve on last year’s 10th-place finish.

Two American sleds will compete in the women’s bobsled race. Three-time Olympic medalist Kaillie Humphries of Carlsbad, California is set to make her World Cup debut for the U.S. along with Olympic silver medalist Lauren Gibbs of Los Angeles, California. And Brittany Reinbolt of Searcy, Arkansas will pair with Sylvia Hoffman of Arlington, Texas.

Humphries, 34, was born in Calgary, Alberta, and she is Canada’s most decorated Olympic bobsledder. She’s competed in three Winter Olympics: at Vancouver in 2010 (gold medal), Sochi in 2014 (gold medal) and Pyeongchang in 2018 (bronze medal). After a one-year hiatus, Humphries earned a spot on this season’s U.S. team.

Although Codie Bascue of Whitehall sustained an injury during the U.S. bobsled trials, he is expected to compete in the two-man bobsled races this weekend along with brakemen Josh Williamson of Lake Mary, Florida (first competition) and Kyle Wilcox of Tampa, Florida (second competition).

Hunter Church of Cadyville and brakeman Kris Horn of Pembroke, Massachusetts will compete together in both races. Dakota Lynch of Boise, Idaho will compete as a brakeman for Geoff Gadbois of Milton, Vermont on day one while Blaine McConnell of Tacoma, Washington will push Gadbois on day two.