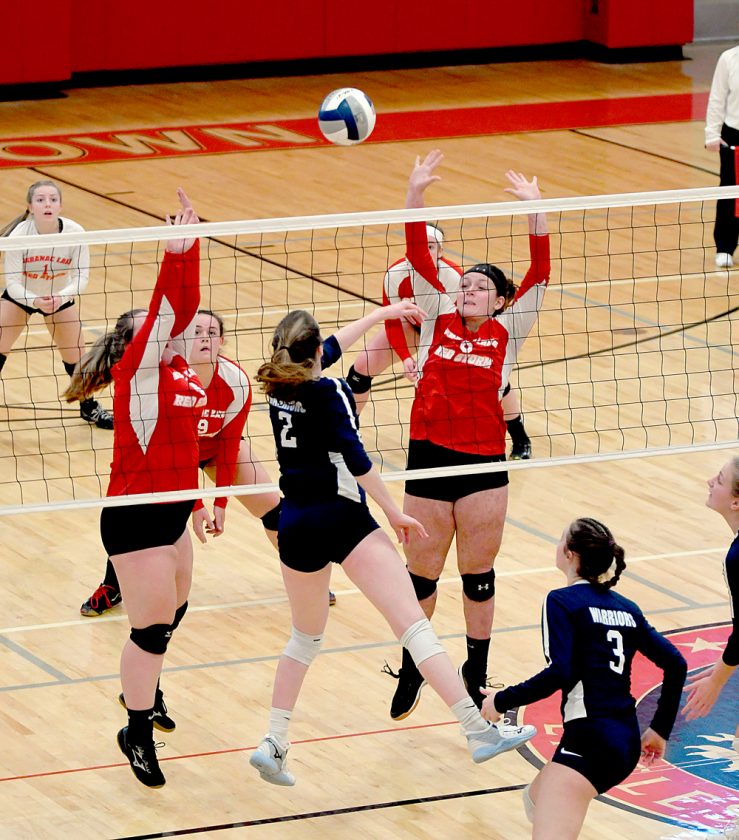 The talented Warriors defeated the Red Storm by 25-17, 25-7 and 25-20 scores. It marked the third straight year that a successful Saranac Lake volleyball run in Section VII was halted in the next round by a Section II champion.

The Warriors improved to 22-2 with the victory and advanced to the state Class C final four being held this weekend.

The Red Storm, who were strong defensively all season long during their Champlain Valley Athletic Conference schedule, struggled with the hard, accurate hitters that Lake George threw at them while playing at an uptempo pace on the court. As was often the case, wherever Saranac Lake left a hole on its side of the court, the Warriors found it.

“The difference between these two teams is the IQ; seeing and knowing what to do in certain situations,” Saranac Lake head coach Mike Navarra said. “Lake George did exactly what they needed to do. When you see them tip, they know and see the opening because they could see that our whole entire defense is moved forward. They hit balls deep, they’ll go to the angles. They use the geometrical theory that I go by. Angles are much harder to dig going straight at you.” 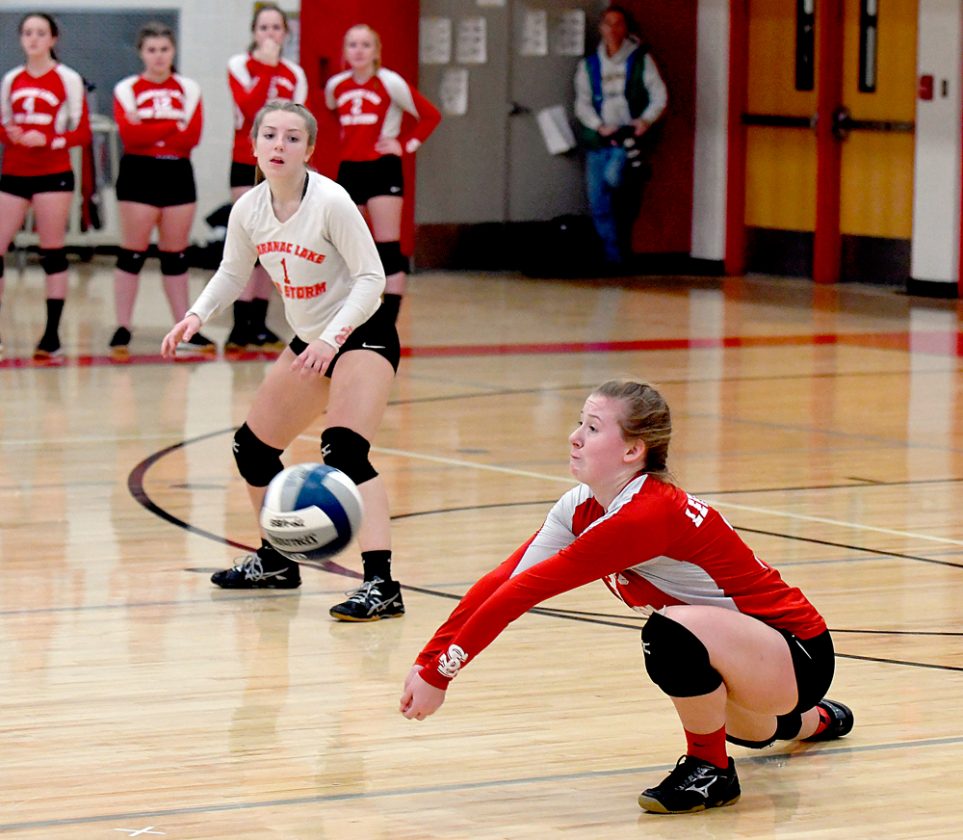 Saturday was the final time that five Saranac Lake seniors — Sydney Andronica, Katie and Madie Gay, Nora Glover and Meagan O’Brien stepped on the court competing in high school volleyball. The group, who Navarra dubbed his “Fab Five” are all three-time champions as members of the Red Storm squad.

With the loss, the Red Storm ended their season with a 14-5 record.

“We’ve struggled all year offensively,” Navarra said. “We’re lucky enough to have a defensive player like Sydney. It does make a difference with her getting the balls up to have second chances, but against a team like Lake George, they do have big hitters. So when they hit, they put the ball down. We just need to get some hitters.

“Our team progressively got better throughout the year,” Navarra added. “For the first half of the season, they were finding themselves, figuring out their positions. The second half, we did make some changes because we didn’t have that offensive attack. Other than this loss, we went 9-2. It was a successful season.”

Saturday marked the 18th time this season that Lake George swept its opponent by a 3-0 score.

“We try to play fast and offensive and serve well,” Warriors coach Brittany Jones said. “We just try to keep the ball up any way we can. We knew Saranac Lake was pretty solid defensively. We just tried to keep them out of system so they can’t run their offense. Everyone on our team does their job and they do it well.”

Despite the loss, Red Storm players cherished the opportunity to compete again in state playoff action.

“It was exciting. It was so much fun,” Katie Gay said. “We just have a tough time with their hitting and blocking. We ran into a very good team.”

“It was a lot of fun,” added Madie Gay. “It’s just hard going in against a Section II team when you know they are always going to be tough. Our strategy today was come in hard, and we did that, but they really can hit. Section VII teams don’t hit like that. They can kill the ball. They just made it hard to run our offense.

“If you’re going to go down, there’s not a better way to do it than with the girls you’ve been playing with since seventh grade,” Maddie Gay continued. “All five of us were out there tonight. Going into the third game, we knew it would be tough coming back from two down. We went down, but we did it together, and that was satisfying.”

“It’s tough losing our five seniors, but we have some up-and-comers,” Navarra said. “Basically we’ve created a program over the past six years. They are being developed from the modified level to the JV to the varsity, but what I’ve noticed is you have to get these girls to the varsity level early on. Hopefully, we can keep going in that direction.”