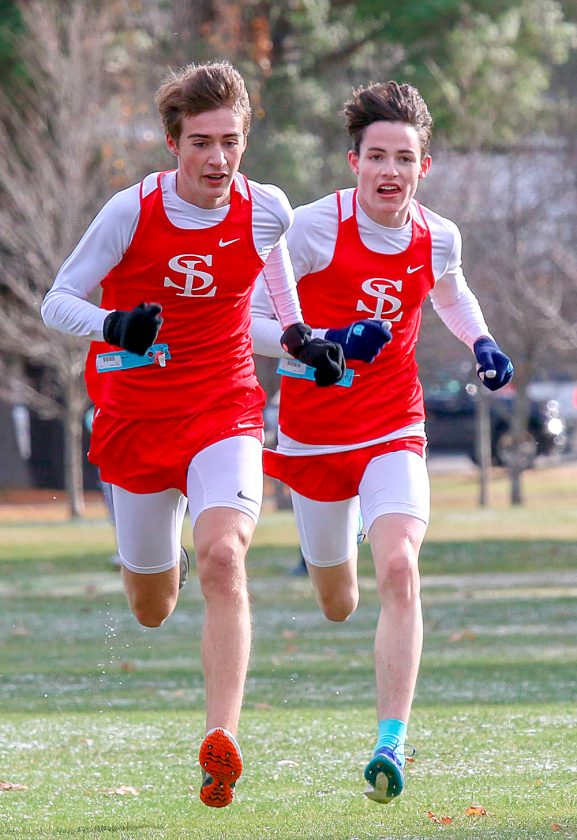 PLATTSBURGH — For the first time since 2009, Section VII will be hosting the NYSPHSAA cross country state championships at Plattsburgh State.

The meet is set for Saturday, starting at 9 a.m. with the boys Class A race.

The Red Storm boys will look to defend their Class C championship title from last year as well as place in several of the top spots. Saranac Lake head coach Bill Peer is happy to be able to bring his boys team to states once again, as well as two runners from the girls team.

“It’s just been another regular week of practice for us,” Peer said. “With the snowstorm coming in earlier in the week, we did a little bit of adjustment, but we’ve had a good week and stayed outside running in the cold. We think it’s important to just be acclimated to the weather.” 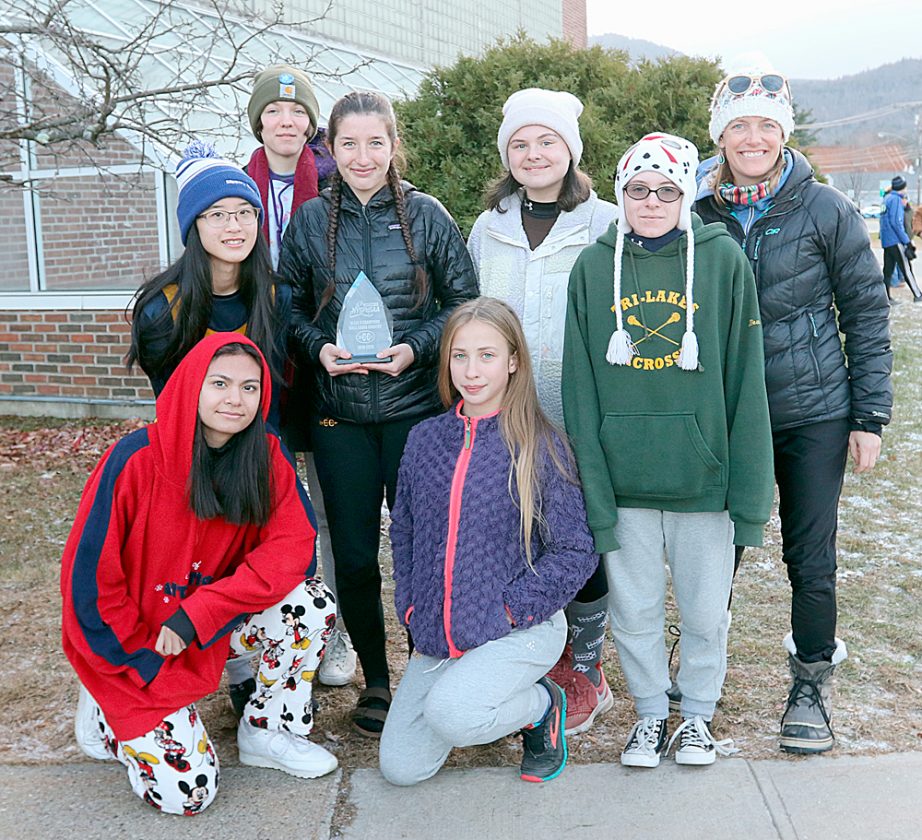 The top seven who will run for Saranac Lake include Peter Fogarty, Andrew Fogarty, Micah McCulley, Tucker Jakobe, Sam Ash, Justin Duprey and James Catania. Each runner in the group is a junior, except for Ash who is a freshman.

Catania, who was the top Class C finisher at last week’s state qualifier in Elizabethtown with a time of 15:10, will return for his third trip to the state meet after competing as a freshman and a sophomore. He was Saranac Lake’s top finisher in last year’s state meet, placing ninth in 16:56.8.

“Like all the rest of our guys, he’s very good at preparation, understanding what our goals and his goals are, and knowing his race plan and what he wants to do,” Peer said. “We are fortunate that we have seven guys that prepare in similar ways and really want to work hard and perform.

“I think all of our guys really enjoy racing. I think James really enjoys the big races and doesn’t seem to be wowed by the big moment.”

The two girls who will be racing and returning to the state meet for the Red Storm are Gwen Mader and Katie Samperi. Mader is returning for her third state meet, and Samperi is back for her second.

“Obviously we’re a little disappointed we didn’t get the girls team there although we had a great season with all of our girls,” Peer said. “But we’re happy for those two girls to get the chance to go to the state meet.”

Being able to race at a Section VII site is convenient for the runners in the area because it gives them the chance to push themselves to the limit on a familiar course.

“Well it’s nice that it’s only an hour drive away, and it does mean something to be at a state championship in Section VII, which is somewhat of a home course. We’ve raced that course two times this year, and we’ll practice there (Friday) with our guys and our two girls,” Peer said. “I think our guys are excited about the opportunity. It also affords us the chance to bring other kids that would not normally get to go to a state meet.”

Since the Saranac Lake boys are competing for the championship title again, they’ve been keeping an eye out on the performance of other teams throughout the state. According to Peer, there are several teams that are front-runners for the first-place spot, and his team will have to work hard and work together to win again.

“In my mind, there are four or five teams that are really going to have a shot. We do not take any of these teams lightly, and we think this is going to be a big challenge for us,” he said. “Hopefully we’ll be in contention at the end to possibly win it.”

In a turn of events, the Saranac Chiefs will race at the state meet for the girls with senior Rachael Woodruff leading the pack.

The Saranac boys and girls cross country coach, Jim Medeiros, is excited to be able to bring a group of young athletes to the championship.

“We’re ranked pretty low in terms of the teams that are favored to win. This is a young group of kids we have this year and a lot of them are making their first trip to the state meet,” he said. “We’re just hoping that they have good races moving forward with the group that we have coming back next year.”

Woodruff will returns to the state meet for the fifth time after winning the Section VII Class C girls race with a time of 17:35. She placed fourth in last year’s championship meet and according to Medeiros, runs among the top eight girls or so in the state.

“The best runner we’ve ever seen here at Saranac. She’s just so focused, hardworking and the ideal runner,” he said. “She went down to New York City, and she won in Van Cortlandt Park early in the season, and she set course records this year. She’s had an outstanding career, and watching it has been something that I’m glad I stuck around for.”

Another coach headed to the state meet is Seton Catholic’s Kathy Champagne, who has three boys and three girls racing as individuals for the Knights.

Luke Moore, Sam DeJordy and Jake Glicksman will race for the boys, and Savannah DeJordy, Lea DeJordy and Faline Yang will be running for the girls.

“What I told my runners is that it’s not about time on Saturday, but it’s all about place and position and getting out because it’ll be tough to make up as you go through,” Champagne said. “We’re excited, but the one thing we can’t control is the weather.”

Champagne is also the girls Section VII cross country coordinator and has been involved in the process of hosting the state championship meet since the idea was proposed several years ago.

“It’s been a lot of coordinating events ahead of time and then in July is when things really started to pick up,” she said. “The course won’t be exactly what it was originally because of the conditions, but I know they’ve been doing work and someone has already made a path for the runners.

“We have a couple of different contingency plans for the course as well, and it’s supposed to be really cold, so they definitely want the kids to have undergarments on as well as hats and gloves.”

Champagne also mentioned that Matt Medeiros organized some work crews to go in and help get the course ready for the practice on Friday as well as the race on Saturday.

Another person who has contributed a lot of time and energy into the meet is the boys Section VII cross country coordinator, Brian Kiely.

This is Kiely’s fourth time helping host a state meet for the section.

“Brian Kiely is definitely contributing a lot because he’s done it before, and he’s done a lot of the work in contacting emergency services, dealing with the Field House and the college and all the box lunches for runners from the other schools,” Champagne said. “It’s a lot of behind-the-scenes action with organizing volunteers.”

Although conditions are supposed to be rough, hopes are high that the meet with go off without a hitch.

“I hope we get people to come out and watch and that the guests that come up to Plattsburgh have a good experience in the community the night before,” Champagne said.