Gustafson breaks through for title 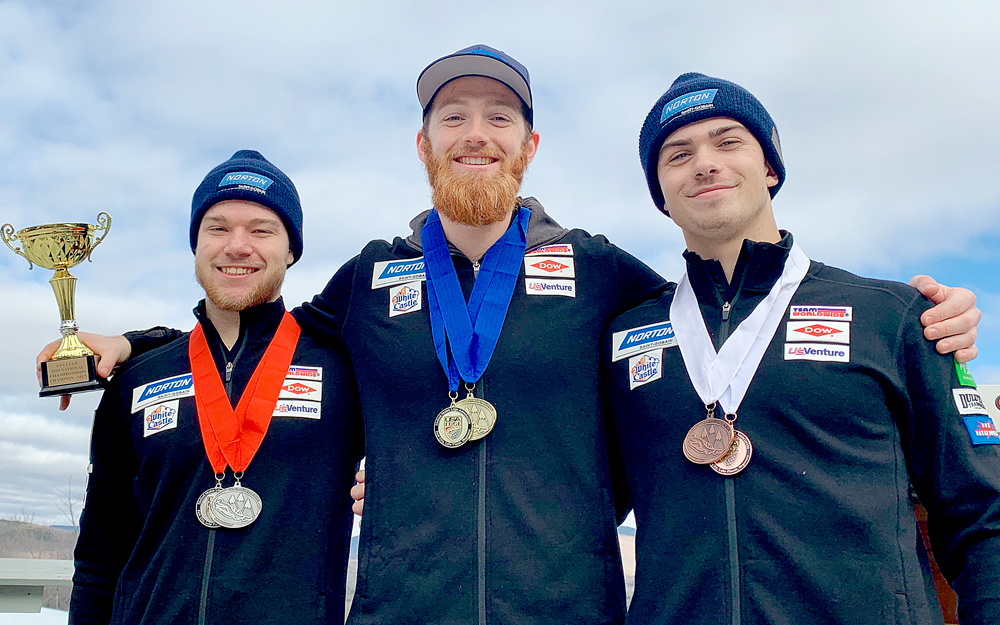 Over three-quarters of a mile, Britcher, of Glen Rock, Pennsylvania, held off 2019 World Championship bronze medalist Emily Sweeney by 0.006 of a second to capture the Norton crown, with Brittney Arndt third.

A two-time Olympian, Britcher finished third in the World Cup overall standings the past two seasons. Her victory occurred despite a broken sled runner in the first leg that needed attention between heats.

“The race went pretty well for me,” Britcher said. “I had a few small issues between runs but I was able to rally and get everything fixed up and I’m pretty happy with the results.

“Breaking a kufen (runner) is always a little stressful, but luckily, with a great coaching staff we were able take care of things and make sure I could put my best foot forward in the second run.” 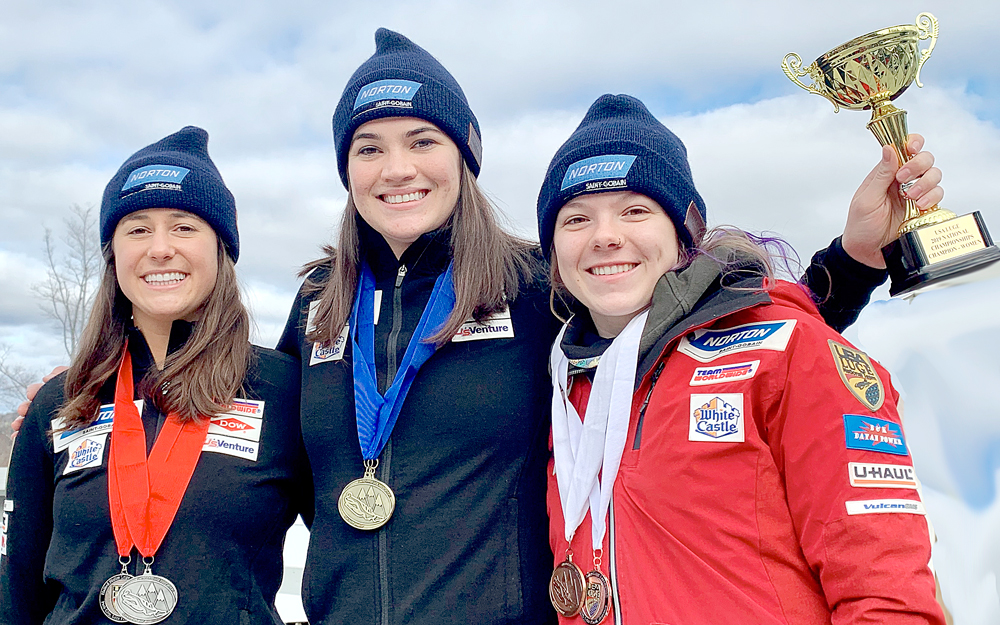 Tucker West, a 2014 and 2018 Olympic team member from Ridgefield, Connecticut, crashed as he approached the conclusion of his opening run and did not finish the race. West was testing a new sled and had very fast intermediate times prior to the mishap.

Gustafson bested a trio of junior national team members, with Sean Hollander trailing the winner by 0.5 of a second in the two-run competition. Hollander, of Lake Placid, used the final heat to improve from third to second place. Zack DiGregorio slid into third place. Chris Mazdzer, the 2018 Olympic silver medalist who grew up in Saranac Lake and now lives in Salt Lake City, is sidelined until later this month and did not compete.

After torrential spring-like weather canceled Friday’s action, the Norton nationals and seeding race were relegated to a one-day affair, singles only, with the one result counting twice.

Temps on Thursday were in the low-60s, but fell to 33 degrees by race time. The weather change, along with hours of ice repair and preparation by the Mount Van Hoevenberg track crew, delivered a fast and smooth race course.

“It’s a cool feeling to say the least,” said Gustafson, of Massena, about his first U.S. title. “The weather wouldn’t cooperate the past couple of days. We went from frosty ice that made it easy to get down, to track record ice and at least World Cup ice today. It was a huge difference. It was definitely a hard transition going from taking it easy, to having to throw down good runs with more of a possibility of messing up, but we’re used to this at this point. We’ve been sliding for so long and have had conditions like this before, but it was fun to get back on good ice.”

Mazdzer, the eight-time Norton champion, posted on Instagram Saturday morning that a torn tendon in his arm and a chronic neck issue must be addressed before he can resume sliding. The three-time Olympian will not accompany the team next week when it travels to Sochi for ice time on the 2014 Olympic and 2020 World Championship track. The 31-year-old is under the care of USA Luge Team doctor Eugene Byrne.

Britcher opened a 0.14 of a second-advantage over Sweeney in the first run, with the latter athlete rallying in the final leg to put heat on the winner. Britcher totaled 1 minute, 28.292 seconds. Sweeney, of Lake Placid, posted 1:28.298 including the fastest second run.

“It was fun, finally. We had a challenging week with weather conditions,” said Sweeney, a 2018 Olympian. “It was so refreshing to have hard ice and actually have luge feel the way it’s supposed to feel. I found joy again in sliding which was refreshing.

“This is home. I’ve had so many runs here and I know no matter what position I’m in, yes, I’ll lose a little time here and there, but I’m going to be fine on the sled. I’m going to crush it.”

Park City, Utah residents Arndt and Ashley Farquharson were third and fourth, respectively. Arndt trailed Britcher by .3 of a second; Farquharson, entering her first year with the national team, was 0.7 from the winner.

The improving Gustafson cruised to victory in 1:43.522 down the one-mile long men’s singles layout. Hollander recorded a pair of runs totaling 1:44.049, followed by DiGregorio in 1:44.339.

The Norton national races served as a final competition preparation prior to the start of the Viessmann World Cup tour on Nov. 23-24 in Igls/Innsbruck, Austria. The following weekend, Nov. 30-Dec. 1, World Cup action returns to Lake Placid. The women’s race on Nov. 30 will air live on NBC at 2:30 p.m.