LAKE PLACID — Two-time Olympian Summer Britcher gave the United States National Luge Team its first medal of the season at the first World Cup in Innsbruck/Igls, Austria this past weekend, and the team is looking forward to spending Thanksgiving week on their home track training for World Cup competition Saturday and Sunday at Mount Van Hoevenberg.

Britcher, of Glen Rock, Pennsylvania, took silver in Austria and was third in overall World Cup standings for the past two years. She said in a Nov. 18 media call that her game changed when she stopped thinking about what the competition was doing.

“A few years ago, I just made the shift to be more internally focused,” Britcher said. “I’m not worried about things outside of my control, and I think that really helped me with consistency. I also just really like to focus on putting all of the work in during the training week so when it comes time to race day I could really enjoy the experience and the moment.”

Britcher, 25, is joined on the women’s squad by 26-year-old Olympian Emily Sweeney, of Lake Placid, and 21-year-old Brittney Arndt and 20-year-old Ashley Farquharson, both of Park City, Utah. Britcher said she’s finding opportunities to pass along tips to Arndt, who is on the national team for the second year, and Farquharson, a rookie.

“Honestly, I think I try to pass down way too much advice. I definitely see enormous potential in both of them and they’re pretty fun to hang out with, too. So I think they’ve got bright futures, and I hope that I can have a positive impact on that.”

Arndt finished 13th at the Igls track while Farquharson was 15th.

Sweeney, who took home a bronze medal at the World Championships in Winterberg, Germany in January, finished 24th at Igls. Coming into the season, she said Nov. 18 that she still feels back pain from her crash at the 2018 Winter Olympics at Pyeongchang, South Korea.

“Sliding on tracks where the transitions are rougher, I really feel the effects of that,” Sweeney said. “So when the ice conditions are nice and smooth and everything is going well, I feel much better.”

Due to those injuries, the road to recovery has been long, and she had to work through those physical challenges during the off season.

“When I was limited in the weight room, I was trying to push my mental side of training,” Sweeney said. 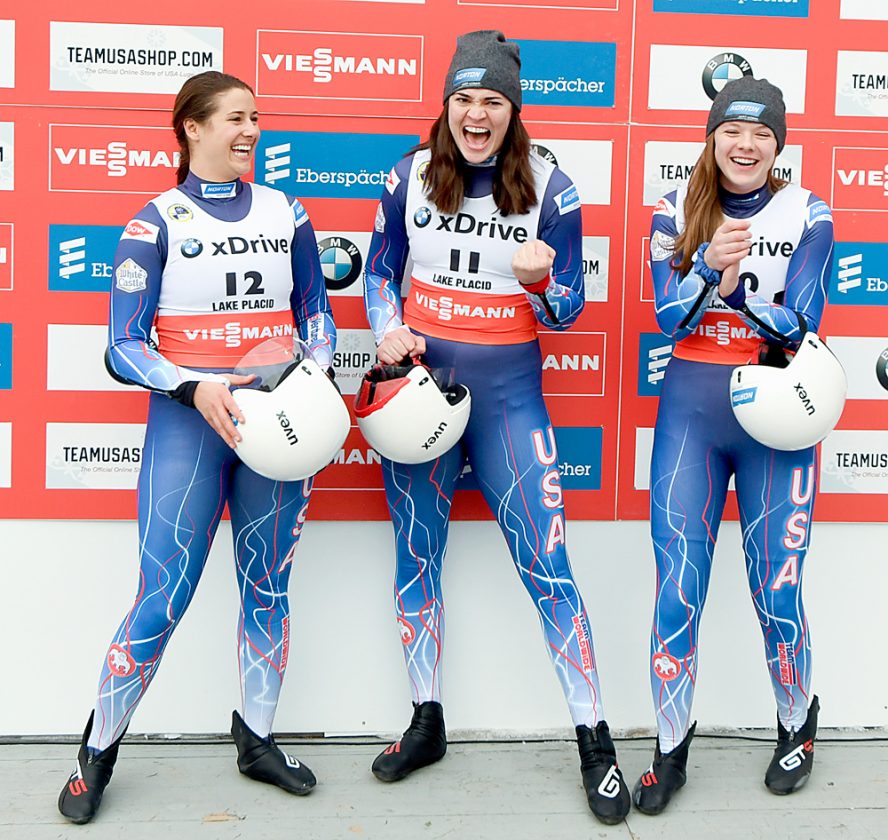 Asked what she’s learned most about herself during the recovery process, Sweeney said that people are more resilient than they think.

“Now when challenges come my way, it sounds so corny but I truly believe every challenge you get through just makes you stronger for the next one. So now when a challenge comes my way … my mind goes through the process of ‘OK. This is going to be challenging. … and then I’m going to be stronger on the other side of it.'”

Three-time Olympian and 2018 Olympic silver medalist Chris Mazdzer, 31, of Saranac Lake, has his own set of physical challenges. In February, he left the World Cup tour just before the last race of the season to deal with a neck injury sustained during a training run for the World Championships in January. Then he had shoulder surgery with team doctor Eugene Byrne of Lake Placid Sports Medicine, and now he’s dealing with elbow problems. 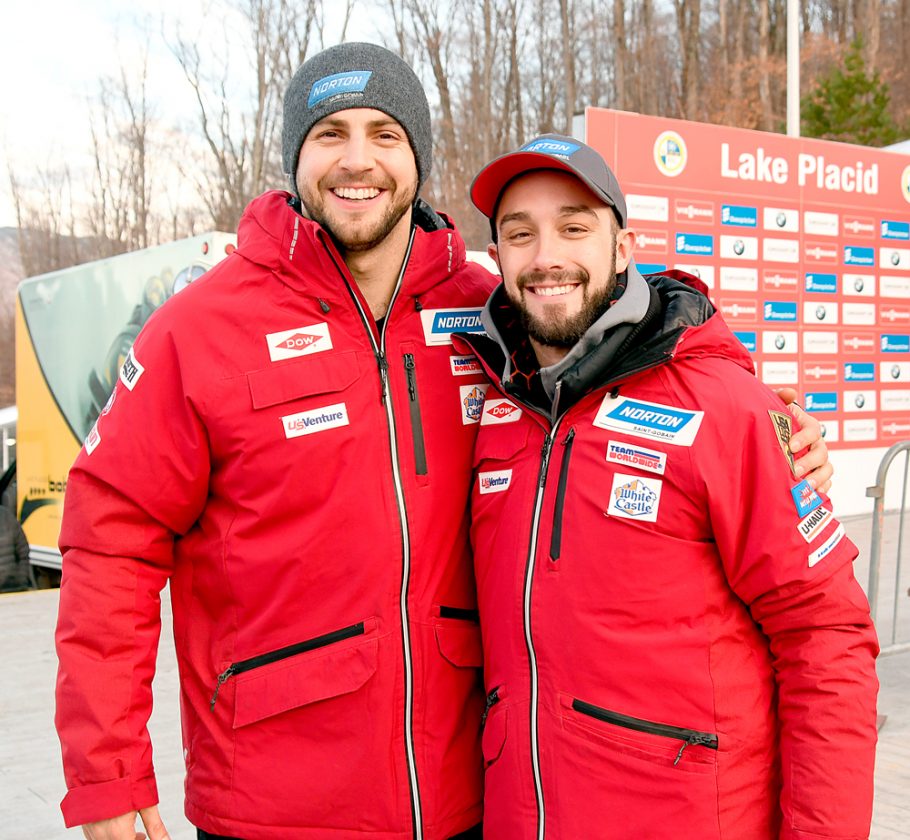 “Mentally, I’m 100% there, so excited for the season, but the body isn’t holding up quite as well as I would have liked,” Mazdzer said Nov. 18. “The surgery I had last spring was on my left shoulder, and that’s the best part of my body. Dr. Byrne just did an awesome job. That’s feeling amazing, but I have a torn tendon in my elbow, my other shoulder is bothering me, neck issues.”

Yet Mazdzer was able to race in Igls this past weekend, placing 10th in men’s singles and 17th with doubles partner Jayson Terdiman, 30, a two-time Olympian from Berwick, Pennsylvania. Working with a new sled, training wasn’t as smooth as they hoped it would be, and the crash during Tuesday’s training didn’t help.

“We had to take Wednesday off from sliding to let him heal up a bit,” Terdiman said in a press release after Saturday’s race. “Thursday’s two runs were out of control and the Nations Cup (Friday qualifier) was no better. Today, we found a little bit of control and reliability in the sled and hopefully we can start moving in a positive direction from here.”

Terdiman has also been dealing with an elbow problem.

Mazdzer and Terdiman anchored the team relay World Cup race with Farquharson, who had the fourth best women’s leg, and Tucker West. They finished sixth.

During the Nov. 18 media call, West commented on the off-season training challenges as the team wasn’t able to practice on their start ramp as they have in the past. It’s currently being replaced by a state-of-the-art start ramp at the USA Luge headquarters on Church Street in Lake Placid.

“The summer training was weird this year,” West said. “We didn’t have our start house, so it gave us a lot more free time for us.”

The team did make a few trips to other start facilities to train during the off season, including the one at Calgary, Canada. And, like Mazdzer and Terdiman, West is using a new sled this year.

“We’ve been trying to focus a bit more on aerodynamics,” West said. “It turns out, us guys are getting pretty fat and big. So we’re not really fitting in our old sleds that well.”

“I don’t really know what it is but I’ve been so excited to race this year ever since probably about June I’ve been wanting to get back on ice and get ready,” he said Nov. 18. “It’s awesome being a bit more of a local and having all the family and friends around who get to show up and cheer us all on. I personally love having all that.”

Training was scheduled at Mount Van Hoevenberg Wednesday and Thursday, Nov. 27-28, with Nations Cup qualifying on Friday. World Cup action begins Saturday with doubles at 9 a.m. and women’s singles at 12:40 p.m. NBC will air the women’s second run live at 2:30 p.m. USA Luge will hold its annual Running of the Balls fundraiser around 3:35 p.m.

Racing continues Sunday with men’s singles at 8:20 a.m. and the Sprint World Cup starting at noon.