Running of the Balls returns for fifth year 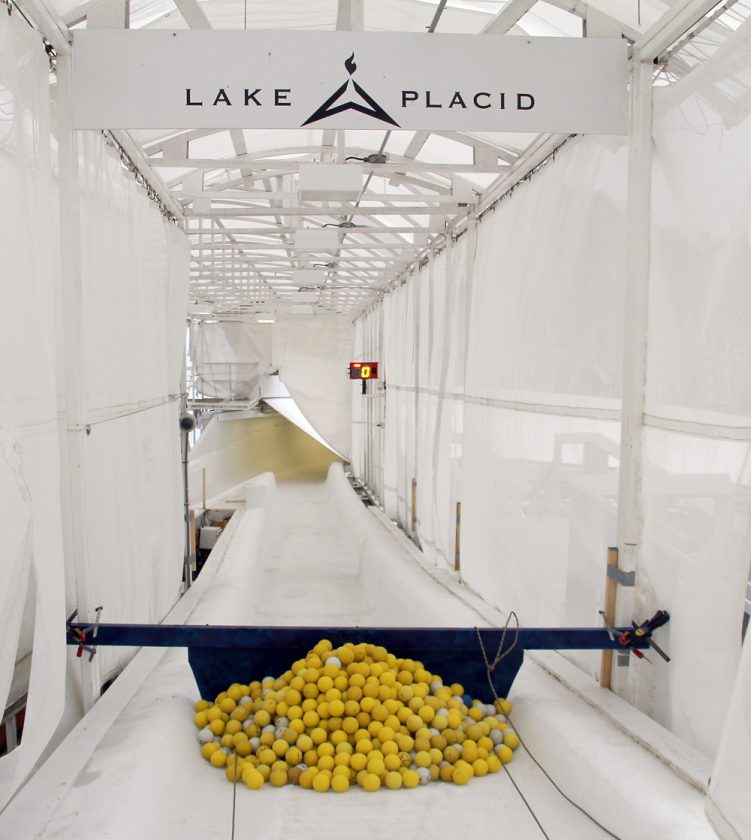 Lacrosse balls are ready to be released during the first Running of the Balls fundraiser at Moun Van Hoevenberg in March 2016. The event returns for the fifth running on Nov. 30. (Provided photo — Andy Flynn)

Proceeds from the event help support the team’s athletes and programs. The World Cup will air live on NBC, starting at 2:30 p.m. Saturday, Nov. 30.

More than 1,000 lacrosse balls will negotiate the nearly one-mile course down Mount Van Hoevenberg. The balls will be donated by Summit Lacrosse Ventures.

“This has become a really great fun event for the fans and for us at USA Luge,” said Gordy Sheer, USA Luge Director of Marketing and Sponsorships. “Now we’ll do it again for the fifth time in front of the World Cup audience at the track. All money raised will help defray the costs for our athletes at all levels of competition, from the national team down to the development teams.”

Fans will be able to participate in this unique event by entering as many balls as they’d like in this one-of-a-kind race that benefits USA Luge.

Cash, prizes from USA Luge sponsors and goods from local purveyors will be offered for the top five balls and the last place ball. In addition to Duluth Trading Company, media sponsors include the Lake Placid News, The Mix 93.3 WSLP, Adirondack 105 and 102.1 Lake FM, while the Lake Placid UPS Store is providing value-in-kind services for the race.

Additional sponsors include Mountain Dental, Bear Essentials, Casella Waste Systems and High Peaks Ford with more to be added in the coming weeks.

On-site fans will be treated to coverage on large screens thanks to the International Luge Federation, Carr-Hughes Productions and the New York Olympic Regional Development Authority.

Prizes will be awarded as follows:

USA Luge will sell tickets at team headquarters in Lake Placid, currently located at the village beach house while a new facility is under construction on Church Street. To purchase tickets, call 518-523-2071 x107, or log on to https://usluge.wufoo.com/forms/usa-luge-5th-annual-running-of-the-balls/

The Lake Placid World Cup race, Nov. 30 to Dec. 1, is the second stop of the season on the Viessmann circuit. The season opener is scheduled for Nov. 23-24 in Igls/Innsbruck, Austria. Currently, the USA Luge National and Junior National Teams are on the ice in Lillehammer, Norway.