Red Storm burst out of the gate 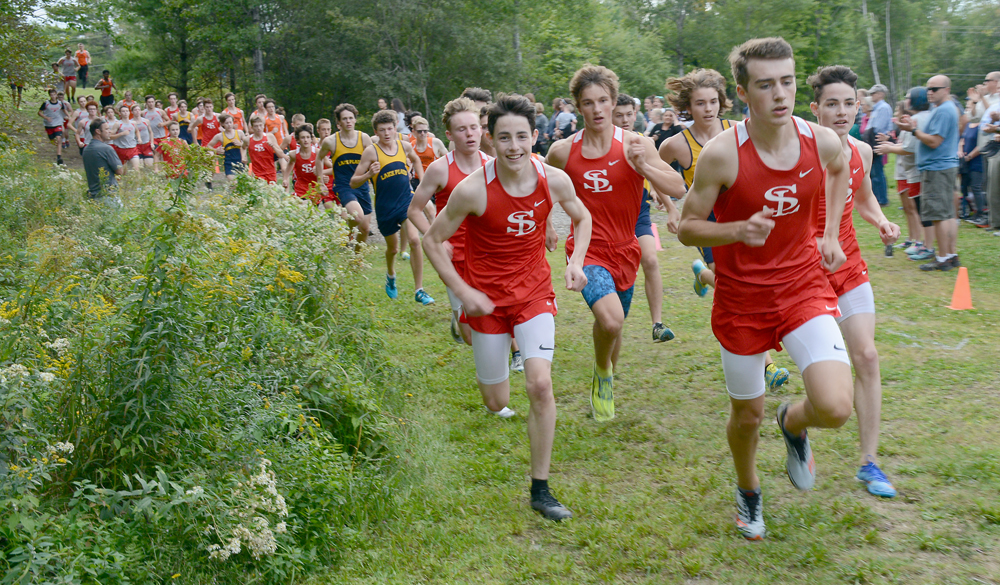 Saranac Lake runners lead the way at the beginning of Tuesday’s boys cross country season opener at Dewey Mountain Recreation Area in Saranac Lake. The six boys in the lead are, from left, Tucker Jakobe, Peter Fogarty, Micah McCulley, Mike Skutt, James Catania and Andrew Fogarty — all from Saranac Lake except for Skutt who is from Lake Placid. The Saranac Lake boys and girls teams won the meet on their home course. (Enterprise photo — Justin A. Levine)

SARANAC LAKE — High school cross country runners got to scratch their racing itch for the first time this year Tuesday at Dewey Mountain, as Saranac Lake hosted Lake Placid, Beekmantown and Plattsburgh for the opening salvo of what promises to be a hotly contested season.

Lake Placid, with returning runners at the helm, had a strong showing as well. On the girls side, Harley Cohen, who attends Keene Central and runs for the Blue Bombers, claimed the top spot but was followed by a strong Red Storm squad.

Saranac Lake’s James Catania was the first across the line in the boys race, clocking a finish time of 16 minutes, 28 seconds. He was followed by teammates Peter Fogarty (16:30) and Andrew Fogarty in third. Lake Placid’s Mike Skutt (17:23) took fourth and the Red Storm’s Micah McCulley was fifth in 17:29. 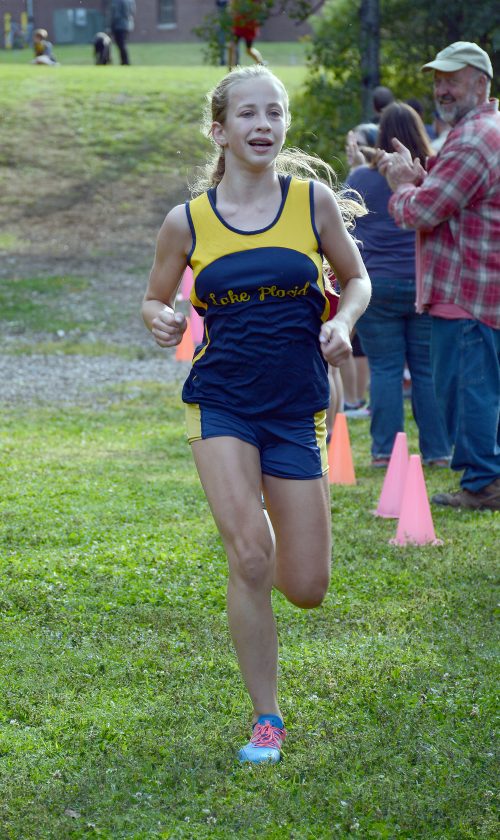 Saranac Lake coach Bill Peer, even with his boys team in the hunt for another state championship, is bullish on the girls as well.

“The kids were just chomping at the bit,” Peer said. “It brings that girls team into focus a bit for us, and the guys as well. It’s a good start.

“Plattsburgh is better than they were last year, so it’s not going to be a coronation. I said to our other coach, ‘We’re going to have to work for it.’ And that’s what you want, so we’re excited.”

Blue Bombers coach Mel Frazer said her kids placed about where she expected them to. 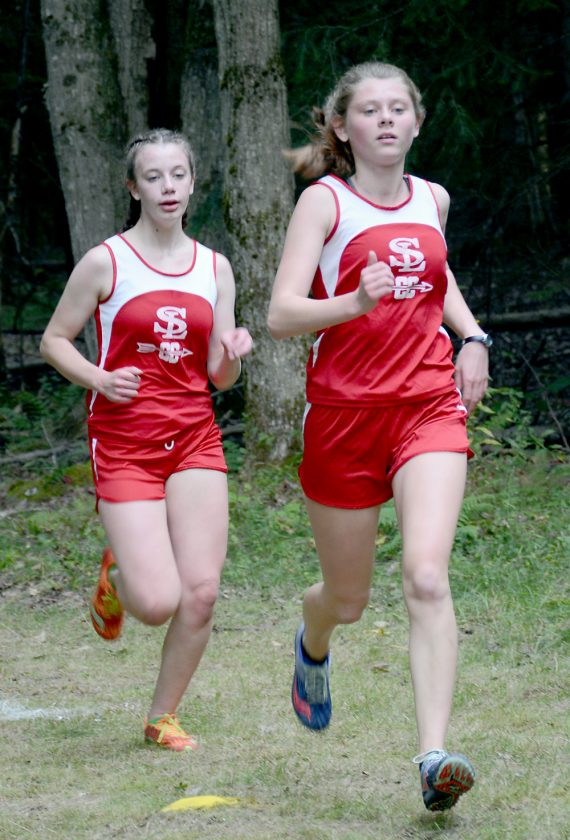 “It went kind of as planned,” she said. “Harley’s win was fun. We knew it was possible, but we didn’t know how she compared to some of the Saranac Lake girls, so that was a good start to the season.

“The boys team is looking good. Mikey (Skutt) was where we wanted him to be, Max (Flanigan) is coming in good. I think Mikey will continue to be up top and then the other boys will fill the other gaps. They did good; it was a good first race.”

Both teams will compete in another four-way meet next Tuesday, Sept. 17 at Ticonderoga.