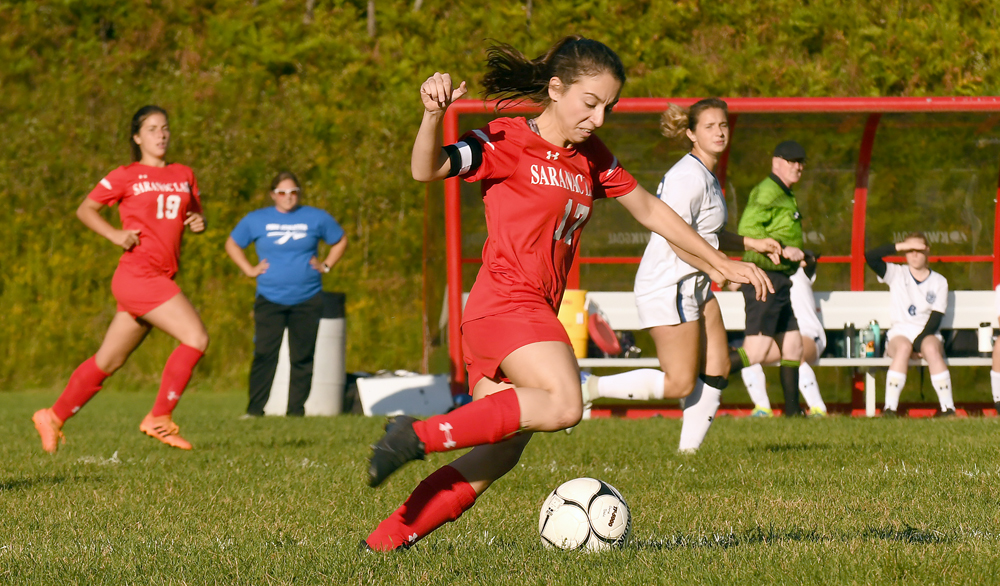 Haley Cornell, of Saranac Lake, carries the ball into Peru’s end of the field during the second half of Monday’s game at Schroeter’s Field in Saranac Lake. (Enterprise photo — Lou Reuter)

SARANAC LAKE — For the second time in as many games, Saranac Lake’s girls took on a solid Class B opponent early in their Northern Soccer League season. And for the second time in a row, the Red Storm competed hard but struggled offensively while ending up on the wrong side of a shutout loss.

Hosting Peru at Schroeter’s Field on Tuesday, Saranac Lake gave up one goal midway through the first half, and the score stood up as the Indians notched a 1-0 victory over the Red Storm.

Peru’s Rylie Lukens was the only player to find the back of the net in a match that saw both teams generate a few great scoring chances. She got one shot past Red Storm keeper Mecalyn Sousa, scoring at 20:49 mark of the first half with Hallie LaDuke assisting on the play.

Saranac Lake was credited with a 16-12 edge in shots, and a handful of those came on late runs with the Red Storm looking to bury an equalizer. Their most dangerous threat came with just under two minutes remaining when senior Olivia Bell ripped a hard, high shot from the right top corner of the penalty box that sailed over a group of players and was snagged by Indians’ keeper Bri Brousseau.

The Indians came up empty on an even better scoring opportunity minutes earlier after a direct kick rattled off the crossbar and out of play. 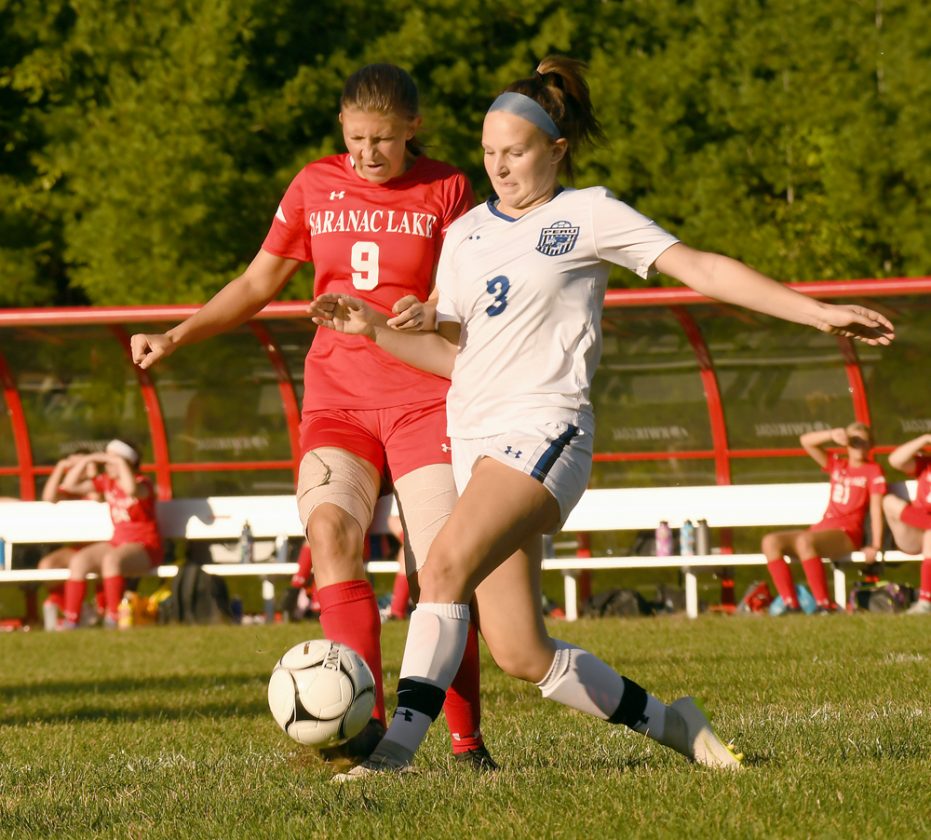 Saranac Lake’s Olivia Bell, left, and Taylor Heywood of Peru battle for possession of the ball during the second half of Monday’s match. (Enterprise photo — Lou Reuter)

Saranac Lake is now 0-2 after beginning the season with a 3-0 setback at Northeastern Clinton on Friday.

The Red Storm will be back at home Wednesday to face their third formidable Class B foe when the Plattsburgh Hornets come to Schroeter’s Field. That NSL Division I match is slated to start at 4:30 p.m. 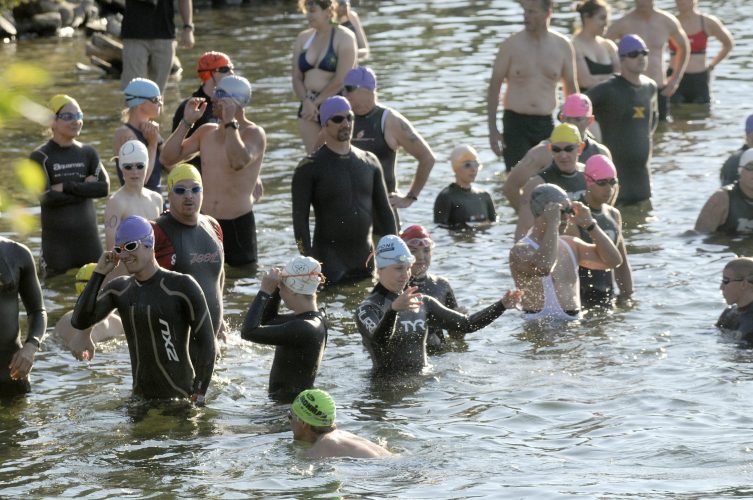 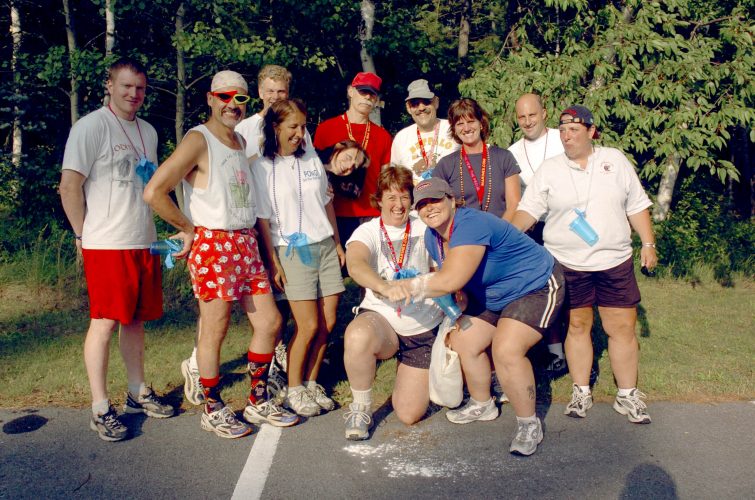