Defense leads the way for SL 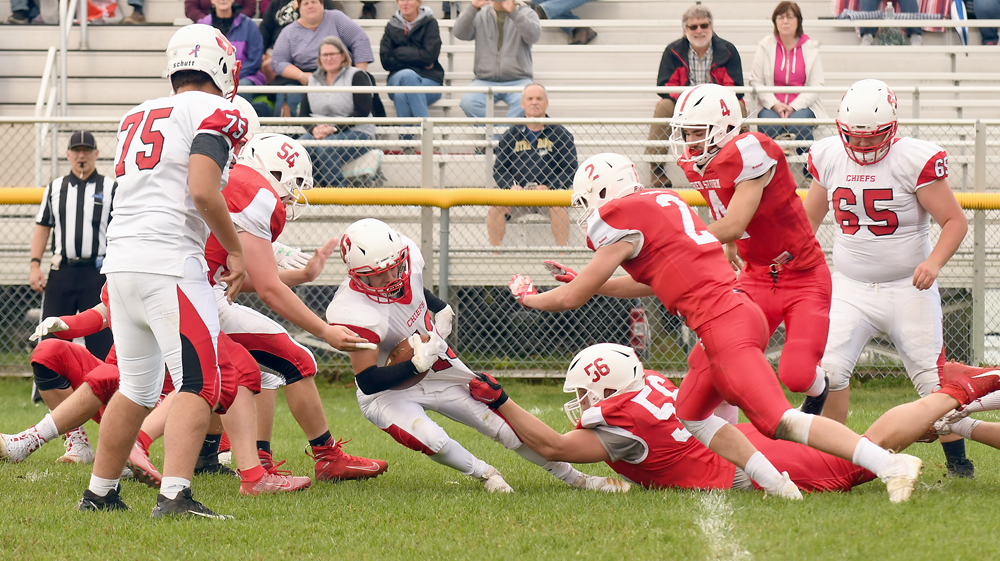 SARANAC LAKE — The Saranac Lake football team got its season off to a 2-0 start with hard-fought triumphs over Plattsburgh and Saranac Central on home turf at Wilson Raymond Field.

The Red Storm now look to keep the unbeaten run going on the road, traveling to face AuSable Valley under the lights in Clintonville on Friday with the opening kickoff slated for 7:30 p.m.

With a win, the Red Storm would match the number of victories they combined for over the past two seasons, and they’ll be facing an 0-2 Patriots team that head coach Eric Bennett said should not be taken lightly.

“We have nothing but respect for AuSable Valley,” Bennett said. “We’ll need to play sound fundamental football to come out with a win. We want to just keep doing what we’ve been doing and limit the mistakes.”

Saranac Lake has been particularly strong on defense, shutting out Plattsburgh on the Champlain Valley Athletic Conference’s opening weekend and then giving up just a single touchdown on Saturday in a 22-15 victory over Saranac. The Chiefs picked up their other touchdown on special teams, returning the second-half kickoff to the end zone.

Bennett said his defensive line has been impressive, and added he has loved the effort turned in by seniors Isaiah Buckley and Hunter Lacy, especially a week ago when they were facing double teams all game long against linemen who were outweighing then by 100 pounds.

“I love the fight that our defensive line has shown,” Bennett said. “Kids like Isaiah and Hunter, they weren’t a bit intimidated. They are like a lab fetching a ball all day long. They just go, go, go.

“I really like the resiliency of this team. When we lost a couple players to injuries last week, we were a gritty group of 18 deep who pushed through, battling it out on a hot day against a big team. I liked what I saw.”

Despite getting off to a winless start, AuSable Valley has threats who have put up offensive numbers. The Patriots dropped their season-opener to Beekmantown 27-18 and followed that with a 21-7 loss against Plattsburgh.

AuSable Valley has two of the top three pass catchers in the CVAC to date, with senior Luis Perez topping the standings in with eight catches for 187 yards and two touchdowns. Sophomore Eli Douglas in third in receiving yards, grabbing 10 balls for 140 yards an one touchdown.

The Patriots offense is led by senior quarterback Evan Snow, who has competed 18-of-34 pass attempts for 327 yards and three touchdowns.

Sophomore Nathan Doner has been busy in the Patriots offensive backfield, carrying the ball 37 times for 126 yards and a touchdown.

Although the Red Storm offense hasn’t lit things up in two starts, they’ve been able to get the job done for the most part. Senior running back Logan Brown leads Saranac Lake in points scored with three rushing touchdowns and a pair of two-point conversion runs. Ben Munn is the Red Storm’s top running back with 79 yards on 25 attempts, and quarterback Rhett Darrah has ran 24 times for 64 yards. In two games, Darrah has attempted 17 passes, completing seven for 172 yards. Junior receiver David Warner has three catches for 99 yards.

Two players hurt a week ago will be out of the lineup for Saranac Lake, with junior running back and linebacker Sam Donaldson and senior backup quarterback and defensive back Dylan Stewart sidelined for Friday’s game.

Stewart was the only reserve quarterback on the roster behind Darrah, which prompted the move of Carter Sturgeon from Saranac Lake’s 2-0 junior varsity team to fill the void.

“I’m really thrilled to have a selfless, team-oriented player like Carter Sturgeon joining us for the game,” Bennett said, adding that the sophomore will also be available to play a role on defense and special teams.

So far, the Red Storm defense has the major force paving the way to an 0-2 start. Bennett said that beginning tonight, he’d like the offense to begin playing a more major role in the team’s hopeful continued success.

“Our defensive has been playing lights out, and they’ve been keeping us in the game. Not it’s time for the offense to start clicking and not self destruct,” Bennett said. 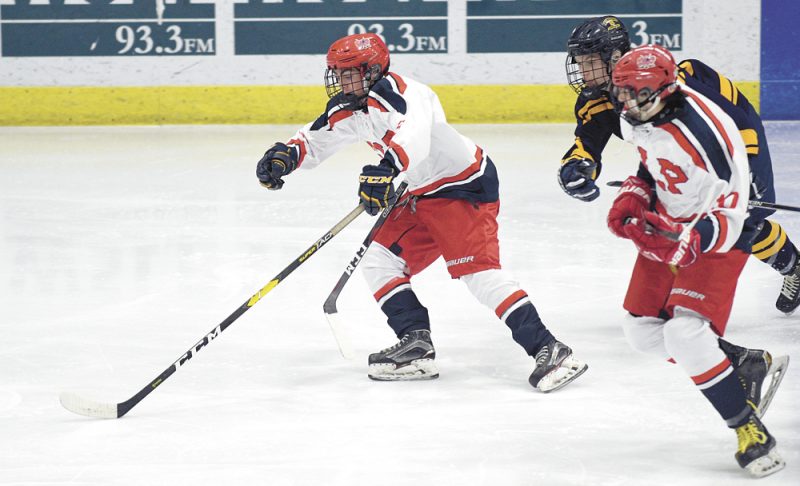 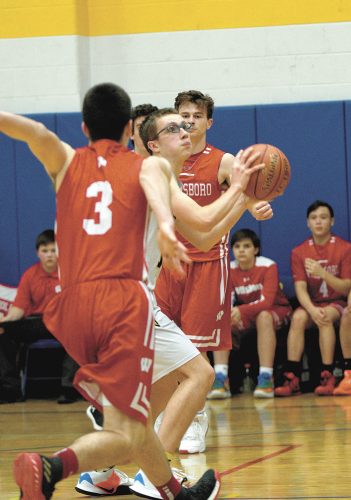 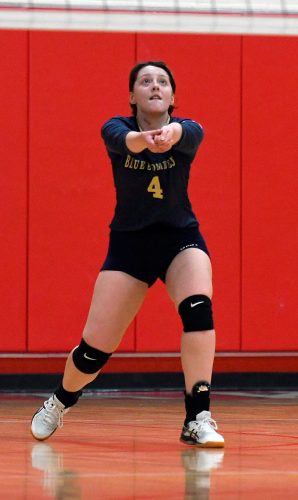