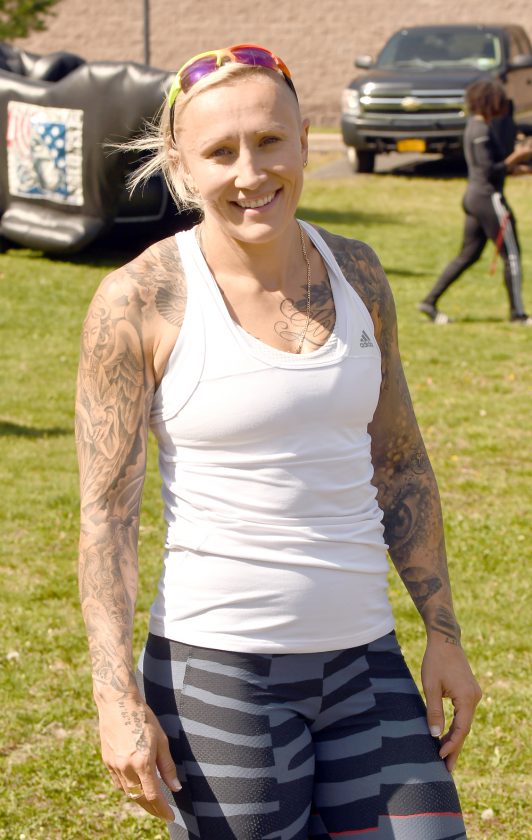 Two-time Olympic bobsled champion Kaillie Humphries will be allowed to compete for the United States this season and beyond, after Canadian officials announced Saturday night that they are granting her request to be released from their program.

It’s a massive boost for the American program, adding one of the most decorated pilots in bobsled history.

Humphries’ career for Canada was stellar. She won two Olympic golds, an Olympic bronze, two world titles, four overall World Cup titles, 22 World Cup races and took home 48 World Cup medals in her 11 seasons — finishing among the top three sleds in more than half of her career races on the top circuit.

But after weeks of negotiations, mediation sessions, involvement by bobsledding’s governing body, a harassment complaint against a Canadian coach and even the filing of a lawsuit, Canadian officials decided to give Humphries the release that she sought. She began asking for permission to slide for the U.S. in August.

“This is what we’ve been waiting for and we cannot wait to work with Kaillie,” said USA Bobsled coach Mike Kohn, who was unaware of the Canadian decision until a call seeking comment from The Associated Press. “I’m incredibly excited to have a two-time Olympic champion, multiple-time world champion and one of the best drivers ever in our sport on our team.”

Humphries, who married former U.S. bobsledder Travis Armbruster last weekend, wrote an open letter to Canada on Sunday, calling the series of events that ultimately led to her release, “the most difficult process” of her life. Humphries did not mention her plans to race for the U.S. in the letter. Instead, she thanked Canada for its support and expressed disappointment that she will no longer compete for her country.

“Dear Canada, Thank You,” Humphries wrote. “I can never express in words the deep love and gratitude I have for this country and all my fellow Canadians that have supported me over the years. Today I don’t know how to feel. While I am very happy this purgatory has ended … I am also very sad to not compete under my flag any longer.”

The relationship betwee Canada and its most decorated bobsledder was clearly fractured beyond repair.

“This was not an easy decision, nor was it one we took lightly,” Bobsled Canada Skeleton officials said in announcing the decision. “Alongside our stakeholders, we carefully weighed all the relevant factors in this important and complex decision of releasing a medal-potential athlete to one of our top competitors.”

USA Bobsled and Skeleton said it was “honored” by Humphries’ desire to slide for the Americans — and acknowledged that the decision to release athletes and permit them to slide for other nations is never easy.

“USABS recognizes this was not an easy decision for BCS,” said interim USABS CEO John Rosen. “We believe, however, that ultimately they made the correct decision to honor the desires of this athlete over the interests of the federation. USABS has, on multiple occasions, faced similar decisions in dealing with athletes who have requested release from our program. In each and every case we reached the same conclusion as BCS did with Kaillie.”

Humphries needed the release by Monday in order to be eligible to slide for the U.S. this season. She did not compete last season after filing the harassment complaint.

“Bobsleigh Canada Skeleton took Kaillie’s allegations extremely seriously,” Canadian officials wrote in the open letter announcing Humphries’ release. “Investigating these allegations to their fullest was our number-one priority to ensure a safe training and competitive environment for everyone involved in our sport. The investigation found insufficient evidence of Kaillie’s allegations.”

Humphries’ lawyer, Jeffrey Rath, said the decision is a clear win for his client.

“We are convinced that this release would not have happened had Kaillie not been forced to bring the litigation that she did against Bobsled Canada,” Rath said. “We’re grateful that in the end Bobsled Canada grudgingly granted Kaillie the release.”

Humphries wrote in the letter tha she hopes other athletes who do not feel they are competing in a safe environment can look at her story as a sign of hope.

“I feel the biggest issue is safety in amateur sports for athletes, being able to compete free from abuse and harassment,” she wrote. “The need to be able to speak up without fear of retribution within the system or the public eye, when things aren’t right, is so desperately important.”

Canadian officials have said they took Humphries’ abuse allegations seriously and investigated fully, but did not find sufficient evidence to support her claims.

The next step for Humphries will be to technically make the U.S. team, which she’ll aim for at the team trials in Park City, Utah, in early November. The Americans will be without three-time Olympic medalist Elana Meyers Taylor — one of Humphries’ closest friends — this season, while she and her husband prepare to become parents for the first time.