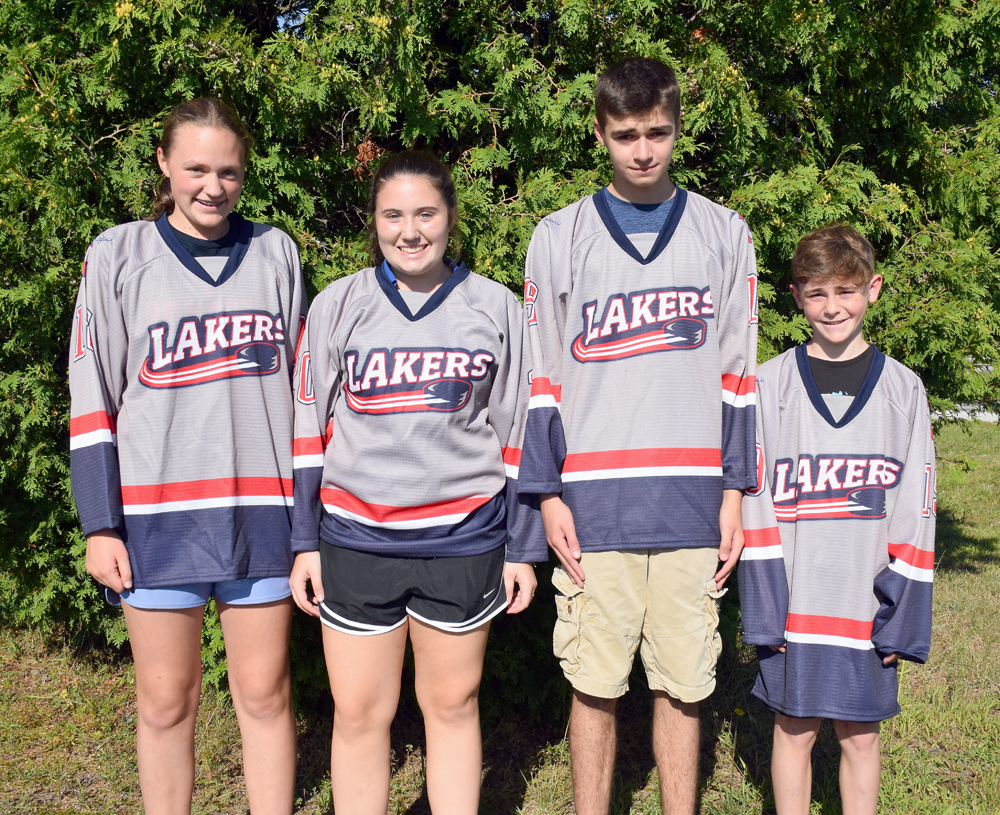 SARANAC LAKE — The Saranac Lake and Lake Placid youth hockey programs have been combining teams for a few years, but with new jerseys in hand, organizers say the two groups are closer than ever to being one.

The new jerseys sport the name of the combined teams: SLP Lakers. Organizers say that since the high school hockey teams have joined as well, combining the youth programs will create continuity that will continue through players’ scholastic careers.

“This is our fourth year that we’ve combined Saranac Lake Pee Wee Hockey Association with Lake Placid Youth Hockey, and every year we’ve gotten closer,” Saranac Lake hockey president Josh Dann said. “This year we were able to buy new jerseys; we got some grants, some donations and split the cost between the two organizations. It’s just a big step in the right direction so we’re not using some Saranac Lake jerseys, some Lake Placid jerseys.

“And we’ve become kind of one team, one association.”

Linda Peer, who is the Saranac Lake hockey secretary, said that even though the two groups are still technically separate, kids will now be skating under one name. Dann said there are some legal hurdles to fully combining — namely ice time and who pays for it in the two villages — but the goal is to be one group, which Dann and Peer said should help bring the number of kids playing up.

“It’s support for the high school teams who have merged; now the kids will be merged all the way up through,” Peer said. “(They will) be used to playing with each other and not seeing each other as two different towns.”

Dann and Peer said the merger began because of a shrinking population and the cost to parents of youth hockey players.

“There were some teams that had minimum numbers on both ends,” Dann said. “And so when we joined them together, we put some onus on ability too. We were able to make two teams, and that gave the kids the opportunity to be more successful with their ability.”

“We’ve managed to bring the cost down to make it extremely affordable,” Peer said. “$200 covers them from mid-October to the end of March. So it’s not $200 a month, that covers them for the entire season.”

“We’re trying to lower the cost and lower the perception of the cost to get more kids playing hockey and enjoying the game,” Dann continued.

Dann and Peer said since Lake Placid has international hockey appeal due the 1980 Olympics “Miracle on Ice” game, people are more willing to travel here, meaning that local players — and their parents — have to travel far less than they used to.

“We would like more local kids to play,” Peer said. “But by combining with Lake Placid and their big venue, we have to do much less traveling than they used to 10 years ago because more teams come to us. They want to play in Lake Placid.

“I think a lot of parents are used to hearing these stories of driving all over the place, but that doesn’t happen anymore.”