Surge back on home turf 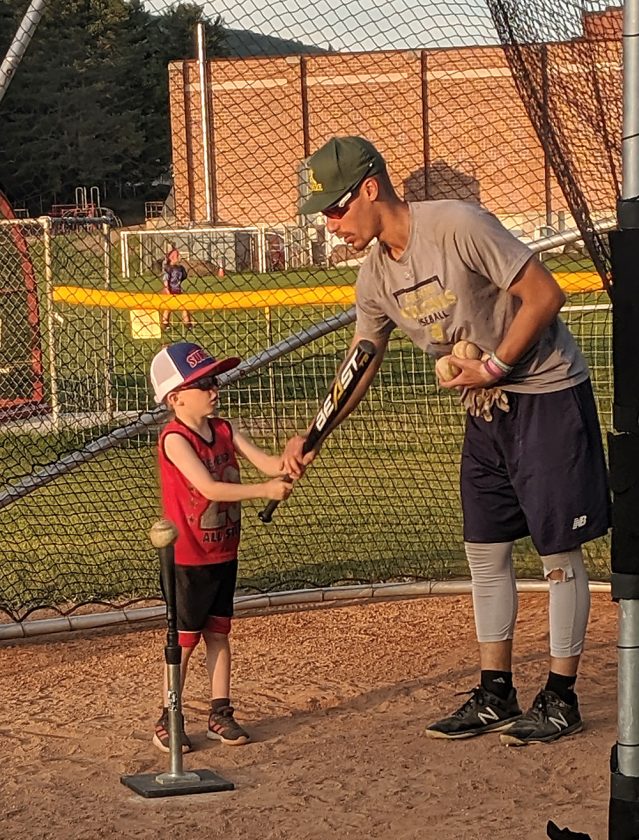 SARANAC LAKE — After posting a 1-3 record on its most recent road trip, the Saranac Lake Surge baseball team will be back at home Tuesday to kick off another four-game series at the Petrova Avenue diamond.

The Surge, which competes in six-team Empire Professional Baseball League, will play its second series at home when it faces the Puerto Rico Islanders.

Saranac Lake has played three series on the road and one at home so far while compiling a 9-12 record. The Surge last played at the New Hampshire Wild during a four-game run that began Thursday and ended Sunday. After losing its first three games to the Wild by 9-0, 7-2 and 5-4 scores, the Surge broke through in the final matchup, winning 7-2.

Against the Islanders, Saranac Lake hopes to be as successful as it was when it last played at home, taking five of six games from the Road City Explorers.

The Surge are currently in second place in the EPBL’s North Country Division. The Plattsburgh Thunderbirds lead the division with a 12-4 mark and the New York Bucks are third with a 1-15 record.

The Islanders are on top of the South Caribe Division with a 12-6 record. The New Hampshire Wild are in second place at 11-10 and the Explorers stand in third with an 11-10 record.

The Surge and Islanders will clash over the next four days, with each game slated to start at 1 p.m.

The teams will take Saturday off and then on Sunday, the EPBL will hold its home run derby and all-star game at the Surge’s Petrova Avenue field starting at noon.

Tuesday’s matchup begins a run of 13 straight home games for the Surge in Saranac Lake. After Sunday’s all-star game, the Surge begin a five-game homestand against the Plattsburgh Thunderbirds. That series will feature five games in as many days and is slated to start on Wednesday, July 24. Those games are also scheduled to begin at 1 p.m.

Stephen Octave, a catcher from New Windsor, leads the Surge at the plate. In 54 appearances at the plate in 14 games played, the 23-year-old has compiled a .451 batting average along with three home runs and 15 RBIs. Also for the Surge, infielder Taran Tani of Kauai, Hawaii has a .348 batting average in seven games and 28 plate appearances, and California’s Kyle Robinson is batting .349 in 15 games played and 62 plate appearances.

First baseman Brandon Camargo and third baseman Daniel Dominguez have played the most games on Saranac Lake’s roster, both leading the team with 18 appearances.

Ricky Schafer, a 26-year-old from Mission Viejo, California, tops the list among the nine pitchers that have played for the Surge this season. In six mound appearances, Schafer has a 3-1 record and 1 save and has struck out 28 batters.

Marcus Guzman, an outfielder from Tampa, Florida, has been the top batter for the Islanders, compiling a .280 average in 17 games played and 66 plate appearances. The 24-year-old has 10 RBIs and has been walked 11 times.

Admission to Surge home games is $5 for adults and free for youth ages 16 and under.