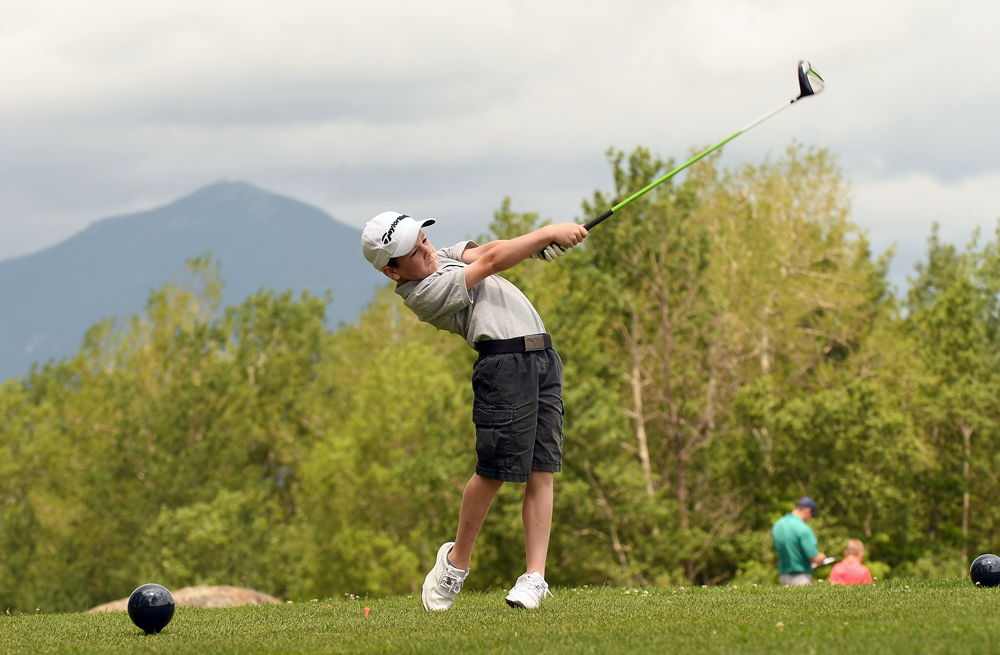 Zack Bourgeois follows through on a drive off the first tee box at Craig Wood. The youngster from Montreal competed in the boys 7-9 age group of the Drive, Chip and Putt competition Sunday at Craig Wood Golf Course. (Enterprise photo — Lou Reuter)

That describes the scene at the Craig Wood Golf Course on Sunday afternoon as the Northeastern New York PGA section held its annual Drive, Chip and Putt Competition for youth ages 7 to 15.

The event drew more than 70 junior golfers from across New York, Quebec and Ontario, and was a local qualifier for the ultimate prize of a trip to Augusta National Golf Club in Georgia to compete in the 2020 Drive, Chip and Putt championship scheduled the Saturday prior to the Masters Tournament.

The top three finishers in eight boys and girls age groups from Sunday’s competition moved on to the sub-regional qualifier being held Aug. 14 at Turning Stone Resort and Casino in Verona. The the top two from there then advance to the regional event at the Winged Foot Golf Club in Mamoroneck, where the first-place finishers punch their tickets to Augusta.

Competitors in the event earn points based on driving distance and proximity to the hole in the chipping and putting contests. 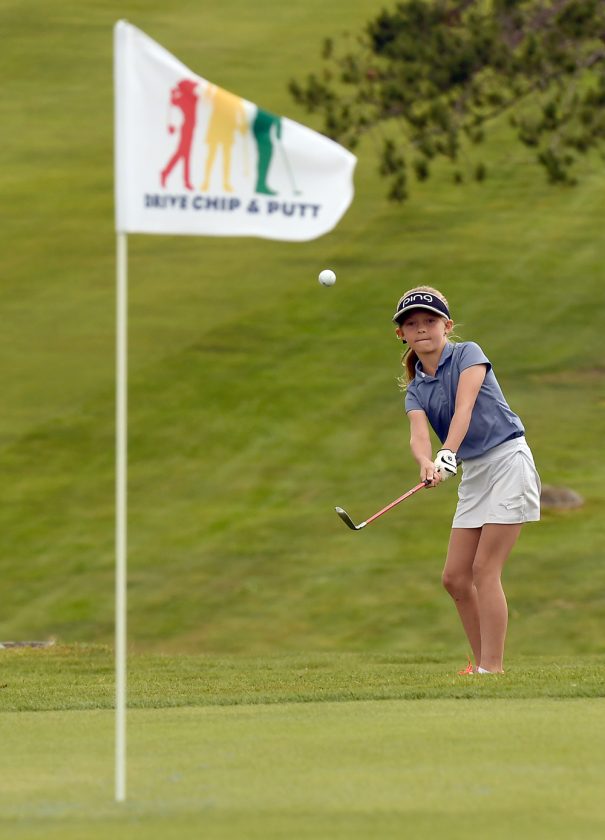 Payton Pattison, of Gananoque, Ontario, chips onto the green in Saturday’s Drive, Chip and Putt competition. Pattison placed second in the girls 10-11 age group to advance to the next round at the Turning Stone Resort. (Enterprise photo — Lou Reuter)

Locally, four young golfers turned in an impressive performance as Mason Patterson, Jorden DeForest and brothers Cayden and Conor LeRoy all advanced to the next round at Turning Stone. The four take part in the junior golf program at the Lake Placid Resort.

They were the only juniors from Lake Placid who participated Sunday, and Jim Beauregard, the PGA professional at the Lake Placid Resort, was thrilled to see all four advance to the next round.

“Four-for-four, we’re pumped,” Beauregard said. “For the last four years, these kids have kind of been the core members of our group. They are out there every Monday, Wednesday and Friday, basically from when school ends right up until it begins again. It’s a lot of practice and a lot of hard work. We had some success in this last year with the same crew, and it tells me that hard work pays off, and they get a lot of support from their parents.”