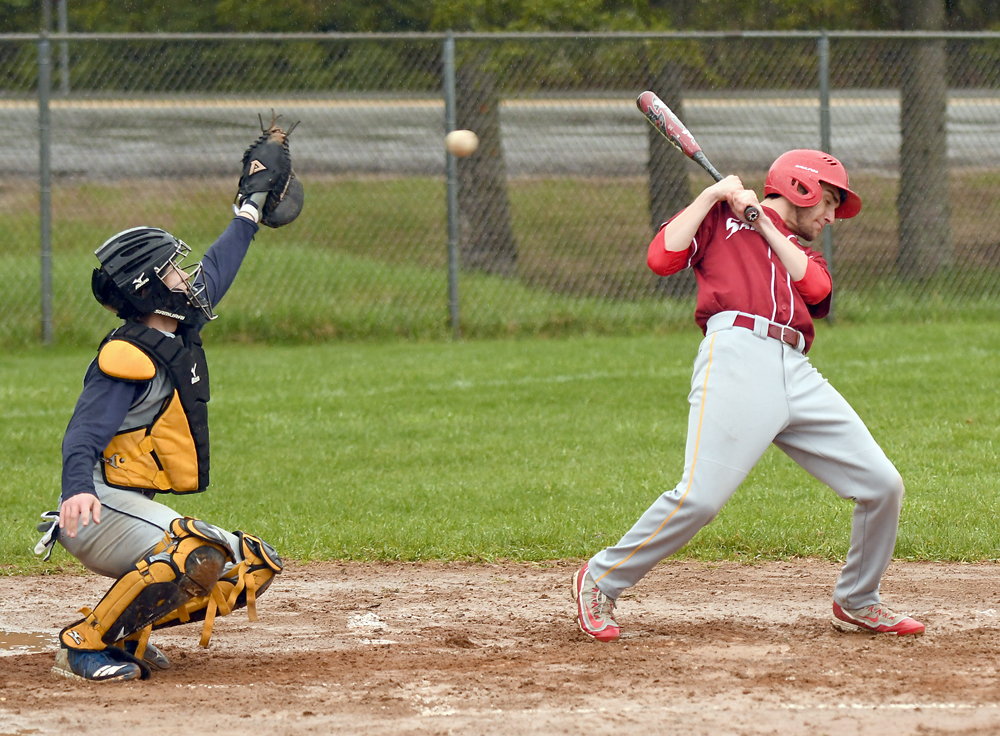 LAKE PLACID — During a typical spring sports season in the North Country, high school teams try to get their games in whenever they can, because it can be really tough to find another day to reschedule them.

On Monday, Lake Placid and Saranac Lake attempted to play each other for the second time this season, but they didn’t get very far. After an inning and a half, the game was halted as the Blue Bombers’ diamond turned into a slippery, slick surface in a steady rainfall.

Host Lake Placid was ahead 2-0 after one inning. The contest was then stopped in the top of the second when Saranac Lake was at bat with the bases loaded and two outs.

Blue Bombers coach Brian Brandes said the pitchers’ mound was the main problem, and since the rain wasn’t going to stop, conditions were only going to deteriorate.

“The field looked decent right before the game, but the concern was if the rain wasn’t going to stop, we’d have problems,” Brandes said. “That’s just what happened. If it stopped, we could have gotten the infield dried up. It didn’t stop raining and it was cold and wet.”

The Blue Bombers, who are currently 5-4, are slated to play at home again Tuesday against Northern Adirondack, but with another day of expected soggy weather, Brandes thought there might be a good chance that game could wind up as a washout as well.

Saranac Lake is next scheduled to play Wednesday at Beekmantown.

Monday’s game between Lake Placid and Saranac Lake may or may not be rescheduled.