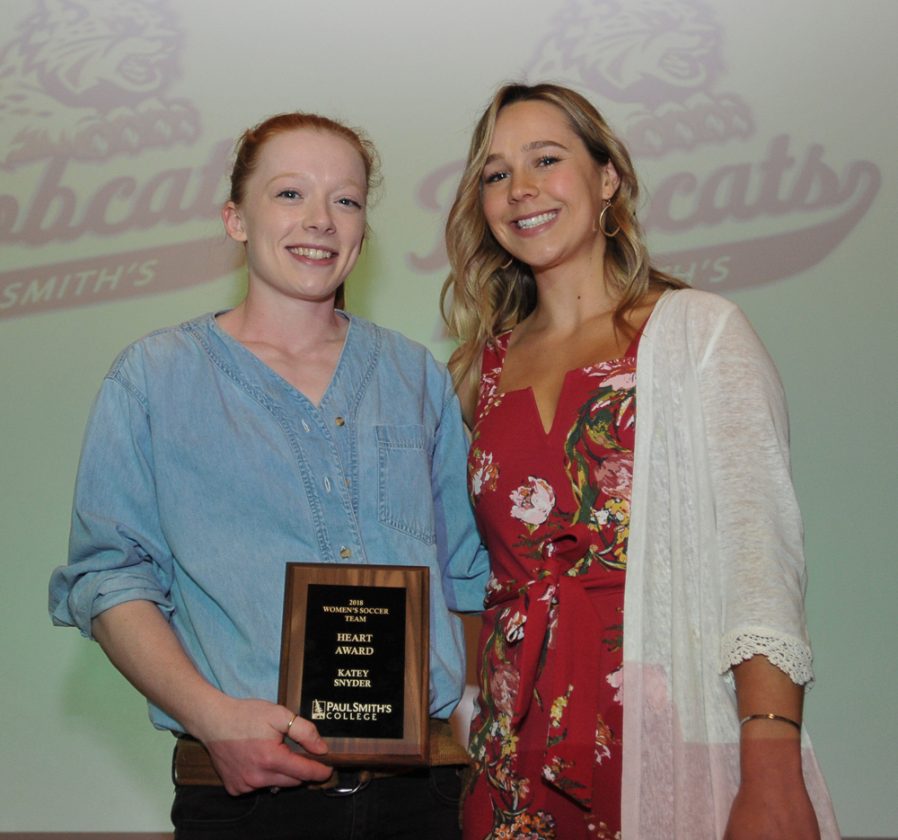 PAUL SMITHS — Paul Smith’s College held its annual athletic banquet on Tuesday, April 30 as more than 150 athletes and coaches gathered at the school’s Visitor Interpretive Center and more than 80 awards were handed out in 15 sports for men and women.

“It’s obvious our sports programs are expanding with all of the attendance and the number of awards we gave out,” Jim Tucker, the school’s athletics director said. “It was a great night, especially for the student-athletes.”

One of the most popular award winners was Katey Snyder, a Lake Clear resident who was named Most Valuable Player in hockey. She also received the 2018-19 soccer “heart” award for demonstrating great passion on and off the field.

“Katey is a very driven athlete,” Paul Smith’s soccer coach Bailey Waterbury said. “She brings a leadership to the field every game.”

Snyder was also awarded USCAA All-American honors for women’s soccer by the conference after ranking seventh among the statistical leaders with eight goals. 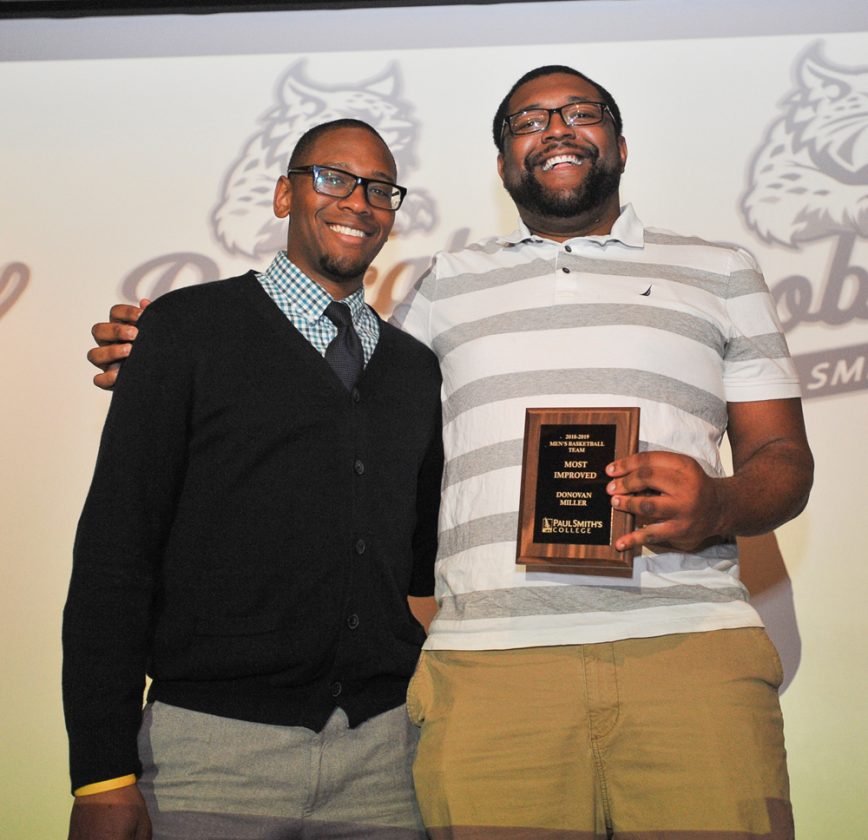 Donovan Miller, right, receives the Most Improved Player award for the men’s basketball team from his coach Dominique Boone on April 30 at the VIC. (Photo provided)

“Katey was the backbone of the hockey team,” hockey coach Casey Gerrish said. “Without her, games wouldn’t have been close. She even had a league record in saves in a game with 64. She is a great student, an amazing goalie and an even better mom.”

On the men’s side, basketball player Donovan Miller, of Glens Falls, won Most Improved as well as the Dan Richards Leadership Award.

“Donovan will be missed. He was a leader on and off the court,” said men’s basketball coach Dominique Boone.

Miller, a senior, was also President of the PSC Student Government Association.

Audrey Emerson, of Lyons Falls, won two awards this season. She was the Skier of the Year and won the Senior Academic Award.

“Audrey has a tremendous athletic career at Paul Smith’s College picking up two sports that were new to her (marathon canoe racing and Nordic skiing) and performing at high level in both,” said Nordic and Canoe coach Matt Dougherty. “She not only competed and medaled in the 90-miler two times, she had top 25 finishes at the Nordic National Championships every year. She did it all in while graduating in three years and with a 4.0 GPA.”