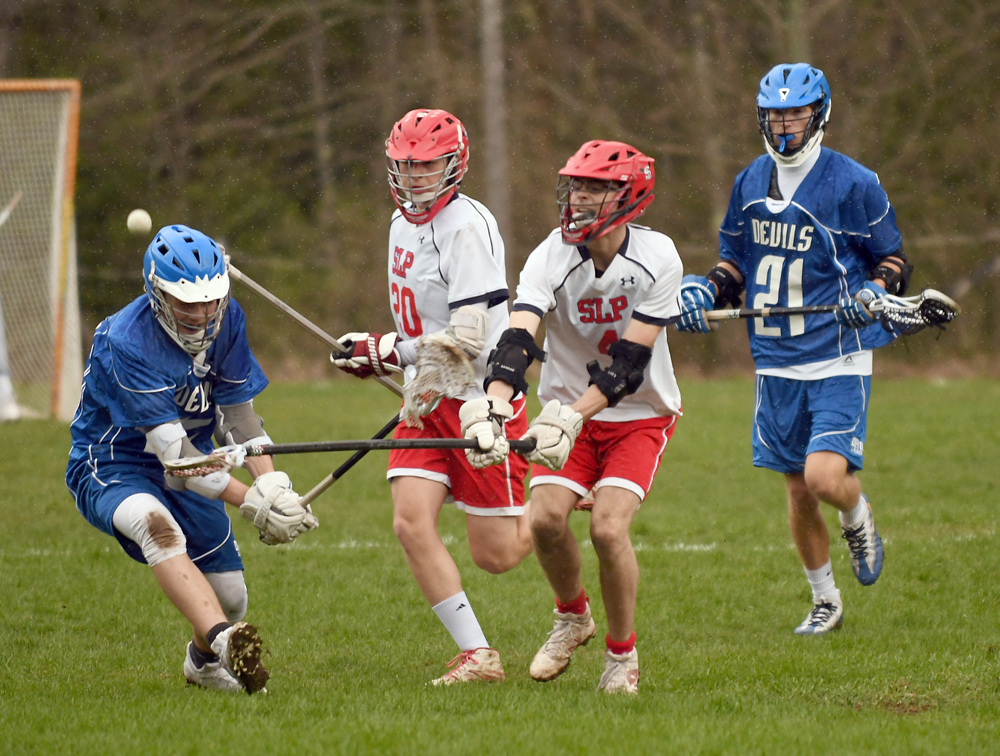 On Tuesday, SLP lost another match by a wide margin, suffering a 17-3 setback to Ogdensburg in Section X action at Schroeter’s Field.

Host SLP faced a 4-0 deficit less than four minutes into the game and fell into a 6-0 hole before Hayden Plank scored with 4:16 remaining in the opening quarter to cut Ogdensburg’s edge to 6-1. SLP netted two more goals in the second quarter, with Remi Borden and Dylan Murnane both finding the back of the net.

The Blue Devils led 10-3 at halftime, and then pumped in seven more goals after intermission while holding SLP off the scoreboard to improve to 8-2 in league play. SLP fell to 0-8 with the loss. With the victory, Ogdensburg completed a two-match, regular-season sweep over SLP.

Despite dropping another match, SLP coach Mike Bringley said his players are getting better. 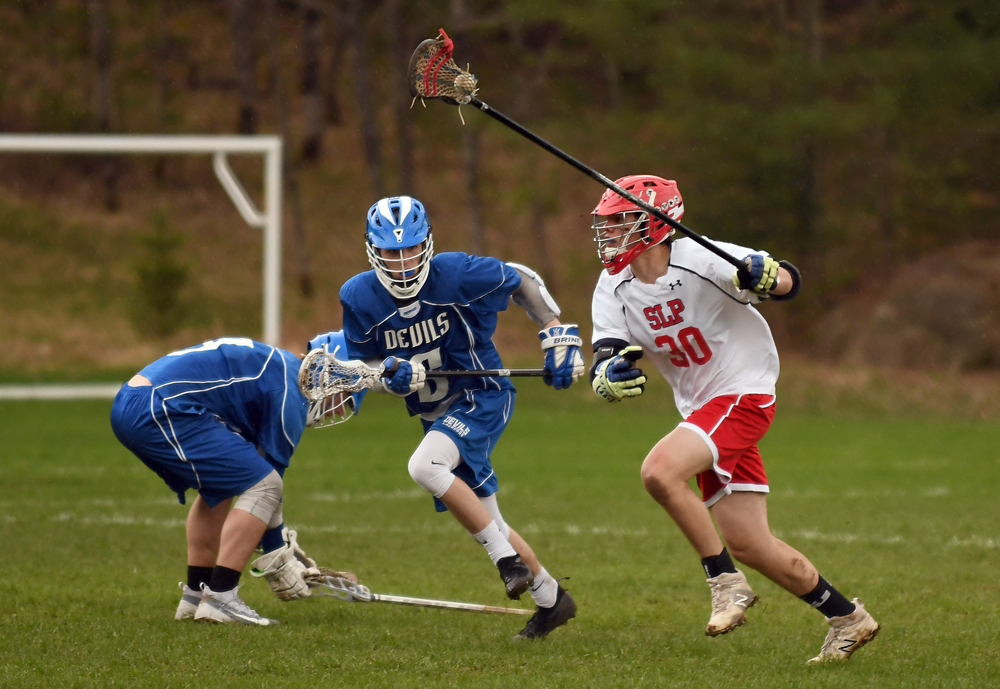 “It’s been tough sledding, but I can’t complain with the effort and you see improvements here and there, and you see us kind of go back to old ways,” Bringley said. “Overall from the first game, I think regressions are getting less and less. We’ll keep working and Potsdam’s coming in here on Thursday and it’s a good opportunity to get our first win. The guys are hungry for one, their spirits are still up.”

Noah Strader paced the Blue Devils with four goals and Wyatt Kirby chipped in three goals, which all came in a row during the second half. Carson Wescott also netted three goals in the win.

Isaac Testani, one of a dozen seniors on the OFA roster, also came up big, scoring one goal, assisting on six other tallies and dominating the faceoffs.

“No. 9 (Testani) really hurt us on the faceoff,” Bringley said. “We tried a long pole on him, we tried every faceoff guy that we have with experience, and we didn’t have much success. He’s exceptional. He’s been doing that to everybody in this league, and when you have a player like that, it really helps you control the whole game.”

In sticking with the usual game plan, SLP had two players split time in net, with Logan Brown playing the first half and Hugo Hobson taking over for the second half. Bringley said he’s been impressed with the performance by both goalies, as well as his defense.

“It’s very difficult. We have a lot of inexperience and not a lot of skill at certain places that we need to improve on. I’d say the strength of our team has become our defense. We have a couple of senior long pole defenders who have been playing pretty well and our goaltenders have been solid, so I’m happy with that.

“Our midfield play needs to improve and our ball possession really needs to improve,” Bringley continued. “Too many quick possessions. If you play defense for three, four minutes straight and you get a turnover, and we’re finally on the offensive end, and within the first 10, 15 seconds we give it right back to them, that makes it tough to win games. We really have to improve our possession.”

Saranac Lake Placid will be back on home turf Thursday at Schroeter’s Field to take on Potsdam. The ‘Stoners bring a 3-5 record into the match, which is slated to start at 5 p.m.