’Round the Mountain kicks off paddling season

Elia Rochon and Ben Rochon, of Senneville, Quebec, row a guideboat during Saturday’s ‘Round the Mountain canoe race in Saranac Lake. (Enterprise photo — Justin A. Levine) 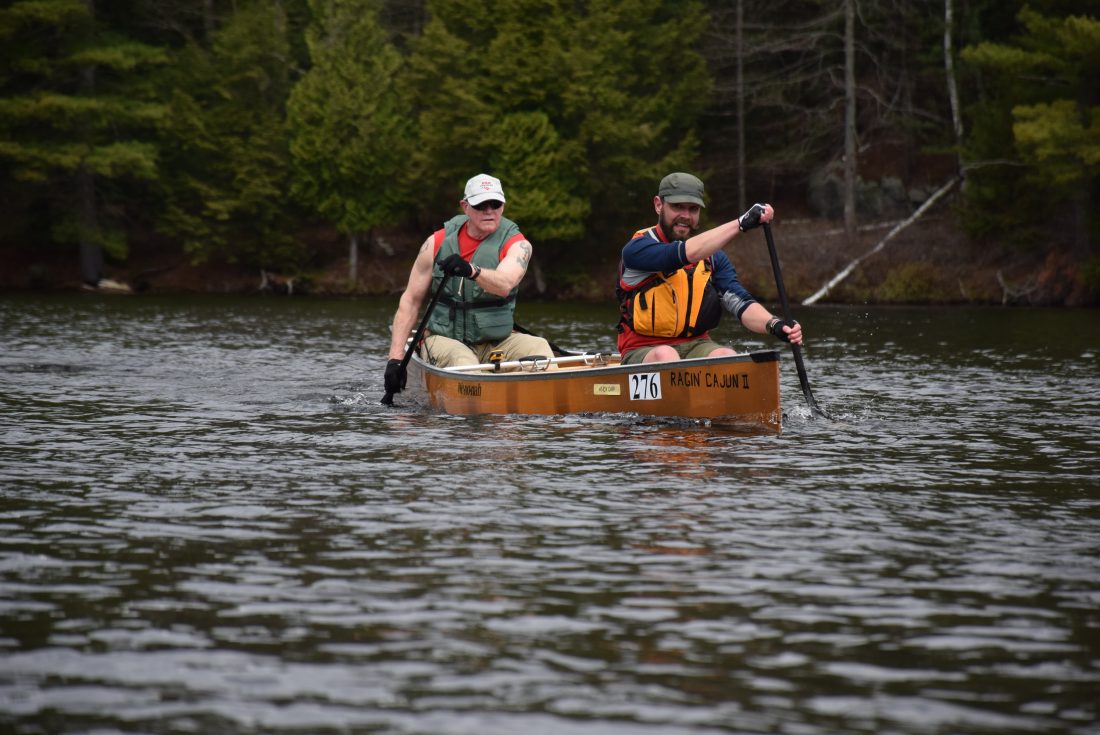 SARANAC LAKE — When the water temperature and the air temperature combined don’t add up to 100 degrees Fahrenheit, you know it’s cold. But that didn’t stop dozens of boats from tackling the first big canoe race of the season on Saturday.

The ‘Round the Mountain canoe, kayak and SUP race took paddlers from Ampersand Bay on Lower Saranac Lake, under state Route 3 at Second Pond and around the Lower Locks before racers reached the finish line at the Lake Flower boat launch. And despite the temperature and the life jacket requirement spurred by the cold, racers were happy with their day.

“I saw the race advertised, so I thought I’d give it a try and see how the Adirondacks are in early May,” Ed Joy, of High Springs, Florida, said. “Well it was 45 (degrees) at the start today, and you could tell who the locals were because they were complaining about the heat.

“It’s a fantastic course, and really challenging. There was a good breeze today, there was a little bit of rough water. Hard going, but a great race, no doubt about it.”

The race, which is in its 35th year, is organized by Brian McDonnell, owner of Mac’s Canoe Livery in Lake Clear, for the Adirondack Watershed Alliance. It’s also part of the New York Marathon Canoe Racing series and paddlers can earn points by competing in NYMCR races. 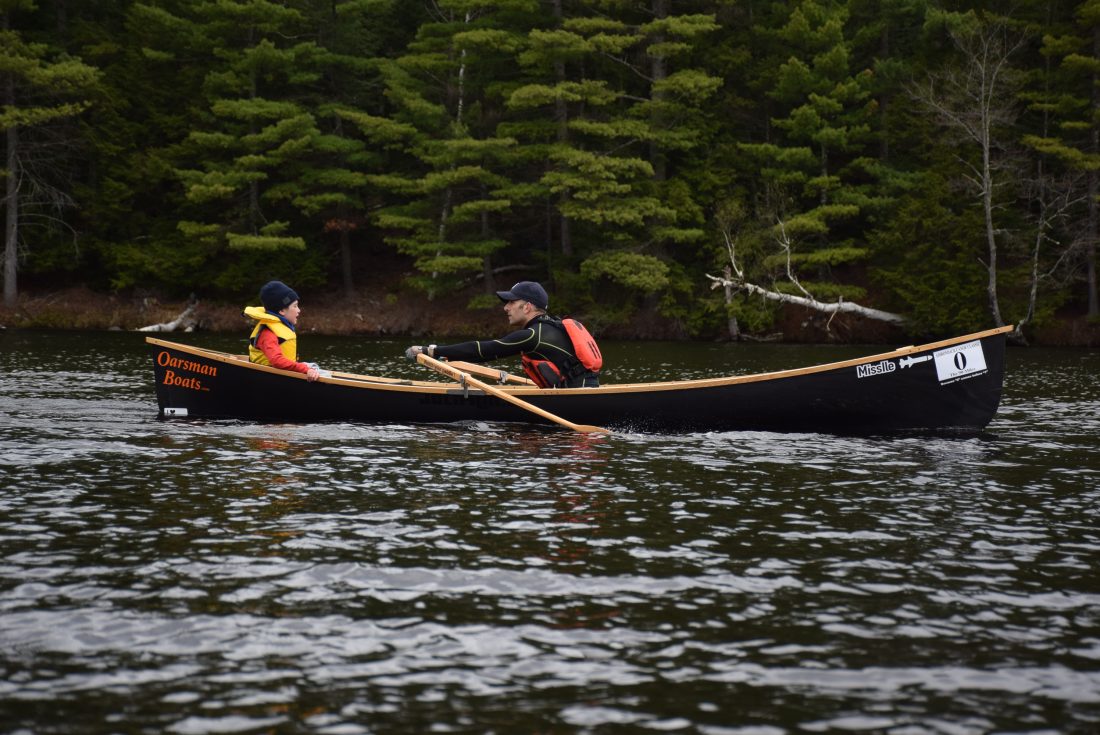 Elia Rochon and Ben Rochon, of Senneville, Quebec, row a guideboat during Saturday's 'Round the Mountain canoe race in Saranac Lake. (Enterprise photo — Justin A. Levine)

McDonnell said the natural beauty of the course is just one of the reasons so many people come to paddle early in the spring.

“We have a good turnout and better weather than yesterday,” McDonnell laughed. “Good turnout across a number of different fields; lots of families came this year. The course is really, really nice, and to be able to do a loop and be less than a mile from where you started is really nice.

McDonnell and the AWA also put on the Adirondack Canoe Classic, better known as the 90 Miler. That race begins in Old Forge on Friday, Sept. 6 and ends at Lake Flower on Sunday, Sept. 8.