Red Storm have title in sight 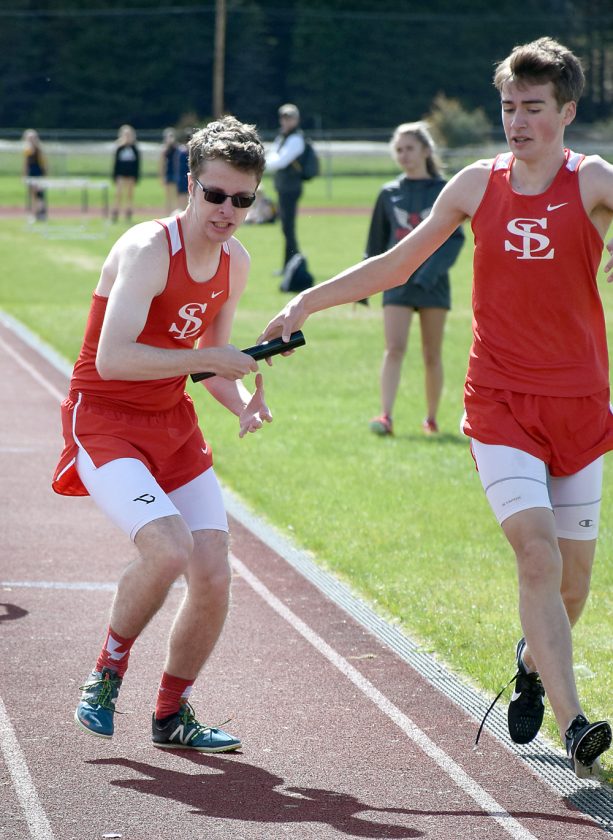 SARANAC LAKE — The Saranac Lake and Lake Placid track and field teams will face all of their local competition Thursday, as the Section VII championships take place in Plattsburgh. And after finishing the regular season undefeated, the Red Storm are likely to be in the running for another banner to hang in the school gym.

Saranac Lake boys coach Cy Ellsworth said his team is simply going to perform as well as they can, and let the chips will fall where they may.

“We’re the regular season sectional champions, but whether we’re sectional champions from winning this meet is up in the air,” Ellsworth said. “Going into Thursday, we just want everyone to get their PRs (personal records). If everyone gets PRs, then I think we have a chance to win it, but I’m sure the Saranac (Central) coach is saying the same thing to their guys.

“We just want everybody to have fun. We’re definitely dialed in. We’re going to have a good week of practice, and if everyone goes and performs their best, then the rest will take care of itself.”

The Red Storm boys captured their second-straight Van Dusen Invitational title last Saturday, topping a field of 13 teams in Ogdensburg. Ellsworth said some of the Saranac Lake boys are poised to win their events. 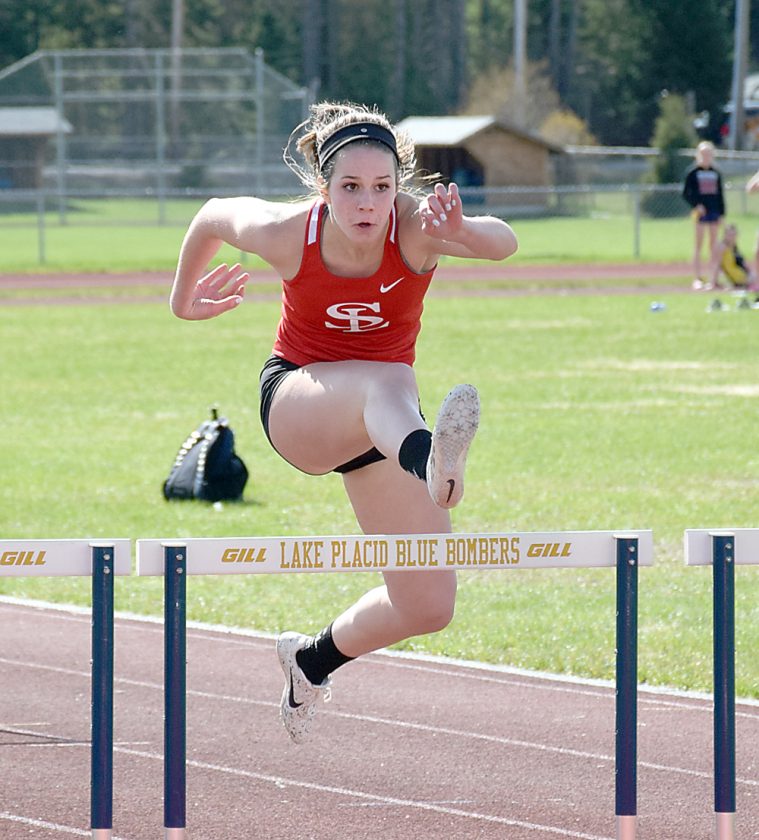 “In five years, this is going to be the most competitive sectionals I’ve seen,” he said. “We’re looking forward to see what our second- and third-seeded guys are going to do.

“Between us and Saranac, we have a lot of people who are really close. If you look at the league in general, with the exception of a few kids, there’s no real super standouts. Pat Alberga in the shot put is kind of a standout guy. Jon Hewitt in the discus — he’s 20 feet over everyone else so far. Those are kind of your standout people.

“You hope that the other guys come to play.”

The Red Storm girls weren’t quite as dominant as the boys this season, but still finished with a 6-2 record. However, girls coach Jason Wamsganz said his team hasn’t yet faced three of the schools that will be competing Thursday.

“I’d love to say that a third-place finish would be ideal, but without seeing three of the teams you just never know,” he said. “I tell the girls we’re not really focusing on that. That will take care of itself if you hit your times, hit your distances that you’ve been hitting.

“We were just down at the invitational this weekend, and we had PRs all over the place. I think that’s a big selling point for us this week, and just having the kids feeling good about themselves is important.”

Although Wamsganz is tempering expectations for the squad, he expects several girls to excel in their events.

“I think Edina Cecunjanin, Grace Clark, Mecalyn Sousa-Thompson and Naila Cecunjanin has been a big surprise in the high jump in the last week and a half,” he said. “I’m looking for them to make a big splash on Thursday.

“I’m going to try to jump up some points. She (Clark) hasn’t really done the 400-meter hurdles, but we know she’s athletic enough to do that so I’m hoping we can steal some points from other teams, and they’re definitely not anticipating her being in that event,” Wamsganz said. “Edina and Grace will both be doing the 4×1, along with Hailey Cornell and Lydia Wamsganz, and I think they have fastest or second-fastest time in the league right now. Hopefully they’ll be able to run some good times and pull that out.”

The Lake Placid boys and girls teams will also be looking for personal bests, as the ranks have been somewhat depleted through injury and scholastic conflicts. While the team’s numbers were boosted through the addition of athletes from Keene, the loss of some key members will hurt the Blue Bombers.

“We’re kind of going in looking for kids to do their personal bests,” Lake Placid coach Bill Frazer said. “We probably won’t be competitive as a team. We’re letting every kid compete, so that meant shuffling some things around. So some kids are focusing on only one or two events, instead of doing four to get more points. But that opens up room so that everyone gets to compete.”

Frazer said that while a team championship is likely out of reach, some athletes should be near the top of their events.

“Noah Fine has been running really well,” Frazer said. “He’s going to the do the mile and 800. Mike (Skutt) is another one. We’re just looking for PRs.

“Annie (Rose-McCandlish) has a good shot to maybe win the 400. She’ll be near the top. Our girls 4×4 team is usually competitive. Cooper Grady could score some good points in the sprinting rounds.”

The Section VII championships start at 2 p.m. on Thursday at Plattsburgh High School.