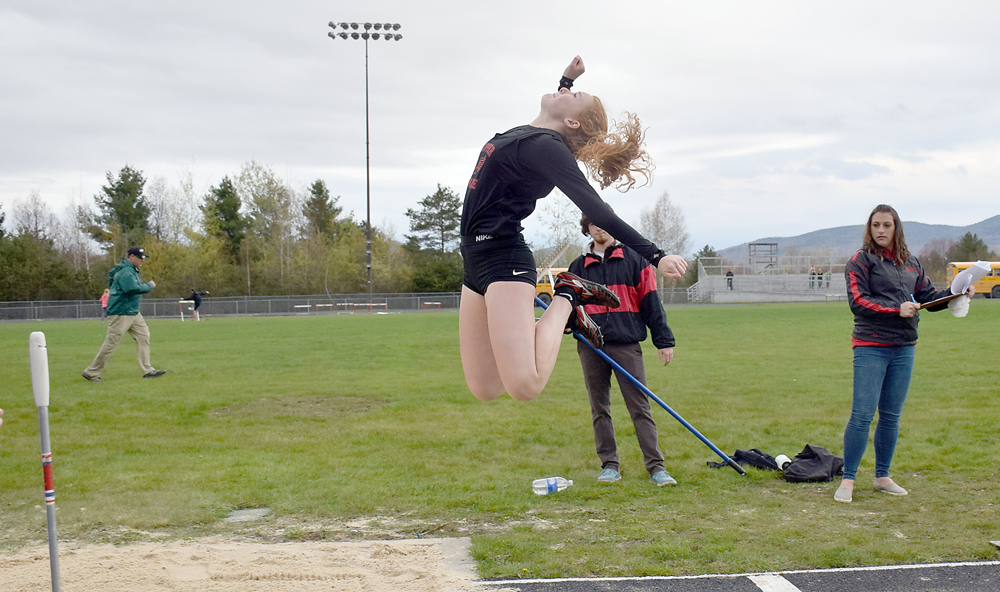 Tupper Lake senior Sophia Martin flies through the air during a long jump attempt Wednesday in a three-way meet against Franklin Academy and Gouverneur. (Enterprise photo — Justin A. Levine)

TUPPER LAKE — The Tupper Lake track and field team hosted the second of its two home meets on Wednesday against Franklin Academy and Gouverneur as overcast skies occasionally gave way to showers. But despite the wet conditions, home athletes performed well.

Sophia Martin, a senior at Tupper Lake, is focusing on pentathlon this year, a discipline which combines long jump, high jump, shot put, 100-meter hurdles and the 800.

“It’s hard to prepare for because they only have pentathlon at the big meets,” she said. “At these dual meets, there’s no pentathlon so you just kind of have to practice the events and hope it all comes together on that day.

“This year, I seem to be improving on the hurdles, which is new for me. And shot put is pretty good. Long jump isn’t as strong as I’d like it to be because we didn’t get that much time outside, but it’s definitely improved as the season has gone on.

“Just throughout the years, it turned out that those were my events that I was stronger at, and they all came in as one thing in pentathlon. So I thought, ‘why not try it?’ because it was all events I’d done, except for the 100 hurdles and so I just practiced that a lot last year when I first tried it,” she continued. “Everything’s been pretty good.” 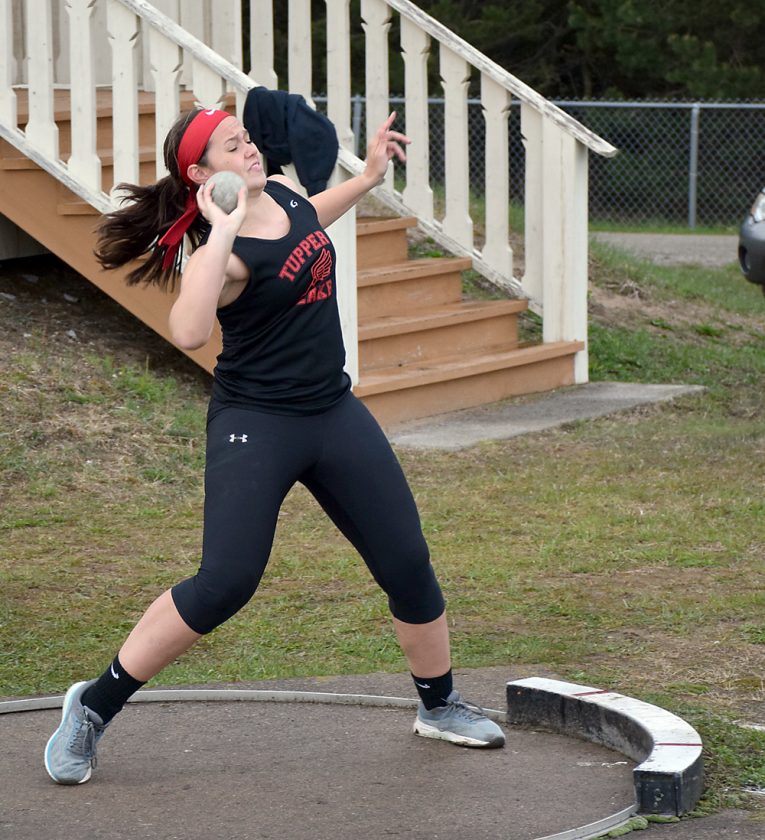 Martin won the high jump with a 4-foot, 6-inch jump, took second in the long jump (14-3) and was part of the third-place 4×400 relay team along with Sara Trabakoulos, Grace Mitchell and Ruby LaDue. Tupper Lake’s Ava Cattaia also took third in shot put (26-8.5).

On the boys’ side, Aaron Clark placed third in the 100-meter dash with a time of 11.71 seconds, just one one-hundredth of a second behind second place. Clark also took third in the 200 with a time of 24.1 seconds, and was part of the third-place 4×400 relay team including Patrick Cote, Connor Jessie and Isaiah Gallagher.

The Lumberjacks’ 4×100 relay team also placed third and consisted of Gallagher, Carter Riley, Lowden Pratt and Nolan Savage. Clark continued his hot streak with a win in the long jump (18-8.25).

In team scoring, the Tupper Lake boys lost to the Wildcats 213-61 and to the Huskies 217-57. The Lumberjacks’ girls lost to Gouverneur 210-89 and to Franklin Academy 210-92. Despite the losses, which put Tupper Lake below .500 for the season, coach Amy Farrell said her young team has improved dramatically since the season began just a few weeks ago.

“It’s been a lot of fun. We have a lot of young kids and a lot of kids that have never done track before, so we’re seeing big improvements every week,” Farrell said. “It’s just a great group. They want to stay at practice and work on events for a long time. 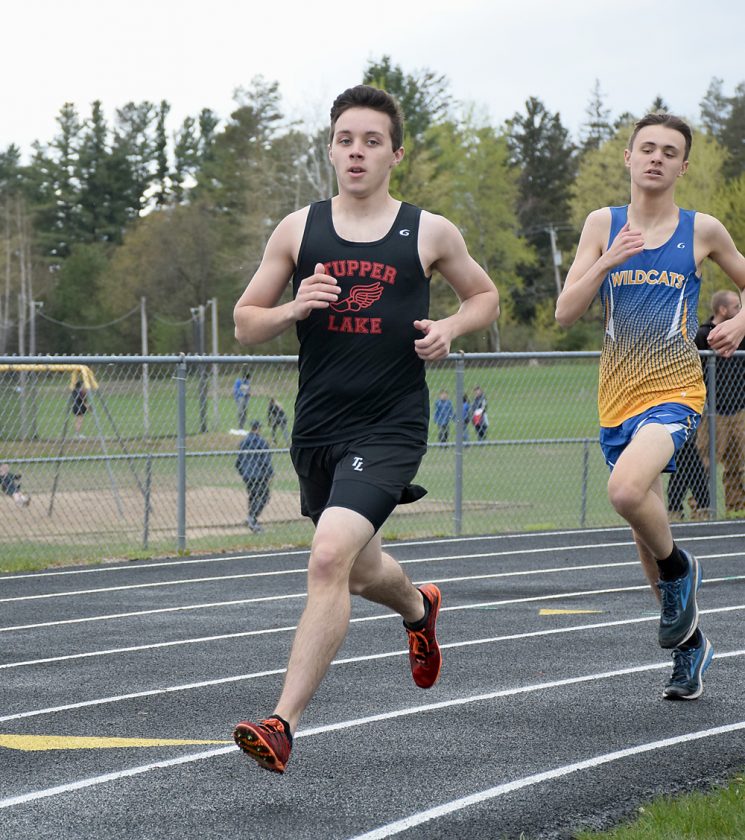 “I think everyone who has been here has stayed at their level and is raising their game. And then these new kids just love it.”

The Lumberjacks next travel to Ogdensburg for The VanDusen invitational at 11 a.m. on Saturday.