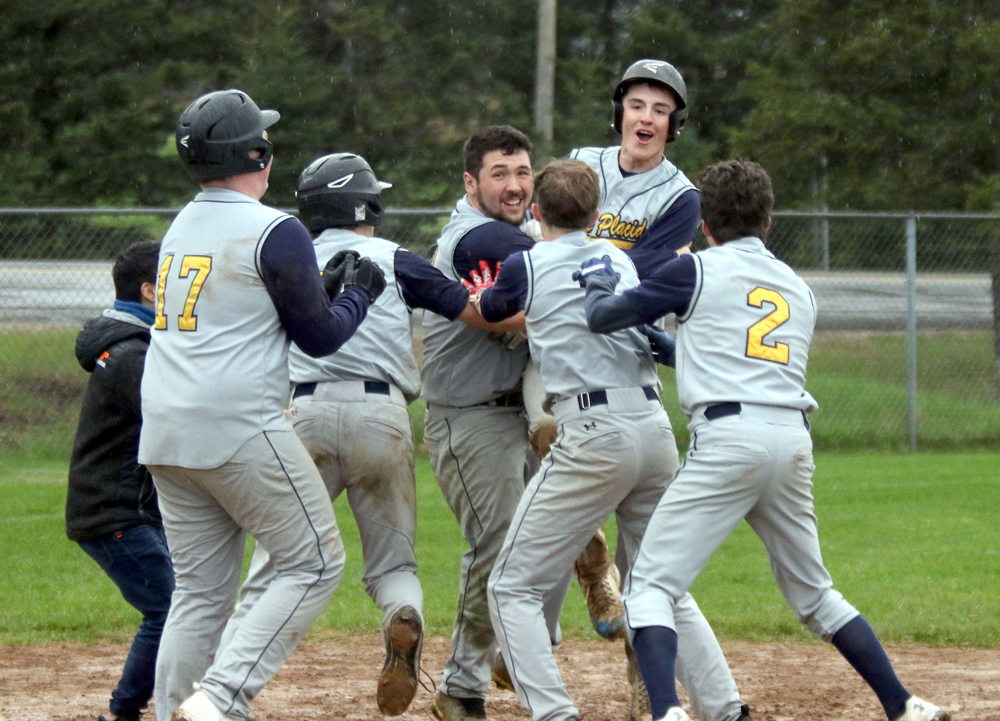 LAKE PLACID — Scott Sharlow’s walk-off double in the bottom of the seventh inning Wednesday was the decisive blow that lifted Lake Placid to an 8-7 victory over Northern Adirondack in Champlain Valley Athletic Conference action.

The Blue Bombers gave up three unearned runs in the top of the seventh to trail 7-5, but were able to string together four hits in their final at-bat to come through with the thrilling win and improve to 6-4 in league play. Sharlow’s blast to left knocked in two runs, with Matt Brandes coming across the plate to tie the game and Schyler Jordon following with the winning run.

Gage Perry led off the seventh for Lake Placid with a single, and moved to second on a sacrifice by Tyler Hinckley. Brandes then batted Perry home with an RBI double to cut the Bobcats’ edge to 7-6, and Jordon followed with a single. Jordon, who came in off the bench in the sixth, then advanced to second on defensive indifference, and with two runners in scoring position, Sharlow belted a 2-2 pitch deep to left field to end the game.

Both teams held leads during the game. NAC owned a 4-1 edge after three innings of play, before Lake Placid put four runs on the board in the fourth and fifth innings to surge ahead 5-4. The Bobcats then jumped back on top with three in top of the seventh.

NAC’s rally, however, was in vain as Lake Placid kept its hot hitting going in their final at-bat. Lake Placid finished with a dozen hits in the game. 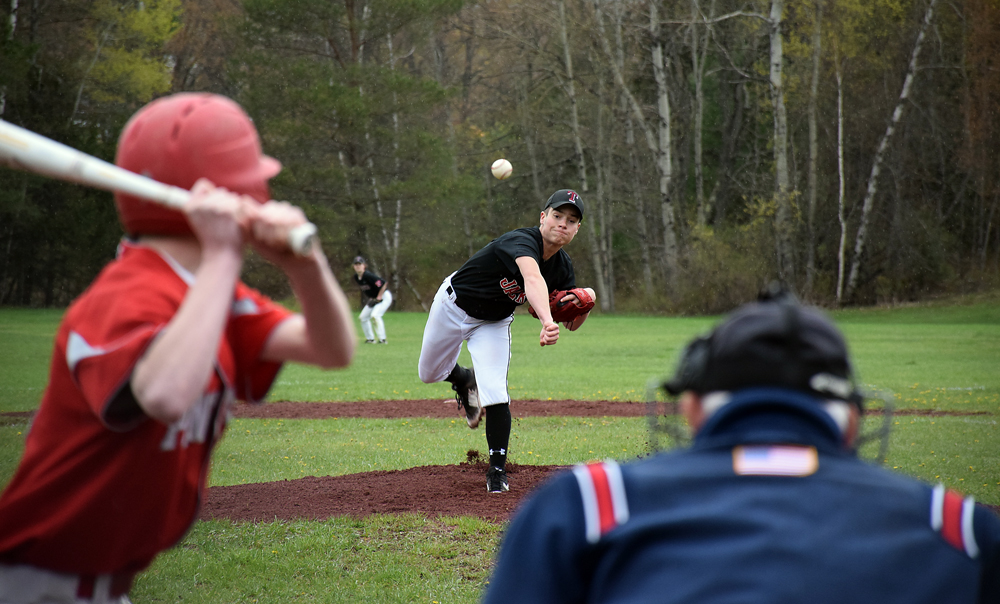 “It was back and forth all game,” Lake Placid coach Brian Brandes said. “We know that we have three good pitchers, so we know we’ll be in ball games. It’s just a matter of getting our hitting going and, of course, keeping the errors down. We did have five errors, that might have been a different story on a dry field, but we had some kids come through with some big hits.”

Lake Placid’s top three pitchers — Sharlow, Jesse Izzo and Jake Coursen — combined to limit the Bobcats to five hits. Sharlow started and worked five innings, Izzo entered in the sixth inning and was replaced in the seventh by Coursen, who threw 24 pitches and fanned two batters to earn the victory.

Brandes, Sharlow, Duncan Segger and Izzo finished with two hits each in the victory. NAC had seven hits in the game and Nolan Knight led the effort with a pair of singles. Dylan Chase added a double for the Bobcats.

TUPPER LAKE — The Parishville-Hopkinton baseball team jumped out to an early lead and was able to keep Tupper Lake in check the rest of the game on the way to an 11-5 victory Wednesday.

Playing as the home team after the game was moved from Parishville to Tupper Lake hours before game time, the Panthers scored four in the bottom of the first and found themselves with a 10-2 lead through five innings of play. Tupper posted three in the top of the sixth, but it wasn’t enough to threaten the lead.

The Lumberjacks drew nine walks throughout the game, including three by Chris Gillman, but were only able to muster two singles. Tupper Lake also struck out 13 times.

Tupper Lake returns to action Friday on the road against St. Lawrence Central.

Competing on their home course, the Saranac Lake Golf Club, the Red Storm struggled against the Chiefs, with Zach Churco the lone Saranac Lake golfer to shoot a sub-50 round. Playing in the top spot, Churco carded a 48 to earn the lone point for his team. Churco’s opponent, Ian Zurlo, withdrew from the match.

Saranac Central took the next five matches. Aliva Waldron topped Will McClure 45-54 in the second match, Colin LaMora shot the low round of the day, a 42, to defeat Carson Ryan by 14 strokes at No. 3, Connor Recore beat Evan Hochwald 56-71 in the fourth pairing, Kyle LaPorte topped Ryan Gallagher 60-66 in the fifth match, and Keegan Brown topped Olivia Tallman 46-71 in the sixth spot.