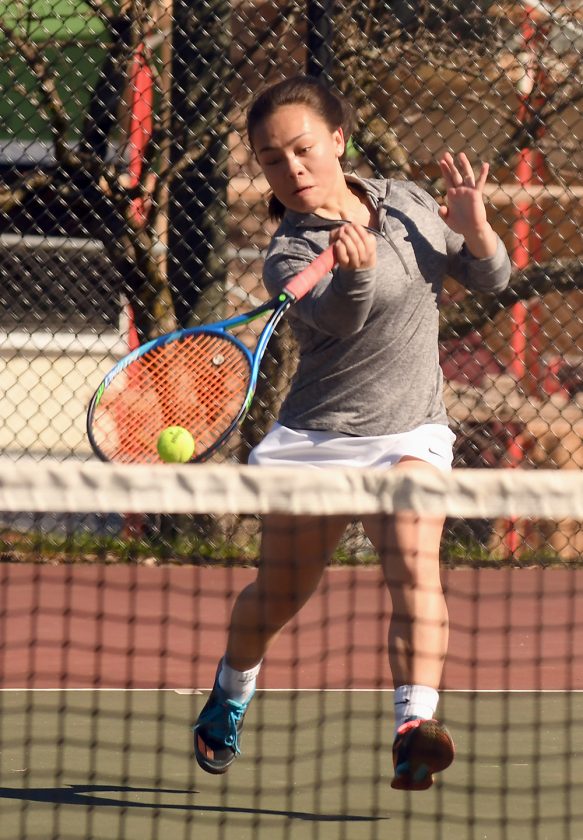 The Blue Bombers boys posted a 3-2 victory over the Cougars, while Lake Placid’s girls fell by the same score.

Lake Placid’s boys got a win from their top singles player, Sonja Toishi and a sweep by their doubles teams to improve to 3-2 in the Champlain Valley Athletic Conference.

Toishi, a freshman competing in boys tennis, improved to 4-1 on the season with a 6-1, 6-3 victory over Ian O’Donnell on Wednesday.

The Blue Bombers started the season with a host of new young players who have never competed in tennis, and they came through in a big way playing doubles on Wednesday. In the top doubles contest, Reuben Bernstein and Simon Thill teamed up for a 6-1, 6-2 win over Jake Manor and Darren Dubois. In second doubles, Tristan Spotts and Griffin Smith defeated Jack Gero and Haven Dragoon 6-2, 5-7 and 6-1 to earn the clinching point for the Blue Bombers. 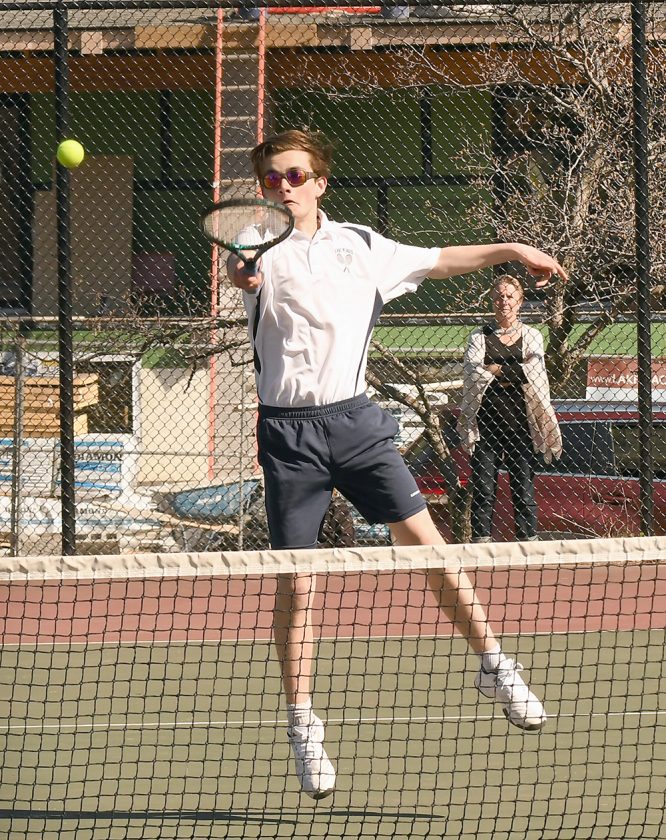 Boys coach Tyler Chase pointed out that Spotts is the only returning member of the Blue Bombers who was competing in doubles against the Cougars, and said he’s pleased with the progress of his first-year players.

“Our singles are pretty solid in their placement, and I think with our doubles guys, they are really starting to learn their positioning,” Chase said. “The skills, the strokes, the forehands, backhands, that all comes with time. How these kids are playing with each other, it’s really exciting to see. They seem to have a lot of enthusiasm.”

Camden Reiley and Tucker Jakobe both fell in their singles contests. Reiley, a junior, dropped his No. 2 singles match to Ryan O’Donnell 6-1, 6-3. Jakobe, a sophomore, fell in a tough No. 3 singles battle by a 6-4, 2-6, 5-7 score to Jack Sample. With that match tied at a set each, Jakobe fell behind 5-2 in the third set and eventually rallied to deadlock the score at 5-5 before dropping the final two games.

“Although Tucker didn’t pull out the win, that was a pretty impressive comeback,” Chase said. “He knew it was a hard-fought battle.”

Barrett Smith and the doubles team of Reagan Levitt and Sam Jubin earned wins for Lake Placid’s girls, who like the boys team, entered the season without a wealth of experience. 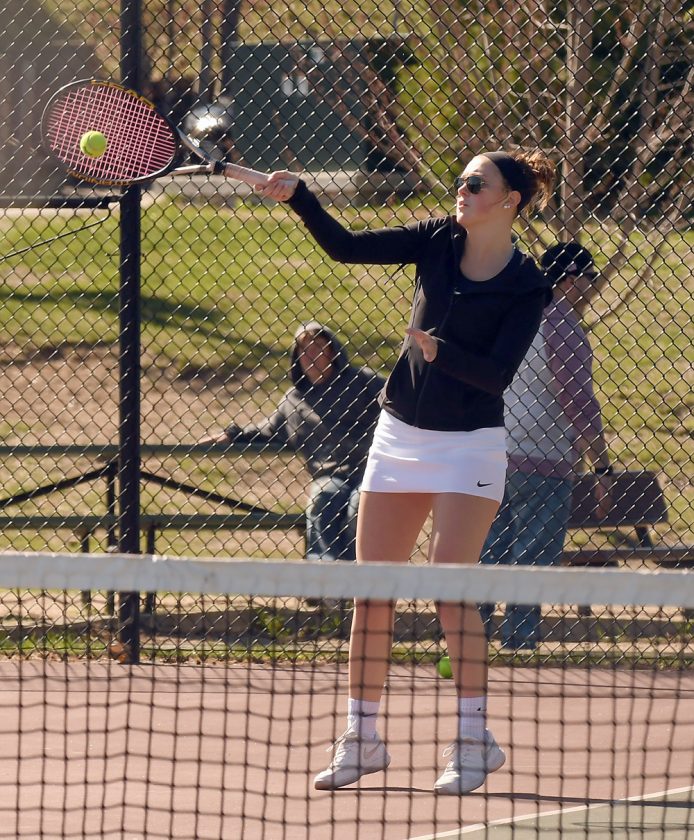 Smith, however, is a veteran of the sport, and she won a tough No. 1 singles contest, topping Northeastern Clinton’s Meara McManns 6-2, 7-5.

Levitt and Jubin, both newcomers, won the top doubles match with a 6-3, 6-1 score over Camryn Foley and Maggie LaFountain.

Blue Bombers Jillian Robinson and Karis Hudson both fell in singles. In the second singles match, Robinson was defeated by Bryn Sample 2-6, 3-6, while Hudson was swept 1-6, 3-6 in the third singles match.

The outcome of the girls contest was ultimately decided in second doubles, where Melanie Megliore and Haley Giroux of the Blue Bombers lost to Emma Gooley and Abby Favro 6-4, 3-6, 3-6.

“My second doubles got off to a quick start winning the first set, they dropped the second set and then I just think they just lost a little jump in their step in the third set,” Lake Placid girls coach Jon Fremante said. “Today, our girls put up a good fight against a good team.

“Overall, I’m pretty pleased,” continued Fremante, whose Blue Bombers are now 2-3. “We’re in a better spot than I thought we would be at this time with all the new players on the team. We have two of the tougher teams coming up in Beekmantown and Saranac and that will be a real test for our girls. Today, I was happy with our girls’ performance, just a little disappointed with the outcome.”

The Blue Bombers boys and girls have three regular-season matches remaining prior to the Section VII tournament, which was originally slated to start on May 15 but was pushed back to Monday, May 20.

Lake Placid’s next match is scheduled for Thursday at Schroon Lake.