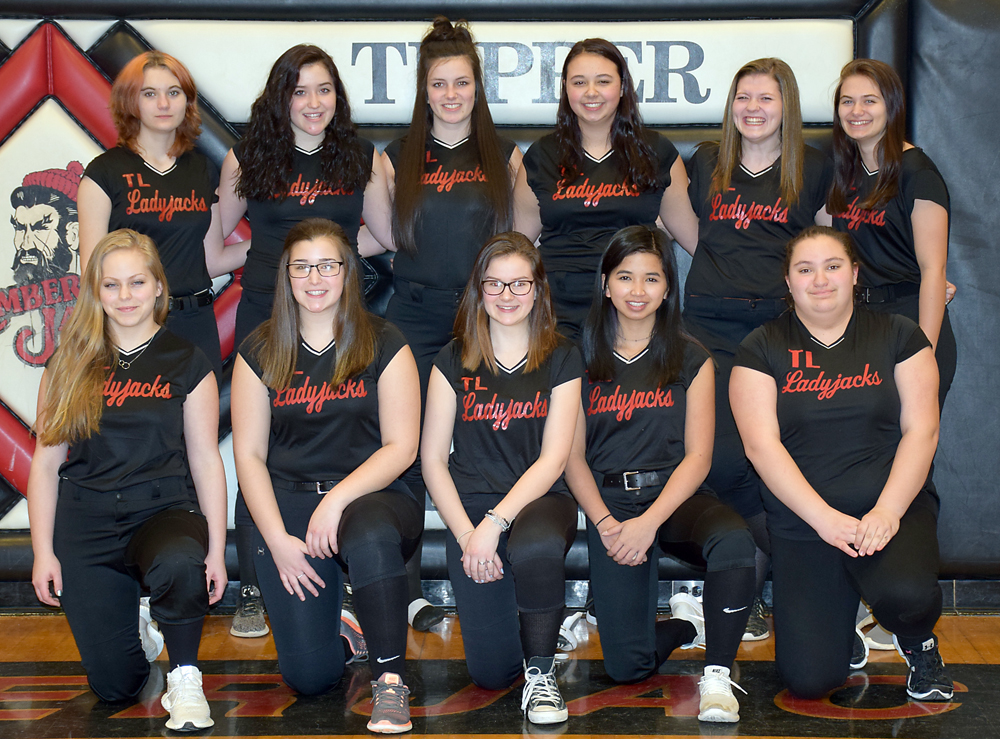 TUPPER LAKE — After a disappointing 2018 season, the Tupper Lake softball team is back to practice, this time with renewed vigor and a sense of excitement.

“I think there’s an improvement from last year; the girls are eager and willing to put in the work right now. They want to get out there and play,” second year coach Courtney Manhard said. “Their goals are set high, and as a coach, that’s more than what I would expect from them. So as long as they’re willing to put in the time and continue to work like they have been, I think we’re going to see some big improvements from last year.”

Manhard said her girls are in it to win this year, noting that she’s seen a big change in mentality from the team.

“We struggled last year as a team, we’d fall apart here and there,” she said. “And our goal this year is to not do that. We want to play as a team, win as a team and lose as team, rather than have the weight carried by a few individuals.”

Senior Ally Bishop has been pitching for the varsity squad for several years, and Manhard said she has developed into a team leader, as has center fielder Madisyn Mousaw. Mousaw and Bishop are the lone seniors on the squad.

“It looks good. I feel like we’re a good team; we get along well,” Bishop said. “We know our weaknesses and strengths.”

Manhard also said a couple of the juniors on the team will also need to step up, even though there’s only a few who have come up through the ranks of softball.

“We’re young again, we only have a few juniors and seniors. The majority of the team are underclassmen,” Manhard said. “Hopefully this experience will keep moving us forward in the years to come.”

Tupper’s first two games were rescheduled due to weather. The Lumberjacks’ are scheduled to face Madrid-Waddington at home Thursday, April 25.