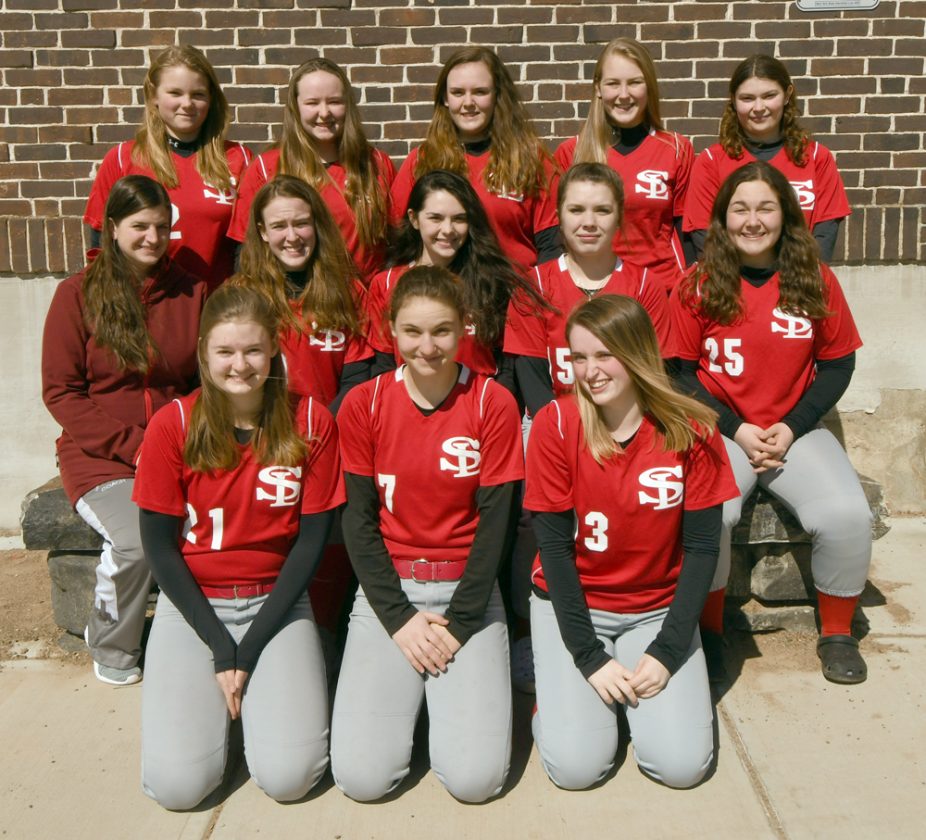 SARANAC LAKE — After struggling to an 0-12 start a year ago, Saranac Lake’s softball team really turned it on late in the campaign and posted a 3-2 record in its last five games, a run that included an extra-inning loss to the top-seeded AuSable Valley Patriots in the playoffs.

With eight players returning and four newcomers joining the team this spring, the Red Storm will look for good things to happen a lot faster than they did in 2018.

In order to make that happen, Saranac Lake will need to overcome the one big drawback that the team seems to face each spring, which is the lack of quality practice time outside during the preseason.

Last year, the Red Storm were able to finally put things together late, and despite finishing with a whole lot more losses than wins, they nearly came through with a huge upset in the opening round of the Class C playoffs when they took the top-seeded, one-loss Patriots to extra innings before falling 4-3.

Second-year head coach Suzanne Nicholas is expecting that things should be different early on as Saranac Lake looks to build momentum as the playoffs roll around this season.

“We are hoping to get a few early-season wins under our belt after a late start last year,” Nicholas said. “Hopefully, we’ll have another strong presence in the postseason this year.”

Nicholas said one aspect of the game the Red Storm is really concentrating on improving this year is their trips to the plate.

“We’ve been focusing a little more on our batting in hopes to get a jump offensively, which was a weaker point for us in the first half of the season,” Nicholas said.

The Red Storm will rely on six returning starters, a group that includes seniors Marissa Gibbs, Madison Reardon and Maggie Carpenter and juniors Madie and Katie Gay and Annabelle Bombard-Schmidt. Kelsey McCarthy and Kiana Carter are also seniors who round out Saranac Lake’s returning varsity players.

Katie Gay returns to the pitching circle after emerging as Saranac Lake’s top thrower in 2018, and her sister Madie Gay will start behind the plate.

Gibbs also returns with experience catching and in the outfield, and Reardon is also expected to be a key player in the outfield. Bombard-Schmidt will line up at shortstop and Carpenter will cover second base. Carpenter, as well as eighth-grader Karlie Goetz, are also listed as pitchers.

Junior Meagan O’Brien lines up at second base. Also for Saranac Lake, McCarthy plays catcher and outfield, Carter is an outfielder, and junior Caylen Smith and sophomore Amya Hurteau are on the roster at third base.