Red Storm will depend on strong core of players 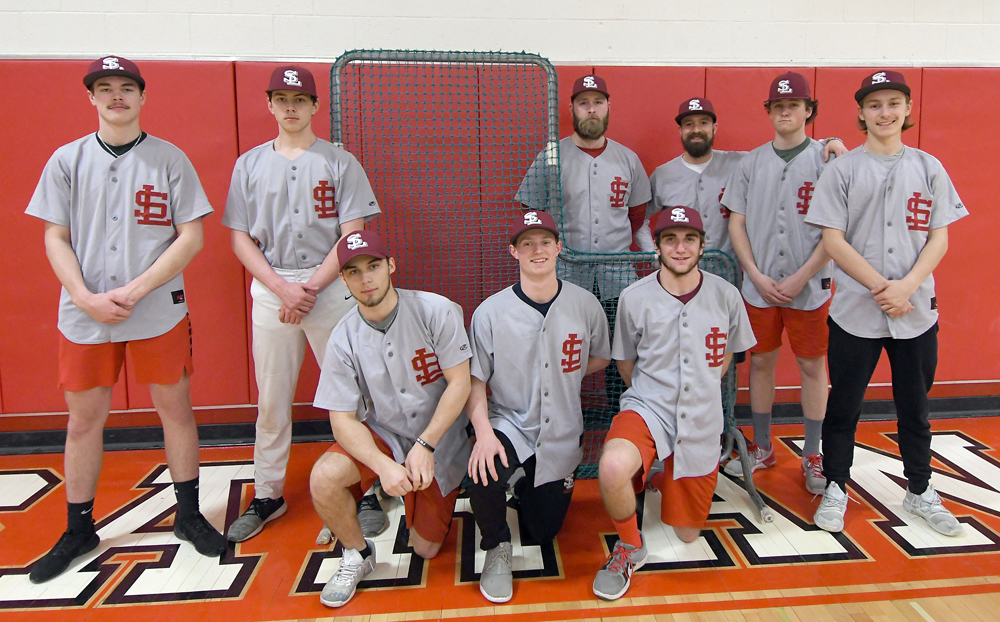 Those are two words that second-year head coach Kyle Mochal uses when talking about the type of team he expects to be stepping on the baseball diamond for Saranac Lake this spring.

With just 11 players on the roster, the Red Storm obviously won’t have the luxury of depth, but they do have some ball players who love the game. And Saranac Lake faces even more of an uphill climb numbers-wise, as veteran senior Ryan Meyer may or may not return to the lineup later in the season due to a shoulder injury.

“I keep saying effort and attitude,” Mochal said. “That’s my goal. What’s their body language telling you? Are they finishing out plays, hustling to first base on a pop fly, backing up the play, running hard after balls in the outfield? My goal each time we leave the field is to know that they’ve given it their all. So far, I’ve seen that from them at our practices in the gym.”

Saranac Lake will kick off its schedule with 10 healthy players: five returners who saw action a season ago, two seniors who were sidelined for much of the 2018 campaign, and three newcomers, including seniors Austen Reyell and Jacob Shipman, who both switched sports after competing in lacrosse last year.

Four starters back from the 2018 team are senior Quin Peer, juniors Ben Munn and Dylan Stewart and sophomore David Warner. Carter Sturgeon returns as a freshman after being elevated to varsity later last season as an eighth-grader.

With pitchers only allowed to work limited innings, Mochal said just about everyone on the roster should be ready to throw at some point during the season, and that’s been one area that has received attention during preseason practices under assistant coach Conor Casey.

Mochal, however, said that Munn is expected to be Saranac Lake’s top pitcher, and when he’s not working the mound, the junior could be playing just about anywhere in the field.

“Ben is one guy who played every position on the field, maybe with the exception of first base,” Mochal said.

Stephenson returns as a key player after missing last season with an injury. He’ll be in the infield and provide power at the plate batting in the cleanup spot. The other senior who was out last year is Jaden Gladd, who will be the Red Storm’s starting catcher.

Mochal said in the preseason that he’s happy to have Reyell and Shipman joining the team. Both bring speed to the lineup.

“Primarily, I’m most impressed by the the speed at which they play the game, running the bases, chasing down balls,” Mochal said of his two new seniors.

Mochal said that although Sturgeon is just a freshman, he should be a solid contributor who “absolutely has good baseball sense.”

Warner is a sophomore back on varsity and could be used at both infield and outfield positions.

Just an eighth-grader, Jon Kratts is a first-year player on the varsity squad.

Although numbers are low on the varsity squad this spring, the future seems to be getting brighter for the program as a whole. After not fielding a junior varsity team in 2018, a sizable group is back at that level this spring, and Mochal noted there are plenty of youngsters developing their skills there as well.

“To have all these kids playing ball, that’s a good thing,” Mochal said.