Lumberjacks headed in the right direction 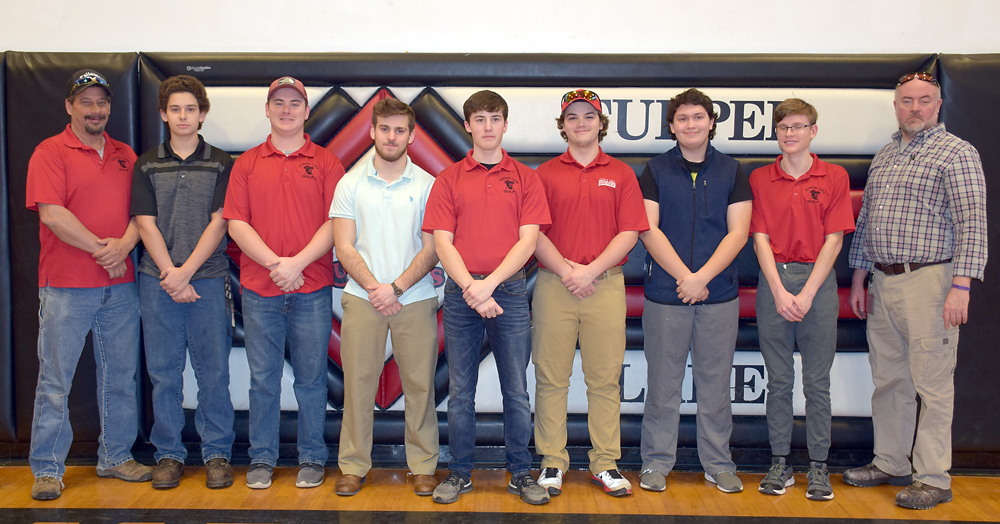 TUPPER LAKE — The Tupper Lake golf team improved with each round it played last year, and coach Matthew Bancroft wants to see that trend continue as his team ages and matures.

With almost the entire team returning from last year as seniors and juniors, Bancroft said his squad may be able to send an entire team, rather than individuals, to the sectional championships.

“We’ve got a couple seniors coming back and another senior that wasn’t with us last year,” Bancroft said. “We still have a very strong junior group coming up with a couple years under their belt as well.”

Bancroft said two juniors who led the team as sophomores last year should be able to repeat their roles as they push each other again this season.

“I’m going to guess my number one and number two are going to be what we were looking at last year, which is Riley (Fisher) and Nick (Skiff),” he said. “They push each other a little bit and compete pretty well. It’d be nice to have a couple of the other kids step up into that competitive mode as well, but they’re the two that really take it seriously.”

Coach Bancroft said the goal for the past couple of years was to improve with each match, and said the team is starting at a higher level this year than it has in the past.

“They actually know the game now, they have that experience,” he said. “I’m really looking forward to getting a group into sectionals; having a team compete at the sectional level.”

Bancroft said senior Jeremiah Bell will be looked to for leadership on the squad after he improved dramatically over the past two seasons.

“He was the kid two years ago, when the rest of them were ninth-graders, he was the one who dropped his score every single match,” Bancroft said. “Whether it was 10 points or one point, he dropped the score. He’s been playing steadily right along.”

The Lumberjacks golf team is scheduled to open the season with an away match at Salmon River on Friday, May 3. Their first home match is slated for Wednesday, May 8.