Lake Placid in the mix for sixth straight 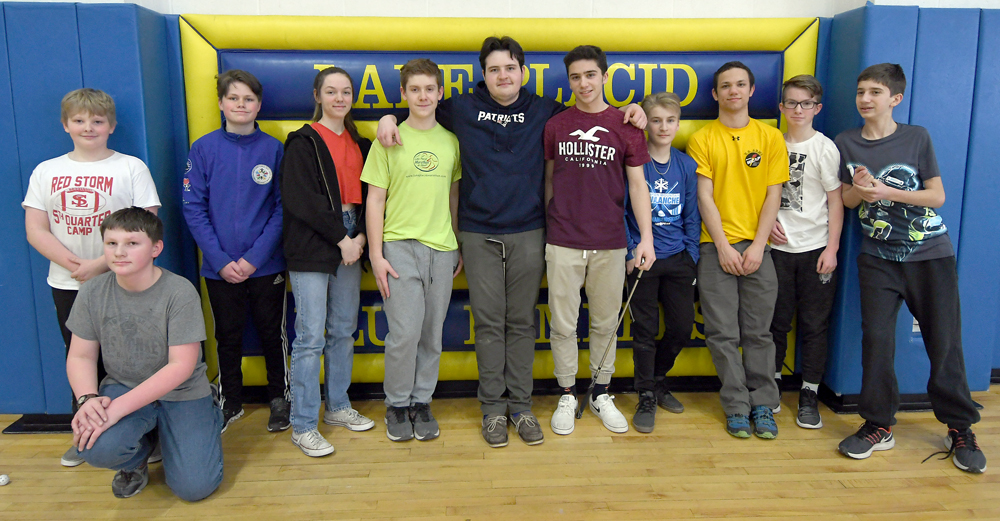 LAKE PLACID — Can Lake Placid’s golfers make it six Champlain Valley Athletic Conference championships in a row? And along with achieving that possible feat, will the team be able to notch its second straight Section VII postseason title and fourth in the past five years?

If the Blue Bombers are going to continue their impressive run, they will have to make up for the loss of their two top players from a year ago. Longtime coach John Glinski is pretty sure Lake Placid should be right back in the mix again.

“Out of my top eight (from last year), six are back,” Glinski said. “I’d like to compete for the league title and see if we can win sectionals. I’m encouraged.”

Gone from last year’s sectional championship team are Drew Maiorca and Lars Kroes, who both represented Lake Placid in the 2018 state championships. Maiorca graduated and Kroes transferred, but the remainder of the Blue Bombers’ top six remains intact, and some other golfers who were knocking on the door a season ago are also back.

Hunter Wilmot, a junior, tops the lineup of returning Blue Bombers. He competed in some matches last spring in the team’s second position and could move into the top spot this year. Seniors Noah Tavares and Cole Jacques, and freshman Brendan Bullock are Lake Placid’s other three golfers who return after playing in the top six a season ago.

Eighth-grader Brady Tremblay and junior Conner Reid are returning team members looking to move up after gaining experience playing in some exhibition matches last year as the seventh- and eighth-ranked golfers in 2018.

Another young student-athlete who Glinski described with potential is ninth-grader Jack Armstrong, who played golf at Saugerties prior to transferring to Lake Placid at the beginning of the school year.

The rest of the Blue Bombers roster is comprised of freshmen and younger, and if those team members stick with the game and contiue to improve, success in the sport at Lake Placid could continue for many years to come.

Lake Placid actually finished in a three-way tie for the CVAC regular-season title with an 8-2 record alongside Moriah and Northeastern Clinton, but those two squads have graduated key players, including the Vikings Joey Stahl, who was the individual champion at the 2019 Section VII championship tournament.