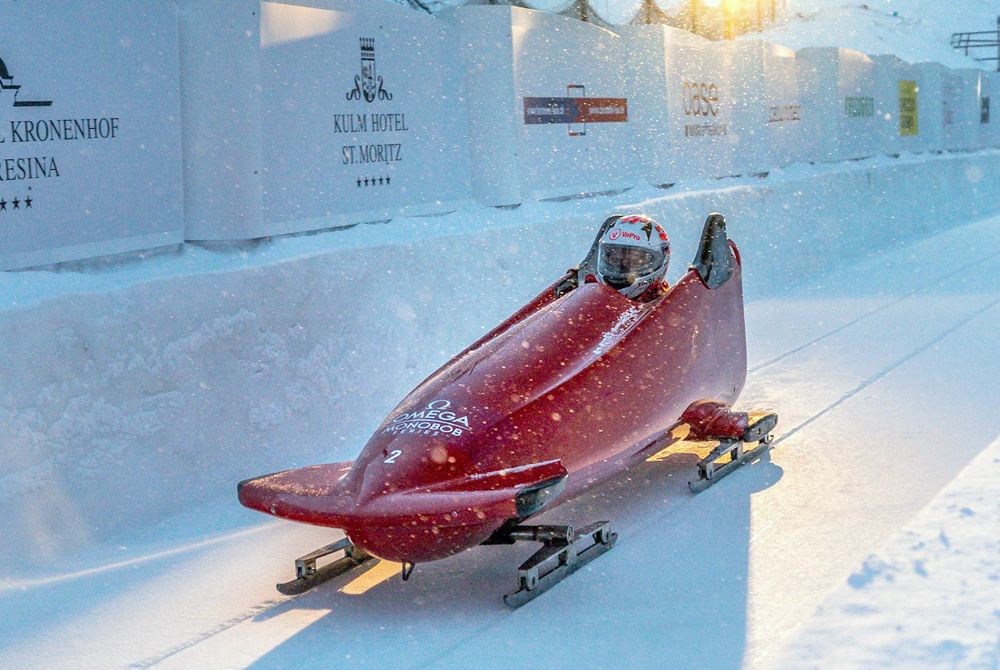 LAKE PLACID — More than a dozen athletes from 12 countries have begun to arrive in Lake Placid ahead of this weekend’s Para-Bobsleigh World Championships, and two Americans will be in the hunt for podium spots as the sport’s season wraps up.

Training runs are scheduled for each day this week ahead of Saturday and Sunday’s races, and with the first race on North American ice since the beginning of the season, both Americans are ranked in the top 10 in the world.

Christ Rasmussen, a 50-year-old from Battle Creek, Michigan, is the highest ranked U.S. slider, sitting in eighth with 614 overall points during the World Cup season. Steven Jacobo, a 28-year-old from Gardnerville, Nevada, is 10th with 535 points, while Canadian Lonnie Bissonnette leads the field of International Bobsleigh and Skeleton Federation sliders with 1,078 points.

Unlike traditional four- and two-man bobsled, the para sport races are monobobs, where there is just one person in the sled. The races are also mixed sex, with men and women competing against one another.

Bissonnette is first in the world based on his record this season of four race wins and three silver medals. Over the course of the 2018-19 season, Rasmussen earned three third-place finishes, along with a sixth, a 13th, two 14ths and a 16th-place finish. Rasmussen missed the first two races of the season in Park City.

Jacobo also made a trip to the podium with a third-place finish, and had a seventh, an 11th, 12th, 16th, two 17th and a 19th-place finish during the season.

Americans Barry Schroeder and Guillermo Castillo also competed on the World Cup circuit this season, but will not compete in Lake Placid. Schoeder is ranked 18th in the world, and Castillo is ranked 21st, but they each missed several races during the season.

Amanda Bird, communications director for USA Bobsled and Skeleton, said racers will be competing against each other, as well as the daunting track.

“Lake Placid is a challenging track, so it will be a competitive contest for the medals. One small mistake can compound on a track like Lake Placid, where curves are one after the other without any straights,” Bird wrote in an email. “It makes it interesting, because someone could hold the lead and lose it the next heat, making it anyone’s game for gold.

“The Olympic Regional Development Authority does an outstanding job hosting events. They do an excellent job maintaining a fast track regardless of weather, and are world class when it comes to hospitality.”

Each of the top 10 sliders in the world are expected to race this weekend, along with Spain’s Israel Blanco, Germany’s Nikolai Johann, Israel’s Dave Nichols, Italian slider Fabrizio Caselli and Kari Commandant Kjellskau and Kenneth Jorgensen of Norway.

The IBSF field has completed 10 races ahead of this weekend’s world championship, with two races each in Park City, Calgary, Lillehammer, Oberhof and St. Moritz. There will be two days of race action in Lake Placid as well, as heats kick off Saturday at 10 a.m. and continue on Sunday at the same time.

“ORDA is excited to be a part of the continued growth of para-bobsleigh,” said New York State Olympic Regional Development Authority (ORDA) president/CEO Mike Pratt. “Para-bobsleigh is a test of focus, determination and courage and I can think of no other track in the world that can do that better than Lake Placid’s.”

Admission to the competitions is $9 for adults and teens and $7 for juniors and seniors. Children six and under receive free admission.