Lussi back in flight at worlds 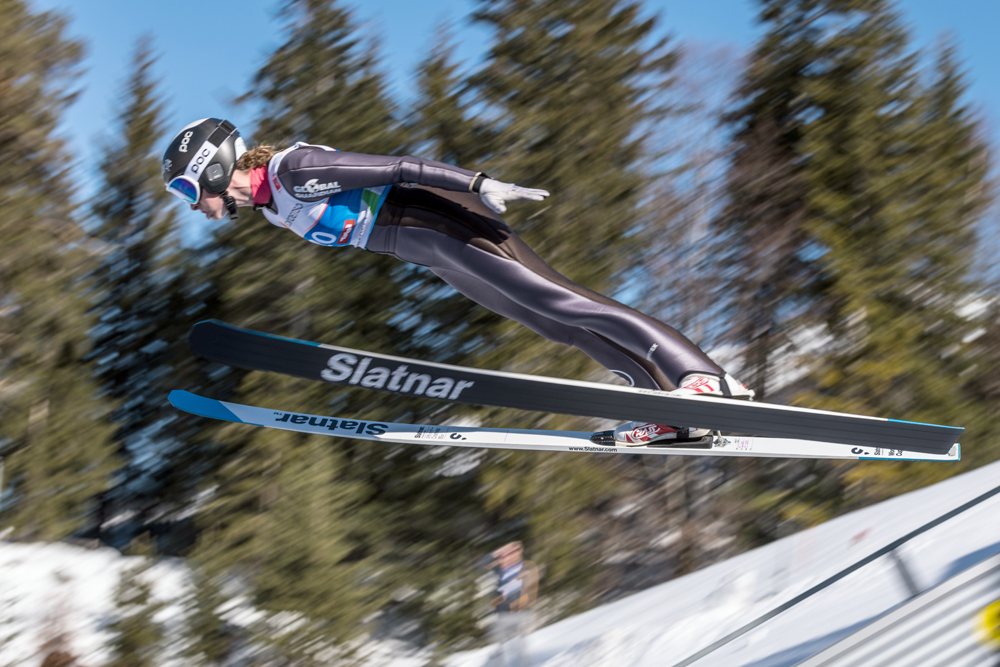 LAKE PLACID — Nina Lussi may have come up short in achieving the results she wanted at the 2019 FIS World Ski Championships, which were recently held in Seefeld, Austria. But when it comes to taking another step toward a hopeful trip to the 2022 Winter Olympics, the world championships proved to be a valuable experience for the 24-year-old ski jumper from Lake Placid.

Lussi kicked off this year by returning to competitive jumping on the big stage after working her way back from a torn ACL sustained in December 2017 at the United States Olympic trials. At the time, Lussi was right in the hunt to earn a trip to Pyeongchang to represent the U.S. as a first-time Olympian, but a crash dashed those hopes.

Instead, Lussi had to adjust her sights to 2022, and all the major competitions and training that come along with another shot at an Olympic dream. The 2019 FIS World Ski Championships took place from Feb. 22-March 3, and were Nordic skiing’s biggest event since the 2018 Winter Games in Pyeongchang, South Korea. Lussi was one of four Americans on the U.S. women’s ski jumping team in Seefeld, and she competed in three events.

After being sidelined for 13 months and just getting back into World Cup competition in the middle of January, Lussi was well out of the medals in Seefeld. In the women’s individual competition on Feb. 27, she placed 46th in the qualifying round, which left her six spots shy of jumping in the final. A day earlier, Lussi joined Americans Logan Sankey, Tara Geraghty-Moats and Nita Englund to place 10th in the women’s team event, and then wrapped her World Championships on March 2, combining with Englund, Kevin Bicker and Casey Larson to give the U.S. a 10th-place result in the mixed team jumping.

“Overall I can now say that I am satisfied with the experience as a whole,” said Lussi, who is currently in Europe studying and winding down her competitive season. “This was my big goal after my ACL tear at the end of 2017, and being able to represent the U.S. in all three events was an honor. The consistency of my jumps is still lacking, and I can say that I hoped for a better performance.” 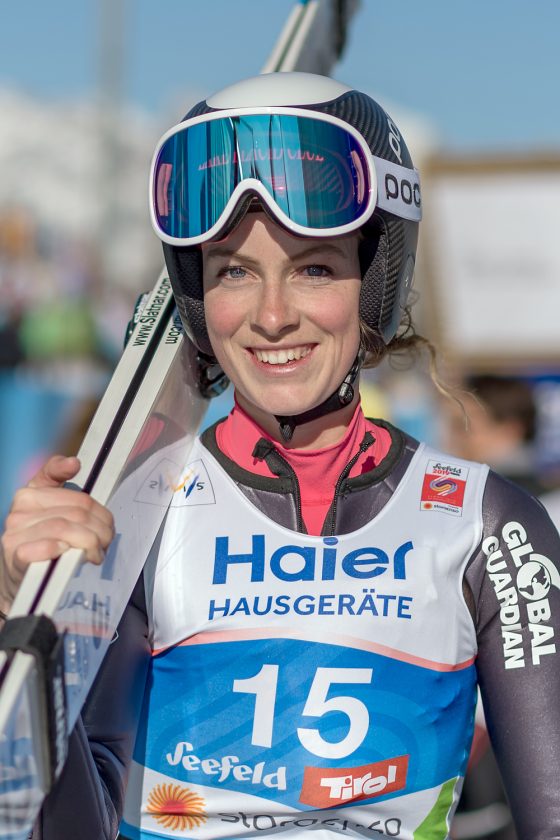 In the end, Lussi said just being a part of the World Championships outweighed what ever place she happened to land in. And what made Lussi’s experience even better was six family members, including her parents and grandparents, were in the crowd.

“Seefeld 2019 was a family affair. After I crashed at Olympic Trials, we made a pact that we would all reconvene in Austria in hopes that I would qualify,” she said. “Myself included, there were seven Lussis at World Champs [Caroline, Serge, Art, Martina, Kalen, Crissy, Nina]. To have such a huge showing of support was amazing. Friends from Austria and Slovenia even made the trip and finally had the chance to meet the Americans.”

Despite her results, Lussi described just how exhilarating battling it out with the world’s best women ski jumpers in front of thousands of fans can be. She said there was nothing quite like standing at the top of a towering jump on her final day of competition while looking down at the sights below.

“The biggest crowd I have ever jumped in front of,” Lussi said. “Everyone has their own pre-jump rituals, and as it was world champs, everyone was very focused on the job at hand. After tying my boots at the top, I finally glanced down the hill and was amazed to see hoards of people flocking from every direction towards the base of the jump. Instead of feeling nervous, it was invigorating. I think this was the first time I realized this was a moment and an event I would remember forever.”

Lussi went on to describe another experience she had during competition that portrayed just how amazing it was to be a part of the event.

“One of my competitors from Italy, Elena Runggaldier, and I shared a moment at the bottom of the hill in which we were discussing our individual jumps. The sun was shining and the snow sparkled, and we concurred that if you can’t be happy here, then you should probably just go home. It wasn’t about the results anymore, but something bigger.”

The good times also followed Lussi when she was away from the jump hill. One of her fondest experiences was joining U.S. cross country skier Jessie Diggins, who along with Kikkan Randall made history by winning an Olympic gold medal in Pyeongchang, for breakfast every day for a week.

In a sport that’s dominated by Europeans, and in part by the Japanese, Lussi and her teammates realize that they have a long way to go in order to convert the Americans into a ski jumping power. She said they appear to be heading in the right direction.

“The road to the top is long and steep, but we are on the way up,” Lussi said. “Especially at events like this one, it is clear how much stands behind the top teams. The shear equipment, staff and support brought by the Norwegians for example is insane. Right now we are doing our best to keep our foot in the door, and our governing body, USA Nordic, has spearheaded some great initiatives to utilize American resources like the Mayo Clinic for athletic testing, combined with European ski jumping knowledge in the form of a largely Slovenian coaching staff, and ski jumping suit development.”

Lussi’s season ends later this month after World Cup stops in Norway and Russia. She plans on having some fun during downtime in April, and then, it’s right back into training in May.

“2022 is the ultimate goal for me right now. If I have learned anything over the past year, it is not to take my health for granted,” Lussi said. “Ski jumping is still an extreme sport and with it comes the risk of injury, so knock on wood. Otherwise there is always room for improvement on the technical side. I will be working a lot this spring on increased flexibility and body awareness. Since I have been fighting to basically get back to the starting line for the last 13 months, it will be great to start the next season with a clean slate and no physical restrictions.” 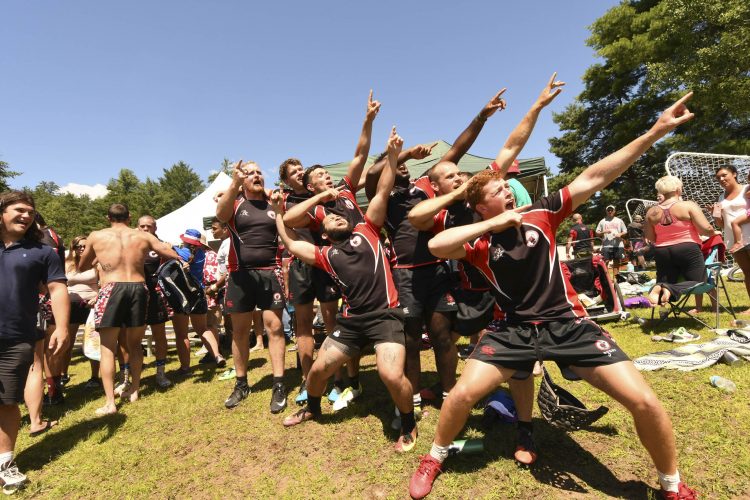 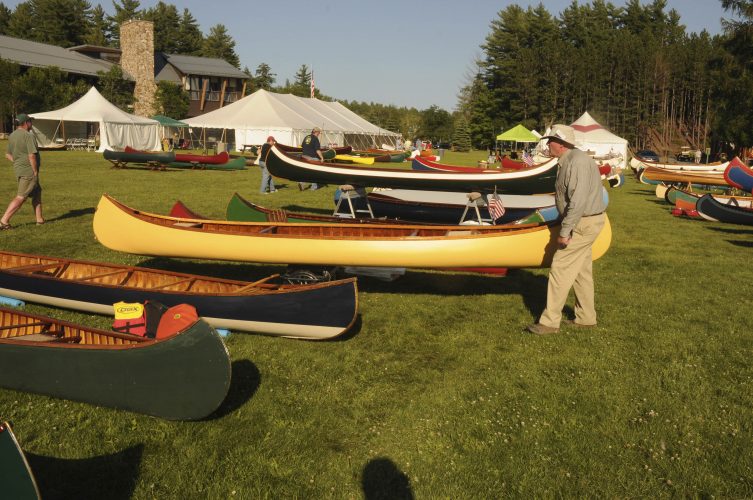 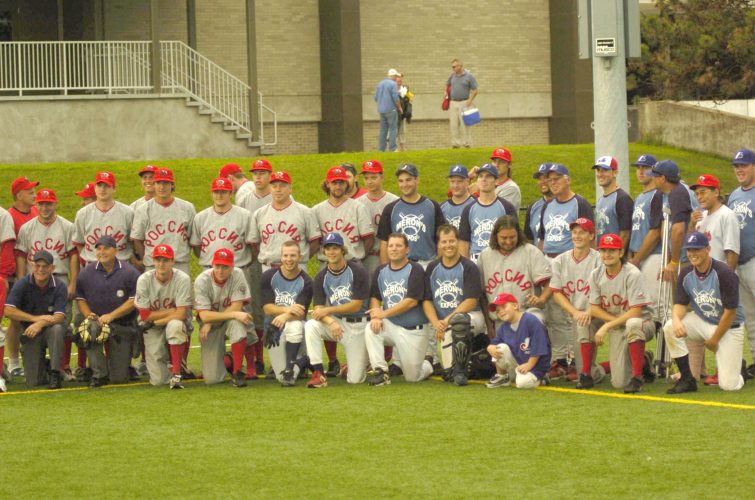 LAKE PLACID — The hoopla never measured up to the hype. Apparently the word was out earlier last week that ...