Running toward a state title

SARANAC LAKE — Early Friday morning, as the sun was coming up, cross-country runners for Lake Placid, Saranac Lake and Tupper Lake boarded buses for a roughly seven-hour drive to Long Island for the NYSPHSAA championships. And with an undefeated season on the line, the Saranac Lake boys squad is projected to earn a state championship by a wide margin. 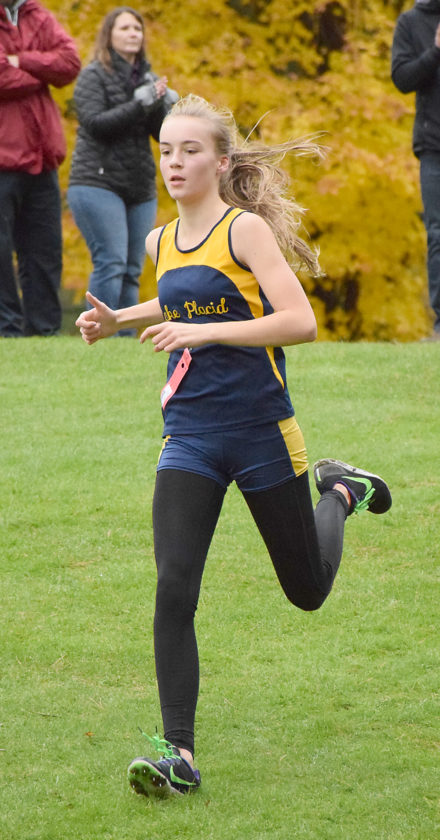 The Saranac Lake boys team has been utterly dominant this season, often taking more than half of the top 10 positions in each race they’ve competed in. In the sectional championships last Friday in Elizabethtown, the Red Storm went one-two-three-four-five-six, and also took eighth place on their way to a team win.

TullyRunners.com has projected Saranac Lake to finish first with 38 points, compared to James I. O’Neill school in second with 108 points. O’Neill is in Highland Falls, near West Point.

“It’s exciting; the boys are excited,” coach Bill Peer said of being ranked first in the state. “We’re excited for the opportunity and I have a high level of confidence in our team. But the bottom line is you still have to race.

“We appreciate the recognition for the body of work we’ve done this year, but we know on Saturday it’s going to be time to get down to business.” 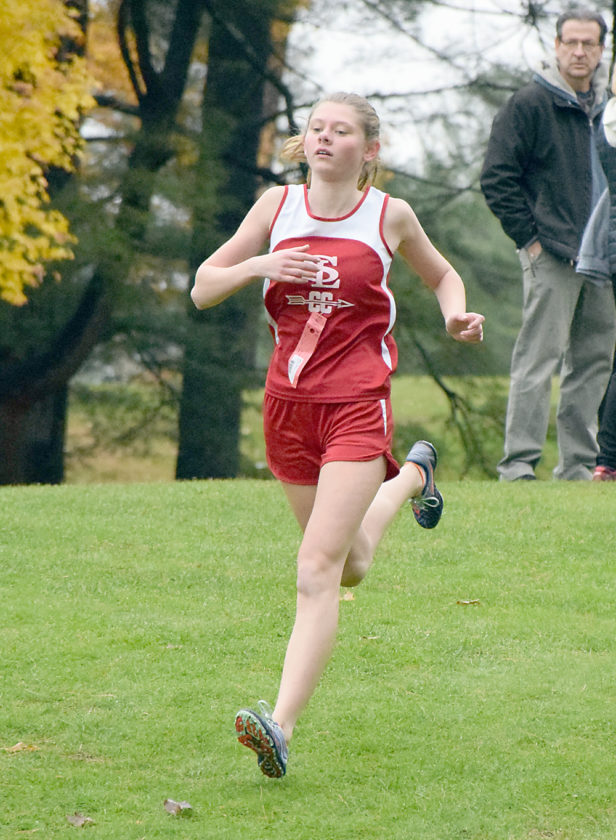 Peer said the team is treating this week as just another week in the season.

“We’re real big in believing in routines and not deviating from that,” he said. “We have stuck to our training plan. These last three weeks are pretty routine. So they’re into week three of this cycle, and they’re used to it.

“We’ve kept things as much the same as we can.”

The team traveled to the course, which is at Sunken Meadows State Park in Kings Park, earlier this year for a race, so the course won’t be totally unfamiliar to the Red Storm. 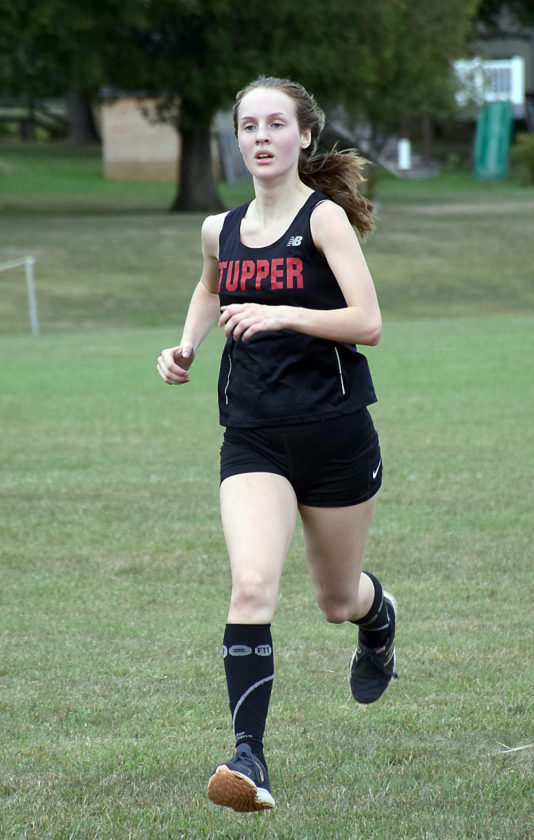 “We want to get a girls team there in the future, and our hope is that they will help us build to get there.”

Bombers’ coach Mel Frazer said the race could be up for grabs.

“Looking at the rankings, the boys are pretty consistently ranked fifth, but between second and fifth is all pretty close,” she said. “My boys have a hard time just relaxing, so this week is kind of an easier week, focusing on speed and less mileage.

“So the boys are looking good.”

“My ladies are projected to finish sixth, but Maple Grove and Tully (High School) are just so tough,” she said. “They’re running more like a team toward the end of the season (and) they’re a lot more focused.

“We definitely had kind of a slump through the middle of the season, but they’re definitely on target now. They’re super pumped to go.”

Frazer said the bus — which is shared by Saranac Lake and Lake Placid — will go straight to the park to run the course.

“There’s two big hills on the course (including) Cardiac Hill, that’s the second one,” she said. “The first hill is just this long hill and then at the top there’s a steep pitch that you have to go up and over.

“But then there’s this really steep downhill, so if it’s wet some kids will go for it and some will check their speed.”

Frazer said the hilly-ness of the course is beneficial to North Country runners since the home courses up here are relatively hilly as well.

“I think it’s definitely a course where, coming from here where you run hills, it’s definitely helpful; you feel more comfortable on them,” she said. “Not just pain-wise, but going fast down them.

“The beginning and the last half mile are pretty flat, but I guess it’ll come down to trying to pull away on the hills.”

Tupper Lake, which competes in Section X, didn’t qualify as a team but had good enough performances this season to have three boys and three girls qualify for the Class D race. The Lumberjacks’ contingent is made up of boys Patrick Cote, Jayce Clement and Matthew Whitmore and girls Sandra Kwasniak, Sara Trabakoulos and Ruby LaDue.

Lake Placid and Saranac Lake have each competed at the championship course earlier this season, but Tupper Lake coach Amy Farrell said it’s been about a decade since she was there. However, she’s aware of the hills and has focused the kids on training for that.

“We have been doing a lot of hills this season because I remember — it’s called Cardiac Hill — is a thing of legends in New York State cross-country,” she said. “So lots of hill repeats and things like that.

“Patrick, Jayce, Matthew and Sandra have all been to states before so they’re just hoping to place higher than they have in previous years and I think they will. It’s just a good chance for them to be exposed to some of the best cross-country runners in the country.”

Farrell said that Whitmore is the lone senior going to the state meet, and that the experience earned this year will help the Lumberjacks going forward.

“I think trips like this, it’s always a lot of fun and they get to see a lot of great runners and it fires them up for the next year,” she said. “Sandra, Patrick and Jayce all ran in states last year, and they all improved this year.

“I think it’s just a good experience for the group.”

Farrell is also taking her kids straight to the course when their bus gets to Long Island.

“Hopefully we’ll have them run the course and help calm the nerves about the hill,” she said of the team’s plan Friday. “I’m definitely excited to see how some of the top runners up here do, and I think last year there were some nice surprises and I’m just excited to see how they do at the state level.”