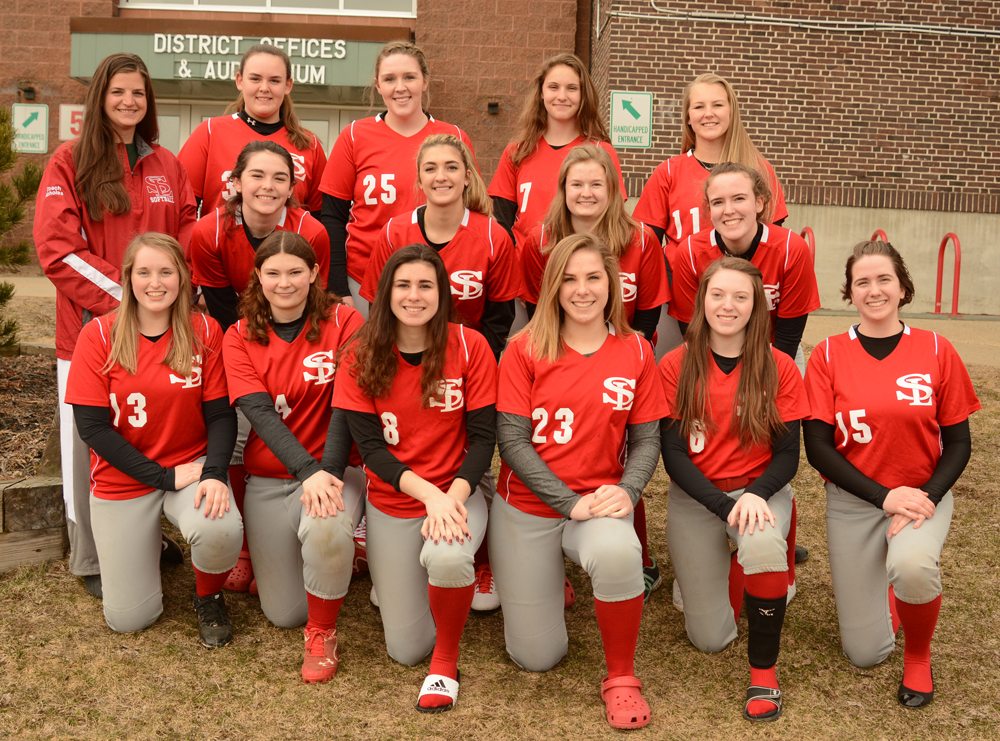 Suzanne Muldowney Nicholas heads into her first season as the Red Storm softball coach, taking the reins from former head coach Deb Yando. Muldowney Nicholas inherits a squad looking to fill the shoes of eight players who graduated a season ago. She said that two veteran returning seniors will be among the players that help pave the way for the 10 varsity newcomers.

“Some key leaders will be two of our seniors — Kayleigh Merrill and Jayda Buckley — both at bat and in the field,” Muldowney Nicholas said. “One of our team goals will be to creatively maximize our talent.”

Along with Merrill and Buckley, Hannah Gochenauer and Natalie Dewey are also seniors who are returning players on varsity.

Buckley will be one of Saranac Lake’s pitchers and will also line up at second base. Merrill returns as the Red Storm’s starting shortstop. Marissa Gibbs is a key junior for the team and will start behind the plate.

Muldowney Nicholas expects her three sophomores — Annabelle Bombard-Schmidt, Madie Gay and Katie Gay — to play multiple positions. She added that Katie Gay will be among a group of pitchers looking to find their groove in the circle.

“We are looking forward to having a few consistent pitchers and are fortunate to have a handful of strong utility players,” she said. “Another one of our goals is to be aggressive on the bases and of course, having a .500 season would be great.”

Like the rest of Saranac Lake’s spring sports teams, it’s been the same old story during the preseason., as the Red Storm headed right into their Champlain Valley Athletic Conference schedule without the benefit of having a single practice outdoors. That matchup ended up being a lopsided Red Storm loss at the hands of Plattsburgh, but Muldowney Nicholas expressed confidence that her squad will put in the work, bounce back and improve as the season progresses.

“We’ve got 14 young ladies who really want to be there and work hard every day,” she said. “I’m really excited for them to get the season started.”