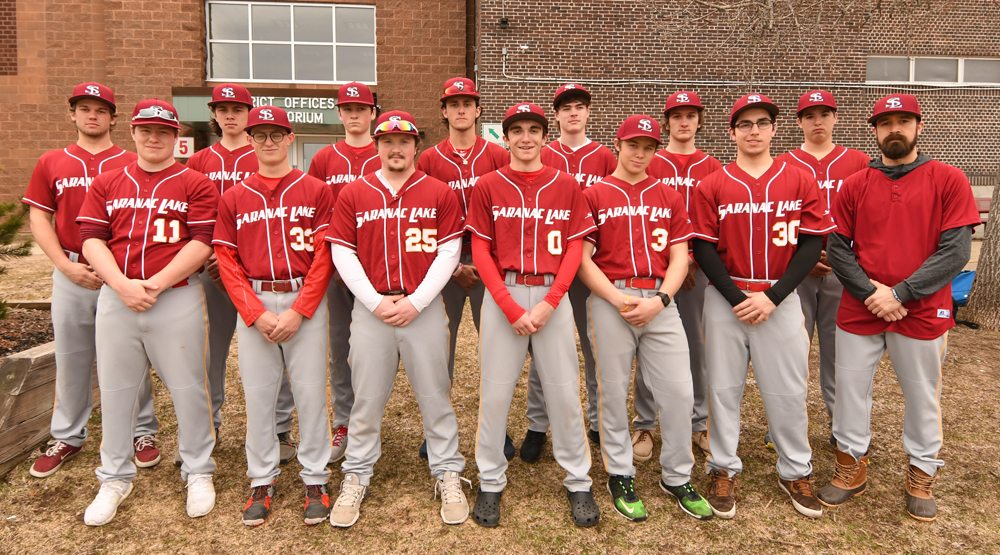 SARANAC LAKE — A new coach and a large group of new faces.

That will be the look for the Saranac Lake baseball team as the Red Storm head into their Champlain Valley Athletic Conference schedule.

Kyle Mochol takes over the reins from Mark Farmer, and as the Red Storm varsity team’s first-year head coach, one of his major tasks will be finding replacements for the 10 seniors who graduated from last year’s squad that posted a 4-7 record.

Casey Sturgeon, Matt Kratts and Michael Miller are all seniors and the only team members back from last season’s varsity squad. The trio is among S­aranac Lake’s projected starters, and they’ll be joined by 11 more players that include five juniors, three sophomores and three freshmen.

During the preseason, Mochol said he was happy with what he saw from his team. He listed Gladd, Peer, Stephenson, Stewart, Munn and Darrah as projected starters along with his seniors.

“We are a young team with few returning starters,” Mochol said. “However, what we may lack in experience at the varsity level we make up for in talent, tenacity and overall hard work during practice.”

Mochol said the team was doing what it could during the preseason to get prepared, despite the lack of quality practice time outdoors.

“The weather in the Adirondacks is not very (conducive) to high school spring training,” he said. “Without access to any outdoor space, we are limited to the gym for practices. That’s why we stress the importance of the small things and building that muscle memory, so that when we are finally able to get onto the field, we can start to focus some of our attention on the bigger picture, which is winning baseball games.”