Gary Landrio must certainly know about inaccurate usage estimates, because I know of two estimates he referenced in his commentary that turned out to be inaccurate. Mr. Landrio said he worked on the business plan for the Adirondack Centennial Railroad that operated in 1992 to celebrate both the centennial of the Adirondack Park and the railroad itself. The ridership estimates were for 20,000 riders. In the end, the 4-mile out-and-back excursion drew 62,525 riders in 1992, according to the 1996 Corridor UMP. While I can’t find any citation for the 20,000-rider figure, I am quite sure that was the initial estimate, and the 1996 UMP describes a scramble to lease additional coaches and add additional daily trips to meet the demand. Ridership continued strong for the next two years before starting to decline.

Mr. Landrio also worked with the Adirondack North Country Association on a 1990 feasibility study. This was followed by an ANCA-sponsored study in 1994 that projected that, after four years of operation, the Saranac Lake-Lake Placid tourist train would gross $1.3 million and create 72 jobs. After 15 years of operation, experience had proven these estimates to have been wildly optimistic. As I said in my recent commentary, we now know what doesn’t work. It’s time to try something different.

To the editor: We recognize that this is a period of concern and uncertainty about what the next few months will ...

To the editor: Dear neighbor: Are you aware that Gov. Cuomo included the Accelerated Renewable Energy Growth ...

Socialism stinks — revisit to my March 2 letter to the editor

To the editor: Since I do not and never will have a Facebook account I cannot respond to any of the online ...

To the editor: Donald Trump the plump chump Called the coronavirus a hoax? The Trump Depression is ...

To the editor: With the rise of the far-right and radical right, we not only have been experiencing the growth ... 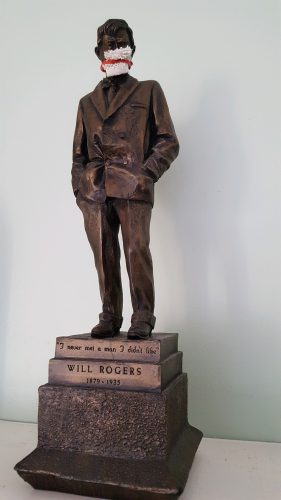