This is way bigger than partisanship. It’s bigger than “fake” media. It is bigger than gun laws and abortion rights and judges. It’s bigger than illegal immigration and a wall. To those of you who voted for President Trump because he would shake up Washington, that’s fine. It was your vote. But NOW, I beg you to look at cold facts and think of our country. There is a time and place for shaking up Washington. This is not it. The president wading into foreign policy when he has never had an interest in it and is basically an isolationist is a form of Russian Roulette.

The Republicans (sadly including our congresswoman) are enabling Putin and Russia, Xi and China, and Kim and North Korea to weaken the USA by ignoring the FACTS.

Empty your mind of President Trump and the Republican talking points for a second, and read or reread Ms. Fiona Hill’s testimony. She has studied Putin like no one else. She has written a 500-page book on the man. This book was written well before the current impeachment process got underway.

Putin is a bureaucrat who plans for the long run. His goal is to try and recreate the USSR. If he succeeds, it would be at the expense of America and its allies. Do we want to enable the spread of communism?

Foreign policy and alliances take years to build and a phone call to destroy. We live in a global world, not Fortress America. The USA needs to be friends and allies to as many as possible. The ideal would be if our military and foreign aid budgets could be switched. Think of all our taxpayer dollars going for good! Ending wars, rebuilding what has been destroyed, prosthetics for children who lost limbs, schools, hospitals, spreading our unparalleled farming ability so that people could feed themselves in their own countries. Building strong countries everywhere.

Bureaucracy EXISTS to bridge the gaps caused by our electoral process. The agencies of our government are the memory banks of our government as well as the cogs that turn the wheels. Although one may think that bureaucracy is a bad thing, one has only to observe the bureaucrats that your taxpayer dollars have funded to see a bunch of loyal, patriotic Americans who want to protect American interests at all costs. It is possible that one or more of them have given up their career prospects or more for America.

Amazingly, they have stepped forward and made the sacrifice, whatever it may turn out to be for love of country, not self-interest.

To the editor: It is my belief that the reason why Donald Trump focuses so much on the lifestyle, social, ...

To the editor: We’re all distracted, but the world still revolves. The current leader of communist China (Xi ... 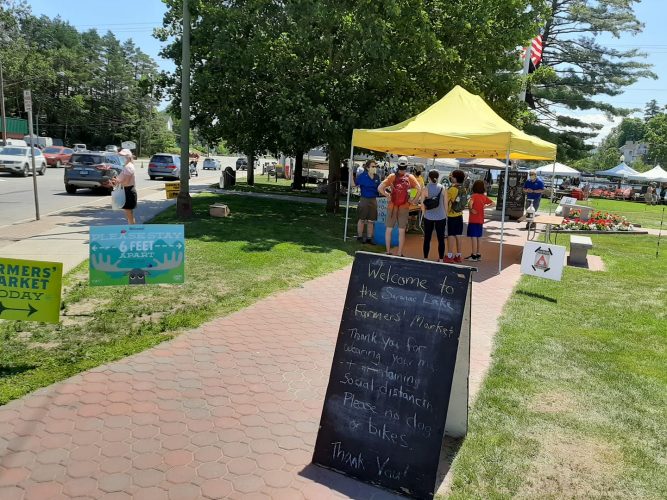 To the editor: Regarding the following statements in recent posted petition, “We’re working to fight racism ...

COVID-19 going up in North Country