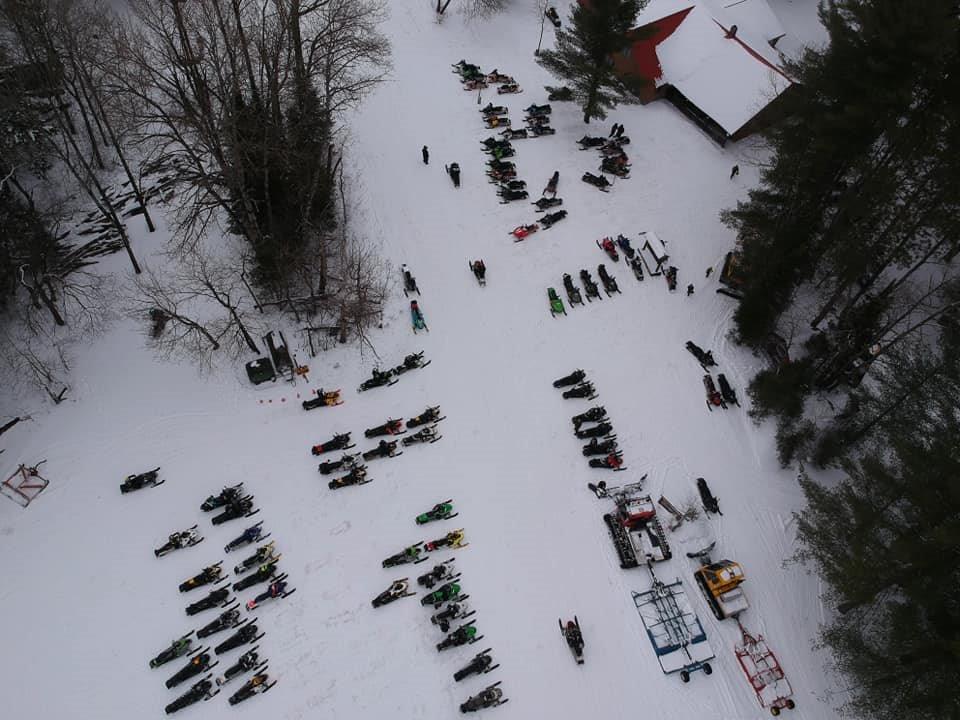 Dozens of snowmobiles are seen from an aerial drone on the afternoon of March 3 at Beaver River on the state-owned Remsen-Lake Placid Travel Corridor. (Provided photo — Bernard Boris)

The Department of Environmental Conservation, Department of Transportation and the people are waiting for the change in the corridor definition and the results, but that is not the only language that needs to be changed. In articles and comments about the rail trail, you will often see phrases like “Rip up the rails,” “tear out the rails,” “destroy” the historic railroad and disparaging references to supporters of both sides of the issue. As a trail supporter, I would like to propose a change in the language.

Support it or not, the trail use, even in its limited scope, has been the most important use of the corridor for well over 60 years, and yes, I know there was an operating (though failing) railroad for part of that time. So let’s change the language. The intended use of corridors are for movement of people and goods. The rails can be removed, repurposed and recycled rather than left to decay and waste. Snowmobiles will be directed through the wilderness without further environmental damage from new development. Bicycling and hiking the corridor will bring the public closer to the history and nature of the area with the least impact possible. After all, support for the corridor has always been for commerce and access to the interior of the people’s lands.

To the editor: Last spring, Elise Stefanik, a member of the House Intelligence Committee, stated about Russian ...

To the editor: Following is John Klimm’s address to the Tupper Lake town board on Feb. 13: In talking to ...

To the editor: I write this with great sadness, and deep fear for our nation. I have been a Republican my entire ...

To the editor: I am in support of the position and goals of the Lake Placid Residents for a Sustainable ...

To the editor: As usual this year, there is a long list of people and businesses to thank for assisting with ...

To the editor: Where are the North Country politicians ... the elected state senators and Assembly members from ...