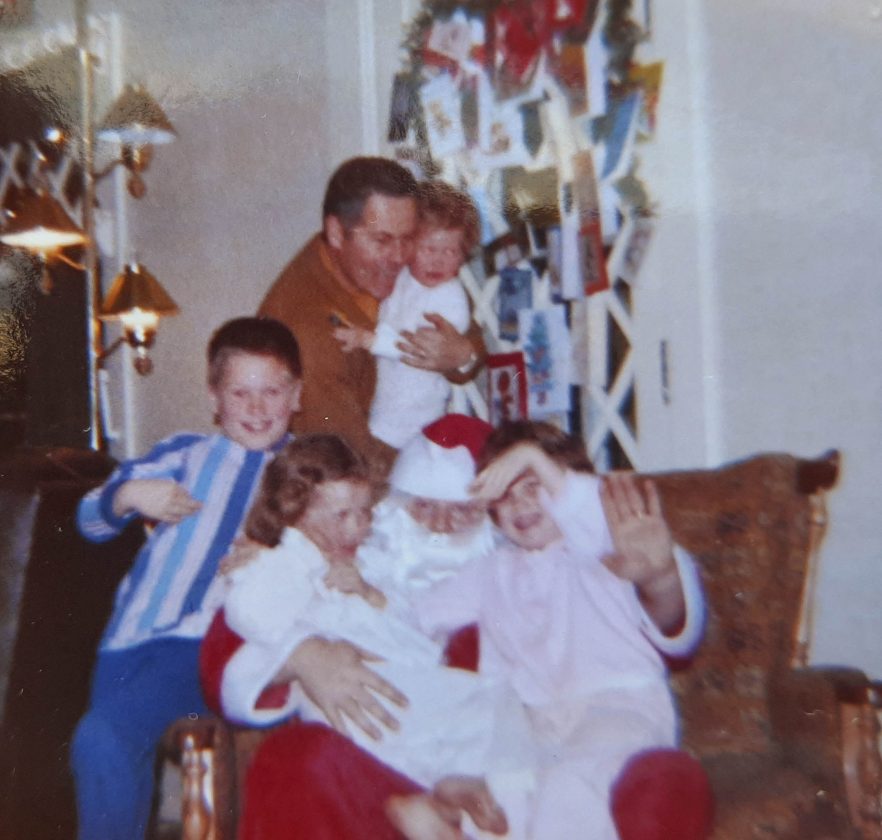 Bob Brown always had a story. If you are lucky, you have a few Bob stories yourself. In tribute to my neighbor, professor and friend Robert Emmett Brown, here are a few of my own.

Many residents of the Adirondack Park love the woods and wildlife; Bob Brown was leader of the club. Bob and Pat were our neighbors when I was young. One day I found a “sleeping” chipmunk and brought it over in a shoebox. We pondered her state of health, deciding the best prescription was a blanket of dandelions. Under an enormous cedar tree, Bob stoically uttered the ancient incantation for Marmotini (chipmunk) healing. After tandem nap time, we reconvened to find an empty box, dandelions askew.

“It worked!” he exclaimed hands in the air. “She got better and ran home.” I often think of Bob when I am ushering turtles across the road in spring, or the various small-scale resurrections I conducted over the years. Miracles happen.

For decades Bob played an excellent Santa Claus, donating his fee to charity. One year Bob made a house call, jingle bells ringing, sporting a new, snow-white, $125 beard (quite a sum in 1973). The unexpected arrival of St. Nick in the kitchen amped up the four-kid chaos. I hysterically burst into tears. My sister Lori got so excited she ran smack into the door jamb and nearly passed out. Steve, already questioning the whole Santa gig, yelled at ear-splitting decibels, “You’re the guy next door! You’re Mr. Brown!” Undaunted by discovery, Bob stayed in character handing out candy canes and recalling our naughty and nice deeds, covertly relayed by my mother earlier that morning. Lori wistfully twisted her wet candy cane in Bob’s new beard while reciting her Sears book wish list. Santa Bob uttered no word of reproach. Finally, Santa Bob bid a merry Christmas to all, but not before reconverting Steve. He exited, lollipop stuck and swaying in his soon-to-be-trimmed beard, into the night.

The summer before third grade, my sister Polly was struggling with the Palo Alto reading system. Every morning Polly went next door, and Bob tutored her through a grueling curriculum of comic strips, jokes and short stories. In August, Bob and Pat dressed up in full regalia and held a backyard graduation ceremony, “Pomp and Circumstance” bellowing on their record player. Polly was presented with the first diploma from Brown University of Northern New York. Polly recalled, “Bob Brown made me love reading and shaped my life in a powerful way. That summer changed how I felt about school.” Polly has taught in an inner-city high school for over 20 years and is still, to this day, an excellent reader. 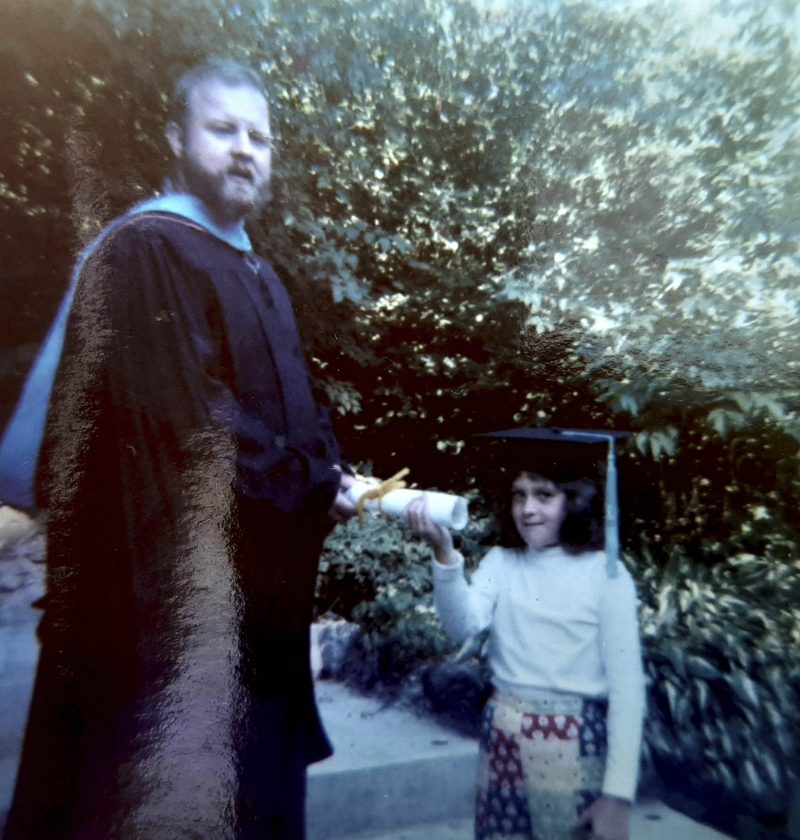 A great professor, Bob was a founding member of North Country Community College. He used symbols, not grades. He told great stories. One day I was tardy and sidled in nonchalantly, mid-lecture. Ever the humorist, Bob paused. “Amy, you can have a fishing license, and a hunting license, but just because I changed your soggy diaper does not give you license to arrive late.” I pouted in a useless protest. Bob wasn’t having it, and he pulled me aside after class in the hallway.

“Well …” Bob slowly read the comments: “You are not Shakespeare. Stop making up words.” He chuckled.

“Dave is a great teacher. Are you making up words?” he asked, blue eyes stern.

“Well … stop. Hey, here is your cousin!” Bob said as a pretty woman walked by, clutching a cup of coffee.

“Yes. This,” he said smiling, “is Patty Fobare. She’s been gone for about a decade. Have a chat; you’ll be great friends.” Patty and I started talking and haven’t stopped in 32 years. We’re, you know, sister-cousins, sistins.

I challenge you to find a more civic-minded and selfless person than Bob. (You will not.) Winter Carnival king to Pat’s queen, Bob supported all things Saranac Lake. He was heavily involved with the Fish and Game Club, the Masonic Free Lodge and NCCC. Bob supported me with encouragement or a phrase of redirection. I only earned a triangle in his sociology class, but he never stopped teaching me. He was right about Dave Campbell. He does know a thing or two about English. When I saw Bob at a pancake breakfast during Winter Carnival or the high school Spring Concert, I was given a hearty hug and a story. Bob was my friend. I was someone to Bob, and he was most certainly someone to me. If you’re lucky, Bob was someone to you, too.

As I type, wood frogs and peepers are frothing up our pond, under optimistic bright green tamarack buds. A ruby sunset brushes the peaks of Esther, Whiteface and Moose mountains. A lone white-throated sparrow heralds the stars; for this moment of grateful reflection, I am outside the wind. It is a perfect spring evening, which will graduate into night.

We all graduate. They look different this year, but the graduations and farewells continue, regardless of COVID-19. Did you graduate from Brown University of Northern New York? I did, with my siblings and thousands of other students, hunters and outdoor enthusiasts. Regardless of what you called Bob — neighbor, professor, colleague, friend, Brother Bob, Santa Bob or Brownie — he made a difference to many. Bob graduated from life top of his class.

Amy Cheney-Seymour is a freelance writer residing in Vermontville.