Letters from the Porch: The great outdoors

“The Healing Woods,” written by Martha Reben and published in 1952, is a memoir of the author’s time camping near Saranac Lake after curing of tuberculosis.

A family poses at one of the platform tents that were one prevalent in the Saranac Lake area. (Photo provided by Historic Saranac Lake) 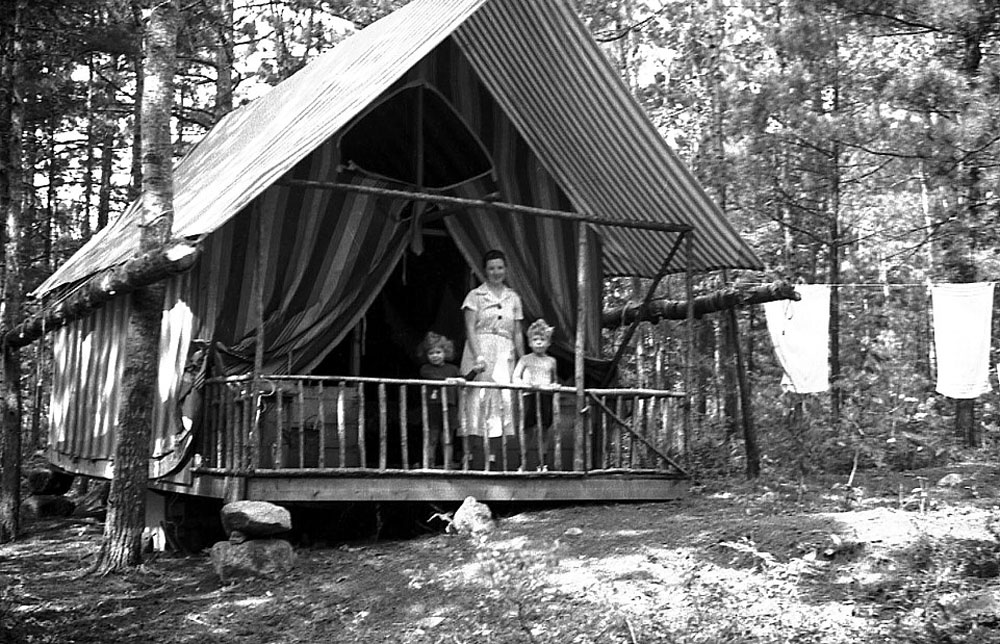 A family poses at one of the platform tents that were one prevalent in the Saranac Lake area. (Photo provided by Historic Saranac Lake)

Many Saranac Lakers find themselves heading outside during these unsettling times. In the woods around us we find a sense of peace, a place where human worries and sickness feel far away. In fact, the natural environment of the Adirondacks is at the heart of our history as a center for tuberculosis treatment. The fresh air and beauty of the region was believed to restore both body and spirit alike, and thousands came here from around the world in search of the fresh-air cure.

Long before the TB era, Native American peoples lived in harmony with the rich natural resources of the area for thousands of years. In the 1800s, newcomers began arriving, seeking profit and recreation. The riches of the wilderness enticed settlers, loggers, miners, hunters, trappers, vacationers and, eventually, health seekers.

Dr. Edward Livingston Trudeau first visited the Adirondacks as a young “sport” from the city to hunt and fish at Paul Smith’s Hotel. He fell in love with the pristine setting and the excellent hunting opportunities. Then in the 1870s, stricken with TB, he decided to come back to Paul Smiths, expecting to die. But during the summer he spent at Smith’s hotel, his health improved dramatically. He credited the natural environment, and eventually he established his sanatorium in Saranac Lake so that others could benefit from the fresh Adirondack air.

For 70 years Saranac Lake grew and prospered as a health resort, becoming very much a little city in the heart of the Adirondacks. Trains came and went some 20 times a day. Main Street grew with many specialty shops catering to the tastes of city people. By the 1930s, when Isabel Smith was curing at Trudeau Sanatorium, the rugged Adirondacks had been drastically reshaped by logging, railroads and population growth. But for a city girl, Saranac Lake was a haven in the wilderness. Isabel developed a love of the natural world that sustained her through 21 years sick in bed.

The outdoor life belonged not just to the TB patients on their porches. Many year-round and summer residents describe some of their happiest memories as the times they spent outdoors in the Adirondacks. Historic Saranac Lake has documented hundreds of stories about summers at the beloved platform tents, camping at Fish Creek, hunting and fishing, the timeless historic Great Camps, and climbing the High Peaks. (We look forward to sharing this history in our future expanded museum, and invite you to contact us with your photos and stories!) 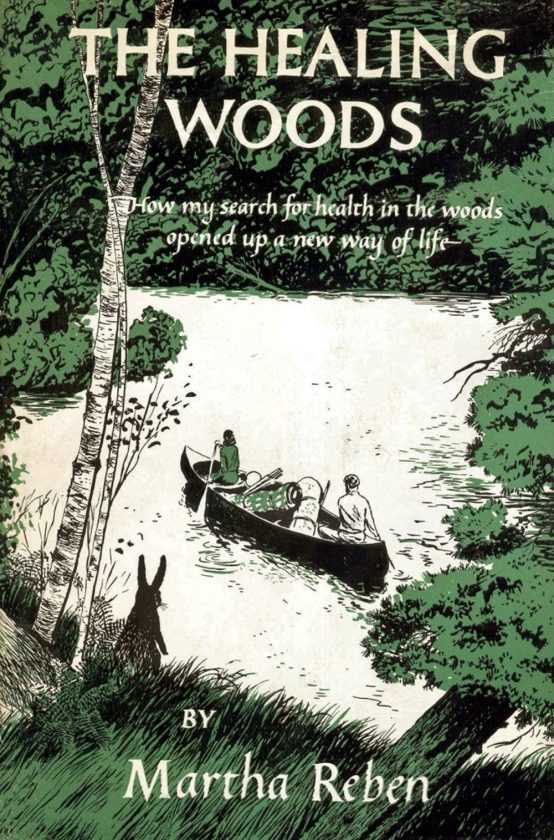 “The Healing Woods,” written by Martha Reben and published in 1952, is a memoir of the author’s time camping near Saranac Lake after curing of tuberculosis.

Wilderness author Martha Reben has inspired many outdoor enthusiasts. After a year of unsuccessful curing at the Trudeau San, Ms. Reben spotted an ad in the local newspaper for a different type of cure. Local boat builder and guide Fred Rice placed an advertisement seeking a patient to guide into the woods. Mr. Rice believed that TB patients who were spending their days in the village resting on cure porches would be better served by getting out into the forest. Martha answered the ad and spent much of the next 10 years camping in the great outdoors. There she found freedom from sickness and joy in the wildlife around her.

In her book, “A Sharing of Joy,” Martha wrote about hearing a flock of birds flying over her campsite: “… suddenly I saw, in one of those rare moments of insight, what it means to be wild and free. As they went over me, I was there with them, passing over the moonlit countryside. … The haunted voices grew fainter and faded in distance, but I sat on, stirred by a memory of something beautiful and ancient and now lost — a forgotten freedom we must all once have shared with other wild things, which only they and the wilderness can still recall to us, so that life becomes again, for a time, the wonderful, sometimes frightening, but fiercely joyous treasure it was intended to be.”

Now, as the weather finally warms, the loons are returning. What do you hear in their calls?

P.S. Now is a time to PAUSE, reconnect with loved ones and find safe, healthy adventures close to home. We will be here when the time is right, and we look forward to seeing you sometime soon!

More things to do with Historic Saranac Lake:

¯ Visit the Letters from the Porch archive.

¯ Help us document this historic time.

¯ Visit our Mount Baker daily photo diary — the turtles are back!