Stefanik seems to be saying lying is freedom of speech 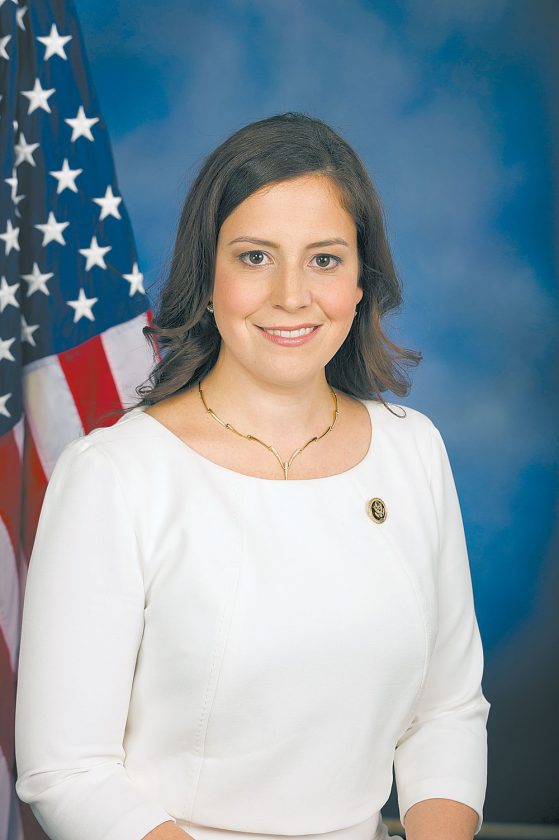 Twitter’s CEO, Jack Dorsey, said at the time that political ads include “unchecked, misleading information, micro-targeting and deepfakes,” which change video, audio and other images so the consumer is unable to determine what is real and what is not.

The Twitter folks had the courage to say they didn’t know how to police it.

If you are not familiar with Twitter — and I suspect many of you are not — it is an app you can get on your phone that allows you to post comments as long as they are fewer than 280 characters. You can follow any number of people on Twitter, and they can follow you. That’s how you get to see each other’s tweets.

She said she believes that “individuals, organizations and campaigns should be able to share their message directly to voters.”

You should pay attention to that.

What she is saying is that she wants an unfiltered message that is not open to questions or scrutiny from traditional reporters in the media.

She actually told the Adirondack Daily Enterprise that in a phone interview when they asked her about Facebook’s policy of not removing paid advertisements that spread misinformation. She told the Daily Enterprise she wants Facebook to remove falsehoods posted by foreign influencers but not domestic campaigns.

She opposes lying by foreign entities, but she believes that misinformation from American politicians is fine.

“There are examples where there is disinformation from foreign nations; we absolutely need to crack down on that,” Rep. Stefanik told the Daily Enterprise. “But when it comes to campaigns and candidates, we’re responsible for the content that we’re putting out there.”

Unfortunately, Rep. Stefanik has not lived up to her end of the bargain.

She has a spotty record in this regard, as media fact checks have found some of her campaign ads to be, at best, misleading, and, at worst, outright lies.

The editorial board of this newspaper asked her several months ago to make a commitment that she would not lie in her campaign ads.

The editorial board never heard back from Rep. Stefanik.

In the same interview with the Daily Enterprise, she said she believes voters can determine whether an advertised political message is true or not.

At best, that is naive thinking, at worst it lays the groundwork to employ misinformation through her campaign ads.

This appears to be a strategy for the long term, so she can do fewer appearances and town hall meetings with the voters.

She will instead use social media to connect with voters.

Rep. Stefanik makes an argument with her tweets that political ads on social media allow underfunded challengers to compete.

I suggest addressing campaign finance reform to level the playing field is a better use of her time, but I doubt that is being considered.

What is so appalling is that the real issue here is not “freedom of speech” for political candidates, but their inability to tell the truth in their own advertising.

And worse, Rep. Stefanik thinks that is OK.

Considering all that is going on in Washington, and all the problems confronting residents of the 21st Congressional District, Rep. Stefanik might want to spend her energy on something more important than what Twitter chooses to allow on its platform.

If you agree or don’t agree, you should tweet about it. It may be the only way that Rep. Stefanik will get the message.

Ken Tingley is editor of The Post-Star in Glens Falls.