Thanks from the rugby community 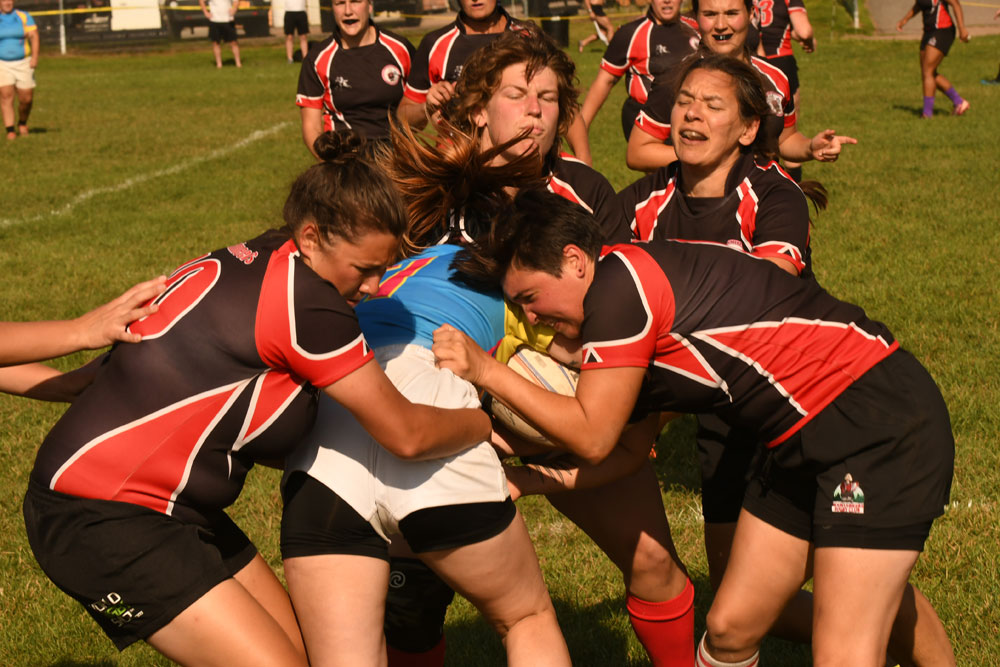 The goal posts are long removed, the lines have faded, and most of our bumps and bruises are gone, but rugby is still on our minds. The 46th annual Can-Am Rugby Tournament has come and gone, fall rugby seasons have started and the Can-Am board members are on to planning next year’s event.

I am writing this letter because it has come to our attention in various ways that even though the tournament has been a part of our community for 46 years there are many that don’t have a great understanding of who we are, what we do and about rugby in general.

The Can-Am Rugby Tournament, which started as just a small one-day rugby showdown hosted by the Mountaineers Rugby Football Club, has grown so much through the years. What started with just eight men’s teams in 1974 has expanded to include seven divisions such as the women’s division, which carries 32 teams, men’s social and club which totals in 48 teams, a variety of “old boys” divisions going from over-35 to over-60s and a wheelchair rugby division.

We have hosted national competition, Olympic hopefuls, medical seminars and have even played our part in a few weddings of rugby couples over the years. Many of the over 60s players have been to 40 or more Can-Am Rugby tournaments.

That being said this event has become much more than just a weekend of craziness in the Adirondacks. It is a tradition for most, something that players and their families look forward to every year. We have men and women who have been playing here for years that now play in one division and watch their son or daughter play in another. So many friendships and competitive rivalries have been formed but at the end of the day rugby players are a family. They battle on the field and then celebrate and congratulate each other off the field. Rugby is extremely diverse and worldwide, rugby clubs open their arms to anyone with the only question asked being “what position do you play?”

Even in our small community of Saranac Lake, as you look at the Mountaineers, you can see evidence of this. Every year wearing Mountaineers swag you will see players from many different backgrounds, races, religions, professions, etc. It is something that the rugby community takes pride in.

As the Can-Am Rugby Tournament board we try to take that approach off the field as well and do our best to help every group in our area that requests something from us. Over the years we have donated money, volunteer hours, equipment and Can-Am apparel when requested to golf tournaments, youth sports, community events and student scholarships. We have helped local high school rugby players attend camps and sponsored youth athletes on local sports teams. Yearly we make donations to programs such as the Saranac Lake Area Youth Program, Pee Wee Hockey, Adirondack Football League, Winter Carnival, 5th Quarter club, Pat Stratton Memorial Ride, Saranac Lake Baptist Church, various high school sports teams, a scholarship at Saranac Lake, Lake Placid, Tupper Lake high schools, North Country Community College and Paul Smith’s College. We accept requests throughout the year and normally do donations in January, so if your event or group is in need, please reach out.

We do all of this because we are a community-driven event and without all of you, our event would not be what it has become. Over the years so many have been involved in the success of the Mountaineers and Can-Am Rugby, and we hope to continue that success for many years to come. We love our tournament and our sport, but most of all we love our community and believe that our event is a benefit to the area. It is a true attraction to so many and we would love to get more of the community and residents involved. We are sure you will fall as much in love with rugby as we all have.

In closing I would like to take a minute and thank our sponsors: Rugby Imports, ROOST, Hyde Fuels, Grizle-T’s, U.S. Rugby Foundation and SportsInsurance.com. Also, a thank-you to the many businesses who advertised with us on our website and in the tournament program. And lastly a very important thank you to all of the people who have a hand in the tournament itself: the Mountaineers, Eric Wilson and Good Guy Productions, Saranac Lake Central School District, village crews from both Saranac Lake and Lake Placid, SL and LP ambulance squads, the athletic trainers, North Elba Park District, Dermott Morgan, Scott Nicholas and his crews from the Adirondack Football League, Ryan Schneider and his helpers from the Saranac Lake Baptist Church. Also, from myself a huge thank-you to the rest of the board, Director Jay Annis, Vice President and Treasurer Dave Staszak, Secretary Ericka Moody, public relations rep Jeff Letson, quad rugby representative Terry Tubridy and Mountaineers President Forrest Morgan.

I hope that this has given some insight to our community’s great rugby event, and please mark down July 31 to Aug. 2, 2020, so you don’t miss out on being a part of the 47th Can-Am Rugby tournament in Saranac Lake, the heart of the Adirondacks.

Cameron Moody is president of the Can-Am Rugby Tournament.

COVID-19 delayed a lot of plans. For me, it was delaying retirement by four months so we could adjust to the new ...

“To be interviewed from morning to night as the mother of Robert Louis Stevenson is no joke, I assure you, ...