A railroad to Lake Placid is not sustainable

To date, the rail-vs.-trail debate has mostly touted the competing benefits of the different possible uses of the Adirondack rail corridor. By now, most readers have heard those arguments those ad infinitum. Mostly left out of the debate, however, is any discussion of just who and how many would actually ride a restored railroad that originates in Utica, runs north to Old Forge and from there on to Lake Placid.

The Adirondack Scenic Railroad may have managed to survive so far by offering short scenic rides, but 140 miles of railroad from Utica to the Tri-Lakes area is true “transportation,” not just a “scenic ride.” Individuals seeking actual “transportation” are most likely traveling to a destination where they can then engage in a chosen activity (hiking, paddling, biking, skiing, etc.). For instance, one doesn’t board a plane to fly to ski at Aspen, Colorado, for the scenic view out of the plane’s windows. With transportation, the ride is simply a means to an end and not the main reason for the trip. A six-hour train from Utica to Lake Placid will never be as convenient and economical as driving.

A cursory look at both the geography and population indicates there is no way a railroad could survive as a business by hauling passengers between those two locations. Utica is a city of 60,000 with perhaps another 30,000 in its greater metro area. There are, by federal census, about 10,000 people in the towns along the corridor between Utica and Lake Placid. This is a very sparse market for potential riders of the proposed rail service.

Rail supporters have countered that Utica is served by four daily Amtrak trains in each direction, as though the possibility of “cross-platform transfers” in Utica will “ensure” a steady flow of passengers to Lake Placid from downstate. However, according to the timetable in the ASR’s business plan, no ASR train actually connects with Amtrak for those coming from New York and Albany. As proposed in that plan, the one daily ASR train would leave Utica for Lake Placid at 8:40 a.m. But the first Amtrak train from Albany and New York doesn’t arrive in Utica for another three hours. That is clearly not a “cross-platform connection” and necessitates an overnight stay in Utica to travel to Lake Placid. From the west, a train leaving Buffalo at 4:30 a.m. requires a 40-minute wait in Utica before transferring to the Lake Placid train. How many travelers would be willing to do that?

The current plan for track rehabilitation envisions restoring the line to Federal Railroad Administration Class II track, which limits passenger trains to 30 mph. If a train could maintain that speed from start to finish, it would take 4 hours, 40 minutes from Utica to Lake Placid. But six likely station stops (Thendara, Big Moose, Beaver River, Tupper Lake, Lake Clear and Saranac Lake) plus the touted drop-offs and pick-ups of paddlers could easily stretch the trip to six hours or more. Add to that the time involved in getting to Utica in the first place, and you have a very long day of sitting in a train and looking out a window.

I’ll admit that the train ride from Utica to Lake Placid would be a scenic one. Should service actually be restored, the first few trains would likely be sold out, with business continuing to be brisk for a few more runs. But there’s an underlying problem: Once those who want to experience this six-hour ride have experienced it, it’s entirely predictable that the next time they choose to go to Lake Placid for a weekend or more they will choose a quicker, less expensive, more convenient form of transportation to get there.

This pattern of initial surge in train ridership followed by a steep decline is reflected in the extension of the scenic train from Old Forge to Big Moose. The first long train in 2013 was sold out, requiring two engines to get it up the grades. Soon, however, average ridership was down to 25 to 50 passengers per weekly run. Last year, service had fallen to only 10 trips, and these were confined to the fall foliage season. This level of use hardly justifies the public expenditure required to rehabilitate the 10 miles of track north of Old Forge. The same pattern was evident on the now-defunct Saratoga & North Creek Railroad’s operation in Saratoga and Warren counties.

So far, ASR has been selling “scenic rides” lasting a day or far less. As noted above, an extension to Lake Placid moves this train trip into the vastly different category of “transportation” where the destination is more important than the scenery along the way. Even if the ASR were able to alter its schedule to offer a true cross-platform transfer in Utica, a trip to Lake Placid (even from a point as nearby as Albany) would require a full day of travel each way. Which means that, according to ASR’s business plan, you would need to take a three-day weekend to spend just one full day in Lake Placid and environs. (How to get around once you arrive there is another consideration.)

Bottom line: There could never be a sufficient number of customers to sustain rail operations between Utica and Lake Placid. A far better use of the corridor is to turn it into a multi-use recreation trail for year-round use by both residents and visitors.

Tony Goodwin lives in Keene and is a founding member of Adirondack Recreational Trail Advocates. 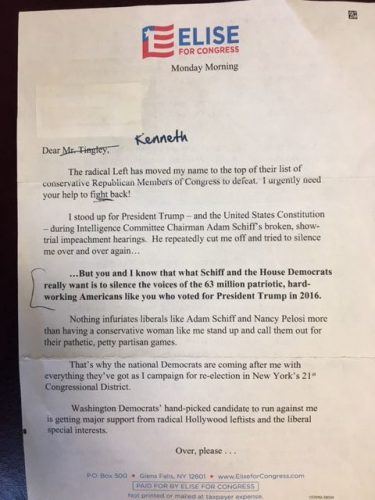