Let’s get on with it! 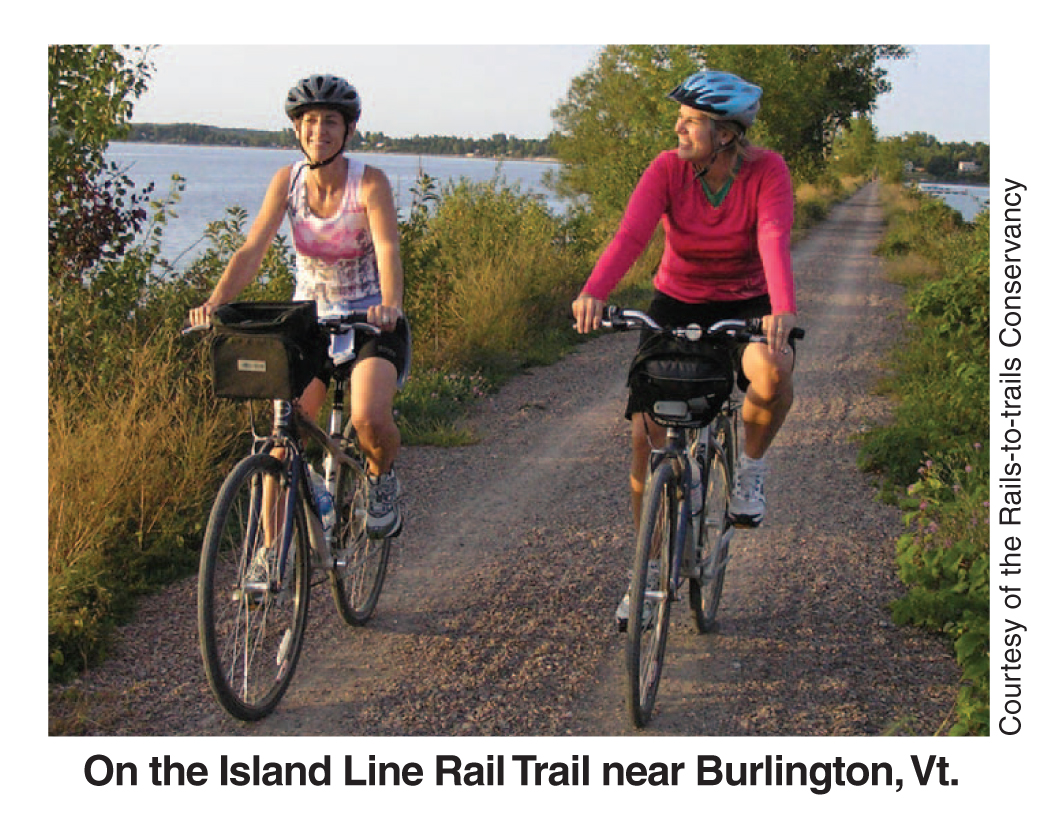 Ken Youngblood’s recent letter to the Enterprise envisioned the delights of a rail trail on the obsolete railroad corridor connecting Lake Placid, Saranac Lake and Tupper Lake. Let’s hope that, 10 years after this idea was seized upon by a newly formed group called Adirondack Recreational Trail Advocates, we will live long enough to actually see this recreational dream come true.

Youngblood referred to his experience with Florida’s Legacy Trail, a 10-mile rail-to-trail conversion that attracts hundreds of thousands of bicyclists, joggers and walkers. He also noted that the trail has been extended to capitalize on its popularity.

This is yet another rail trail success story providing further proof that bicycling is now a hugely popular outdoor activity for adults as well as kids.

My wife and I recently returned from a week on Jekyll Island, off the southern coast of Georgia, where much of this enchanting isle is laced with miles of bike trails. Next week we hope to ride our bikes yet again on the Island Line Rail Trail that connects Burlington, Vermont, with South Hero, with views of Lake Champlain and the Adirondacks across the way. Next month, before the summer crowds arrive, we are planning a three-day visit to Granby, Ontario, just over the Vermont border, where we’ll explore the countryside on 60-plus miles of bike trails, including a circuit around a Canadian national park.

Perhaps our all-time favorite rail trail is in the Blue Ridge Mountains of southwest Virginia. It’s called the Virginia Creeper Trail and extends 34 miles, the exact same distance as the anticipated Adirondack Rail Trail in the Tri-Lakes area. The Creeper Trail traverses equally beautiful forest and mountain terrain — and it attracts some 250,000 trail riders a year. Another favorite of ours is the 46-mile Withlacoochee State Trail in Florida, with annual attendance of 400,000 and a direct economic impact of $30 million, according to state estimates.

No surprise, then, that bicycling tourists are becoming known in the tourist business as “wallets on wheels.”

And yet, in an article in the May-June issue of the Adirondack Explorer magazine, Bill Branson, the tourist-train promoter, reportedly “sees no economic gain for struggling Adirondack communities from a hiking-biking trail.” Mr. Branson also wants to restore his beleaguered Adirondack Scenic Railroad all the way from Utica to Lake Placid. One reason he gives for doing so is that train service from Utica to the High Peaks region would help solve traffic and parking problems. Mr. Branson believes that visitors would be willing to travel here by a slow-moving train on a journey that would take up to six hours — plus the travel time in getting to Utica to begin with — and then finally arriving in Lake Placid with no easy means of getting anywhere from the train station.

What’s wrong with this picture?

Another oft-heard argument from the tourist train advocates is that we can have it all — a bike-pedestrian trail and a tourist train on the same single-track line. Fact is, we can’t. It’s been clearly shown that there isn’t room for both. Yet train advocates seem to think that repeating this refrain over and over will somehow make it so.

After all these years of studies and discussion, the debate should be over. The state is moving to make the Adirondack Rail Trail a reality. The public benefits are generally recognized; converting the travel corridor between Lake Placid, Ray Brook, Saranac Lake, Lake Clear and Tupper Lake into a world-class rail trail will add to the outdoor enjoyment of the Adirondacks for both residents and visitors. This rail-to-trail conversion will also help to make bicycling — for people of all ages and physical abilities — an activity on par with paddling, fishing, mountain climbing and skiing.

Restoring and improving rail service between major American cities deserves the support of all of us. But a rail trail connecting the Tri-Lakes is what we need in the Adirondack Park for both economic and quality-of-life reasons.

Dick Beamish lives in Middlebury, Vermont, and is a co-founder of Adirondack Recreational Trail Advocates.