How writing (and talking) about Kate Smith got me in trouble 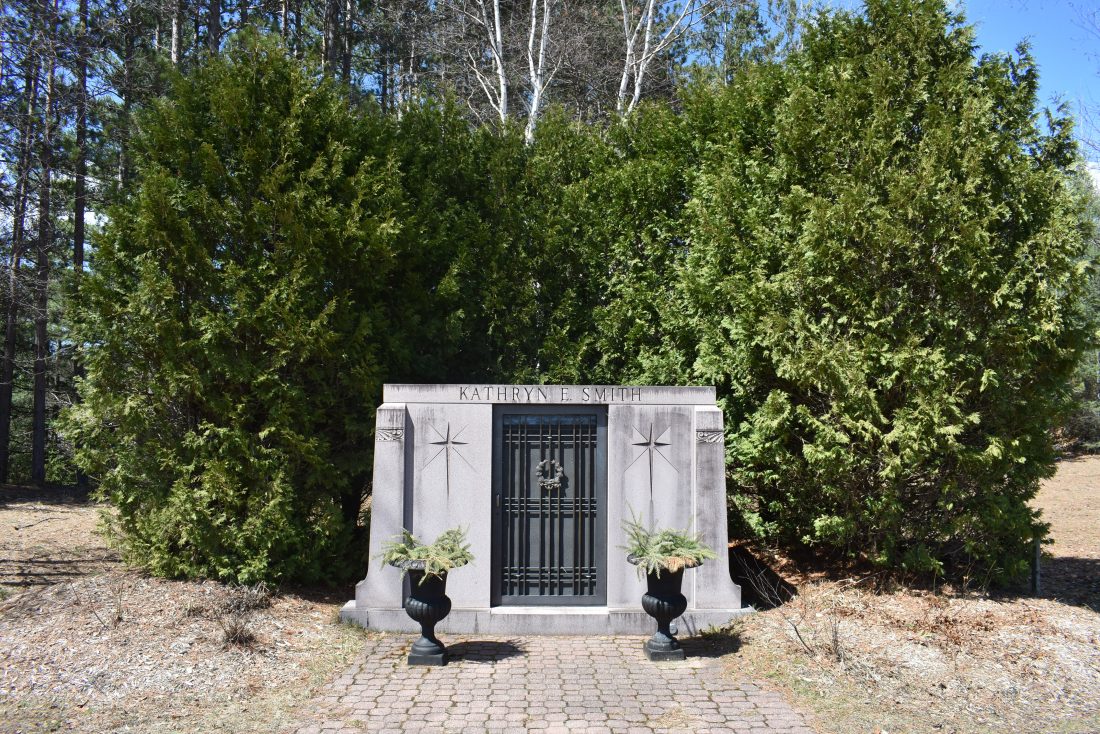 Kate Smith, the singer famous for her rendition of “God Bless America,” is in the headlines, and that calls to mind the headlines she made after her death nearly 32 years ago when I was a cub reporter at the Adirondack Daily Enterprise.

My coverage of Smith, who was a longtime summer resident of Lake Placid, also drew some uncomfortable attention to myself, but more on that in a minute.

As you probably have read by now in news accounts, including an excellent one in the Enterprise, the Yankees and the Philadelphia Flyers have stopped playing Smith’s “God Bless America” at their games after it came to light that she also sang songs in the 1930s with racist titles like “Pickaninny Heaven” and “That’s Why Darkies Were Born.”

That news brought me back to 1987, when I was a reporter at the Enterprise and for months covered a different controversy involving Smith.

Smith died in June 1986, and in her will she stipulated that she be interred in a pink or rose-colored granite mausoleum at St. Agnes Cemetery in Lake Placid. But St. Agnes Church, which oversaw the cemetery, had a ban on above-ground burials.

And thus, a stalemate was born.

Making it all a bit tawdry was that she left $25,000 to the church and half the residuals of her estate. Some critics said the church opposed plans for the $90,000 mausoleum ($201,000 in today’s dollars) because it would eat into its share of the money.

“Time running out to bury Kate Smith this year as mausoleum debate rages,” read the headline on a June 24, 1987, front-page story in the Enterprise in which I breathlessly reported how the feud showed no signs of resolution.

(The church and estate ultimately compromised and allowed a scaled-down version of the tomb she wanted. Almost 18 months to the day after she died, the church hosted a regal sendoff for the woman who was known as the First Lady of Radio.)

Back in 1987, even The New York Times wrote about the battle over her burial. As a new reporter hungry for stories, I was hooked on covering every jot or tittle about this one.

Professionally, that was great. Personally, not so much.

Here’s why: My first wife and I were newly married and newly relocated to Saranac Lake from New York City. She was an elementary school teacher in search of work, and found a job teaching at — you guessed it — St. Agnes School.

My repeated hammering of the controversy in the news pages of the Enterprise caused a wee bit of tension with the parish pastor, the Rev. Robert Lamitie.

My wife had taken my surname in marriage, and let’s just say that “Mele” was not a common Adirondacker family name, so he asked her if she was related to this muckracking troublemaker journalist Chris Mele.

As I recall, I think she joked that she had no idea who this Mele character was. Nope, didn’t know him. Never heard of him.

To his credit, Lamitie didn’t give her any more of a hard time. Naturally, though, I found a way to make things more difficult for myself.

Much like Ralph Kramden of “The Honeymooners,” I have a big mouth and opened it wide when a columnist — Jim Six from the Gloucester County Times in New Jersey, not far from Philadelphia — began writing about the prolonged Smith saga.

Smith was revered among fans of the Philadelphia Flyers, where her version of “God Bless America” was played for decades and where she even made personal appearances to sing.

Six called me at the Enterprise to get, I thought, some background. Bewildered, he asked, “So while this is all going on, where the hell is her body?”

I explained how in the Adirondacks the ground was essentially permafrost in the winter and no burials took place until the spring at the earliest.

He was incredulous and again asked where her body was.

And this, dear reader, is when I learned you ought to be careful about what you say to a reporter because they might actually just quote you accurately.

“Oh, Kate’s in a Kelvinator!” I said, referring to one of those large commercial freezers and delighting with my clever little bit of alliteration.

Six wrote a column expressing outrage about how this American icon was being mistreated, and, as promised, he mailed a clipping to me.

He quoted me as an authority about the controversy — and he also used that Kelvinator quote.

My city editor at the time, Shawn Tooley, was not at all amused and reamed me out, though the editor and publisher at the time, Bill Doolittle, shrugged it off.

Thankfully, this was at a time before there was an internet and few people were exposed to my insensitive, stupid comment.

Yep, all of that was in the past in those pre-internet days.

Yes indeed, nobody will ever know about it.

Christopher Mele was a reporter at the Enterprise from 1986 to ’87 and is now a senior staff editor and weekend editor on the Express Team at The New York Times. He lives in Lords Valley, Pennsylvania.