A different glimpse into Anzac Day 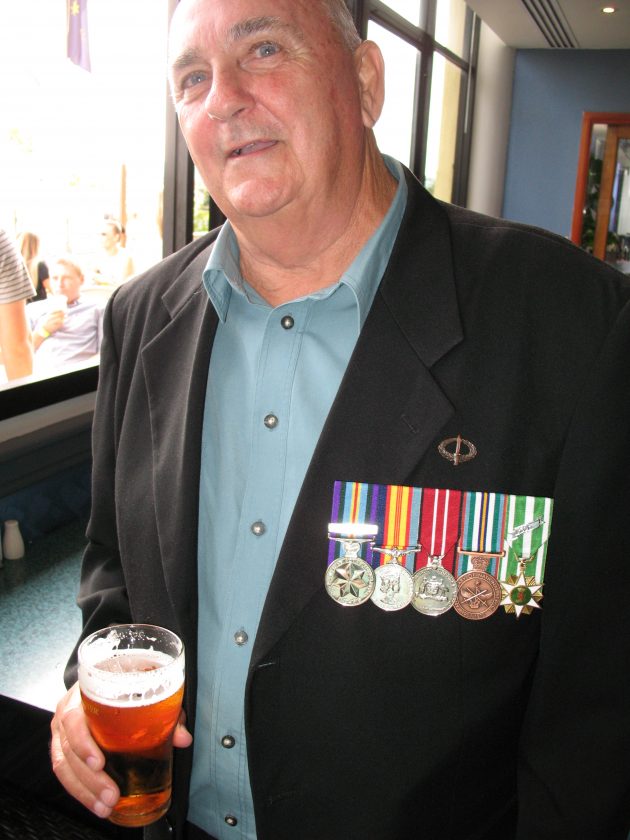 Anzac Day is Australia’s and New Zealand’s Memorial Day and Veterans Day all rolled up into one. Usually such occasions mark the end of a war or a great victory. Down Under, April 25 commemorates the first day of a battle which, eight months later, would become a terrible defeat. On that date in 1915, soldiers from the Australian and New Zealand Army Corps (ANZAC) made a 4 a.m. landing on the Gallipoli Peninsula (in what is now Turkey) in what was supposed to be a diversionary feint for the main attack at dawn by British forces. The joint force mission: to silence the big 5-inch guns that the Turks had entrenched on the high bluffs to protect the Dardanelles Strait from Allied warships.

The British command, following the textbook, announced their presence with a pre-dawn shelling — giving the Turks time to man the machine gun encasements overlooking the beach … enough bunkers to spray the breadth of the landing zone. A slaughter resulted, and with the invasion repelled, the Turks were able to redouble their efforts against the ANZAC forces. Gen. Ian Hamilton, the British commander, refused a request to retreat: “You have got through the difficult business; now you dig, dig, dig, until you are safe.” Ever after, Australian soldiers were known as “diggers.”

Laurel and I celebrated Anzac Day in Australia while living in a home exchange along the fabled Gold Coast. At 4 a.m. on April 25, veterans gather to drink rum together at RSL (once an acronym for Returned Soldiers League) clubs throughout Australia. Tradition has it that troops, knowing they were in for a bloodbath that day, laced their morning coffee with rum. Then at 8 a.m. the RSLs serve up a Gunfire Breakfast, because that is what the Turks served up come daylight on that day in 1915.

And so, after a morning memorial service during which a bugler plays “Last Post,” the rum drinkers join with the beer drinkers at the RSL in a rowdy afternoon of Two-Up, a game the soldiers played to pass the time while they dug in on Anzac Beach. At RSL clubs they crowd around a place called the pit and hold fistfuls of cash in the air, shouting either “heads” or “tails” — or “Ewan” if they think the two coins will split heads and tails. Someone else matches the $10, $20 or $50 bill to cover the bet.

As soon as the two coins land, a chorus of cheers and groans erupts, and fistfuls of cash exchange hands. More cash is held in the air, the next round of bets covered, and another spin with just enough time to chug another beer or glass of rum. The afternoon disintegrates into an ear-splitting binge. You don’t see too many of the vets in the crowd. One Vietnam vet dismisses the Two-Up frenzy: “Usually the young crowd, camp followers, you might say.” 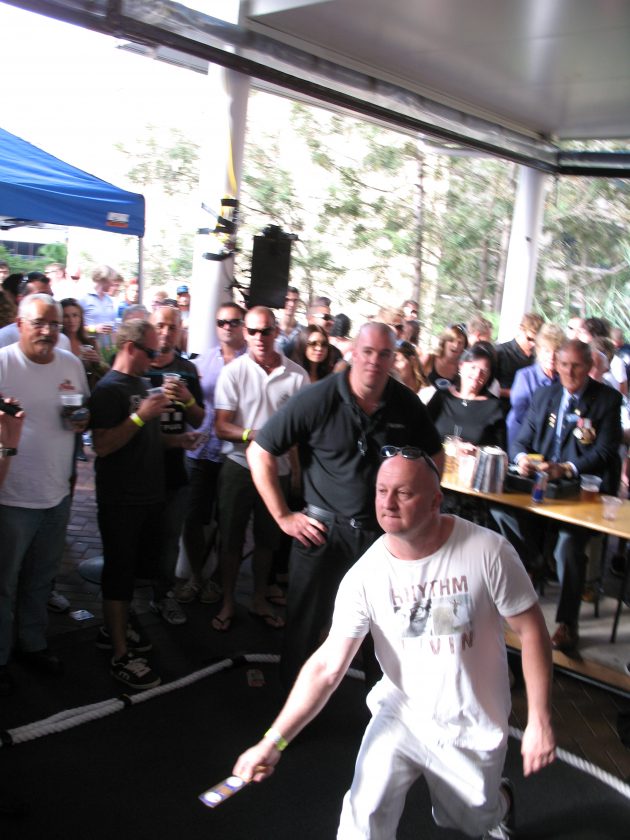 Anzac Day is revered in New Zealand and Australia because it marks the first time these two countries sent troops to a foreign land as autonomous nations. When the Allied troops finally withdrew from Gallipoli, they left behind 70,770 dead. Of these numbers, 8,700 were Australians and 2,700 New Zealanders. But these were young, sparsely populated nations. Their losses, proportionate to their population, were huge. By the end of World War I, 60,000 Australians had given their lives to fight in a foreign land. And only one had been brought home to be buried on Australian soil.

Years later, the RSL received permission to bring a ton of sand from the shoreline of what had been rechristened Anzac Beach. Vials of it are displayed with all the reverence of religious relics in RSL clubs across Australia. Laurel and I were guests at the Mudgeeraba RSL on the eve of Anzac Day. I was staring at a goblet of Anzac sand when a Navy veteran of Vietnam came up behind me and said, “Look close and you can see the fragments of bones.”

We spent Anzac Day at the Robina RSL, where I met Bruce, a digger who had served in Vietnam. He was not the first Vietnam vet I met in Australia. Nor the second, nor the third. Ken, the friend who drove us there, had served in the Navy. And in the home we enjoyed during our exchange, on John’s office wall was a framed print. John is yet another Vietnam vet.

Listening to Bruce, I realized that for Vietnam vets, Australia was not at all far away from the experience of their counterparts in the States. Here, too, the Vietnam War divided the Australian public as much as it did people in the United States. For the first time in the nation’s history, troops had to be conscripted. Bruce remembers with disgust Prime Minister Harold Holt uttering those famous words, “All the way with LBJ.” He was one of those conscripts.

“The bloody war over there … did you ever see the movie, ‘Apocalypse Now’? It was just like that. Surreal. What you saw thinned the steel in you.”

Bruce could never forget sneaking out of his hospital bed with an IV in his arm so he could get to the john. He met an officer with a tennis racket in his hand, who looked at the trolley Bruce was wheeling with the IV swinging from it and asked, “Where do you think you’re going?”

“To the (expletive) head,” Bruce told him. Bruce looked at the tennis racket and said, “Where are you going?”

“It’s Wednesday, and we play tennis Wednesdays,” was the reply.

Like his U.S. counterparts, Bruce suffered some of the same difficulties adjusting once again to civilian life. For years after he got back, he struggled with alcoholism. “You survive that hell hole and you think you are bulletproof,” is how Bruce put it.

And like vets in the States, he returned to a country torn by protests. “We got back on April 24, 1968, and me and my mates were looking forward to marching in the Anzac parade. But they kept us confined to base. Seems the old mates in the RSL were afraid they’d get paint thrown on ’em. They didn’t want us ruining their parade.”

Now, over a century later, Frenchmen gather at the end of Anzac Day to play taps in honor of those from Down Under who paid the ultimate price. Why? Because they had come from a safe place far removed from the battlefield to fight someone else’s war for freedom and sovereignty. One digger waggishly remembers a Frenchman saying, “You came so far to die.”

“No,” the digger replied, “I came yesterdie.”