When winter hit in mid-October, it caught us unprepared. We didn’t have any heating system at our farmhouse. With no heat at the farm, all of us, except the cats, moved into our shop in town.

We got a furnace put in at the farmhouse, but I had to clean the ducts before we could run it. Then there were a few bugs to work out of the system. I’d been out to the farm a few times to refill the cat feeder and waterer, water the plants and check on the heat, but with one thing and then another, the cats ended up being pretty much alone at the farm for six weeks before my wife, the dogs and I all moved back out there.

We’ve always had wonderful, sweet cats, but the two we have now are a challenge. They’re brother and sister, and they’re fiercely devoted to each other. When I say “fiercely devoted,” it’s no overstatement. If one of us accidentally steps on one of their tails (just a tiny bit), if that cat hollers, the other cat rushes to defend and avenge the “injured” sibling, usually directing the attack toward our indoor dog, Rosebud, who hasn’t had anything to do with it. Rosebud is tough enough to stand up to coyotes, but she never defends herself from the cats, who continue the attack until we can physically separate them with a closed door.

With the two cats having been alone with each other for six weeks, it was not without some trepidation that we planned our move back to the farm. Our other two dogs are outdoor livestock guard dogs. Their only access to the house is an unheated back room that the cats can’t get to. Our plan was for me to take all three dogs through the garage, through the back room, across the deck, under the deck railing and down into the fenced pasture. We figured we’d keep Rosebud outside with the big dogs until the cats had adjusted to all other aspects our return. No loud noises, no excitement, nothing to give them any excuse to go “psycho cat.”

All went fine, just as planned.

I put a frying pan on the range to heat up for a late supper of pancakes. Then I went upstairs to join my wife and Rosebud in the library while the pan heated up. One thing led to another, and too much time passed before I remembered to check the pan and get the pancakes started. Just as I started down the stairs, I smelled burned butter, which was immediately followed by our smoke alarms and our monitored fire and security alarm siren going off. I turned off the stove, silenced the security system and tossed the screaming smoke alarm out the front door. Then I reached for our cellphone to call the alarm company before they dispatched the fire department … but it wasn’t in my pants pocket. It wasn’t in my coat pocket. It wasn’t on the table by the front door. I knew the security company would be calling, but I didn’t hear the phone ringing anywhere. We only have one phone. We don’t have a “next door” neighbor out at the farm. I couldn’t call the security company. I couldn’t even call the missing phone to try to locate it.

I went out to the car. I couldn’t find it there. I started pawing around in the snow outside the car, but no luck. About that time, a car with a flashing blue light drove up, and a man in full firefighting regalia got out. I explained what had happened, and I asked him to call the phone while I listened near the car. Nothing.

He said that he had to see what had happened. I brought him in and showed him the now-cool frying pan, and I showed him where the smoke detector had been mounted. I asked him to call my phone again while I ran out back to where I had crawled under the deck railing with the dogs. As soon as I got on the deck I heard that familiar, slightly annoying but oh-so-welcome ring tone, and I saw a strange blue glow emanating from under the snow about 10 feet off the deck. Triumphantly, with two big dogs very interested in helping, I dug the phone out of the snow and returned inside to where the fireman’s snowy and muddy boots were slowly thawing and dripping on the wood floor, and my wife was quietly fuming. I thanked the fireman, and I escorted him back outside to where a whole battalion of vehicles, of all sizes, had now convened, with flashing lights all over. After I answered a few questions and I apologized, the kindly volunteer battalion departed without any unnecessary words to worsen my humiliation.

Incredibly, the cats, who had always gone “psycho cat” at the least excuse, took it all in stride. They seemed to have been unphased by the screaming alarms, nonplussed by the large, helmeted man clad in garish yellow rubber intruding into their private domain, and entirely unaffected by the arrival of all the huge, noisy vehicles with the frightening flashing lights. Apparently, the cats were just glad to have us back with them. I was quite chagrined to have brought out the fire department, but I was still glad to have recovered our one and only telephone, and I was grateful for the assistance and good nature of the members of the Bloomingdale Volunteer Fire Department. 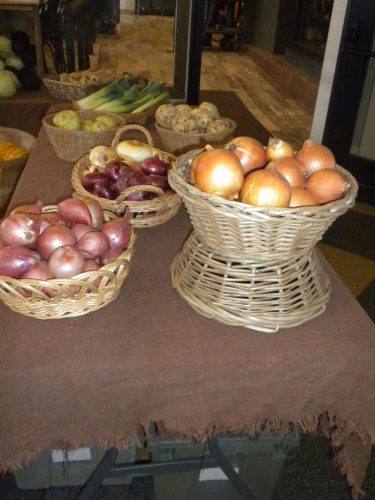